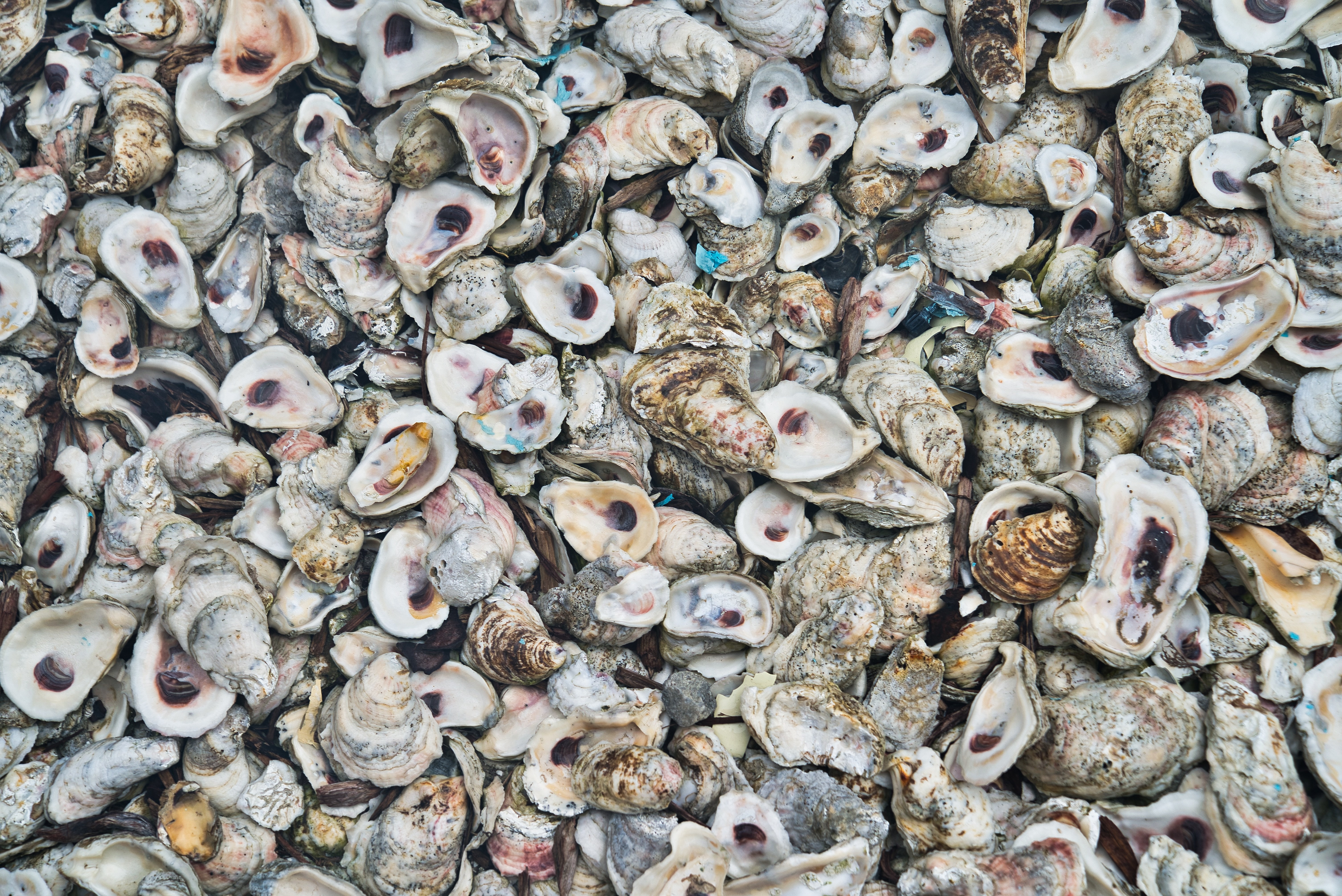 When Henry Hudson arrived in New York in 1609 there were 350 square miles of oyster reefs in the harbor that eventually took his name. Due to overharvesting and pollution, by the early 1900s, the reefs were eradicated. This was an environmental catastrophe because oysters are crucial to the biodiversity of their habitat. They are a natural water filtration system, filtering 30 to 50 gallons of water a day and providing food and shelter for a wide array of marine life.

The loss of the oyster reefs, however, is not irreversible. Nestled quietly on Governors Island, 1.2 miles south of Wall Street, is the Billion Oyster Project. Their mission is to replenish the harbor with 1 billion oysters, to start.

I discovered Billion Oyster Project because, coming from Seattle, I’m accustomed to sustainability and environmental responsibility being a way of life, and an issue that is spearheaded by the constituents, and not shunted onto the legislature or politicians who hopefully have a conscience. In Seattle I volunteered as much as I could for various charities and organizations. In New York I wanted to continue volunteering and to aid in what I considered a surprisingly antiquated sustainability system.

This desire first led me to Queens Botanical Garden and then to Earth Matter, which is on Governors Island. Whilst exploring Governors Island on one of my volunteer days, I found Billion Oyster Project and asked about volunteer opportunities. I was more than excited to build oyster cages and do my part in helping New York find equilibrium with its environment.

Despite having spent a significant amount of time at Billion Oyster Project and knowing what they were trying to accomplish, I realized that I had nothing other than a superficial knowledge of their origin. For more in-depth information, I spoke with Peter Malinowski, the executive director of the organization. Mr. Malinowski has been in his current position for 2 years and has been involved with the New York Harbor School for the last 11 years. Peter was more than happy to expand my knowledge and bring clarity to more than a few facts upon which I was misinformed.

The Billion Oyster Project is a nonprofit organization whose goal, Mr. Malinowski said, is “to use oyster restoration, and training young people to restore oysters as a way to change the relationship that New York City has with the natural environment around it.” he explained, New York Harbor is, “the city’s largest open space and it should be central to the culture of New York City, and it’s not. We think that by getting as many New Yorkers as possible involved in restoring oysters to the harbor, we can begin to change that relationship.”

Billion Oyster Project was officially launched in 2014. The organization grew, Mr. Malinowski said, from “the aquaculture program and the restoration programs” at the New York Harbor School, a public school also located on Governors Island.  Another point of inspiration for the organization was Million Trees NYC. He added that, “Million Trees NYC was a big project of the city to plant a million trees throughout the city. So, we developed Billion Oyster Project as sort of the aquatic analog.”

The New York Harbor School is central to the existence of The Billion Oyster Project. He shared that the idea behind the school, “was to train students using the New York Harbor as a classroom and the maritime experience of New York City as a theme for teaching and learning. As the school evolved, there became apparent a need for one large scale project to focus the teaching and learning around. Oyster restoration makes sense in New York City because it is the dominant habitat type in the harbor.”

The Harbor School was originally located in Bushwick Brooklyn, which ironically is the furthest neighborhood from the water in New York City. The school’s founder, Murray Fisher, who is also the co-founder of Billion Oyster Project had always intended to relocate to the waterfront. So when the school was granted funding to renovate a building on Governors Island they jumped at the opportunity.

Billion Oyster Project is currently building oyster reefs in 13 sites, some are 20 miles away in four different directions. From JFK Airport to Raritan Bay and up the Hudson to the Tappan Zee Bridge and also in Western Long Island Sound. This makes their work no small undertaking by any stretch of the imagination.

This large amount of work is being done by 30 full-time employees, the Harbor School students, and volunteers. There is still the need for more people to get involved. Regarding public involvement, Mr. Malinowski explained, “That’s key to our mission also. We realized early on that the only way to do something like this in New York City was to get as many people involved as possible.” Volunteers do things like help build oyster cages and monitoring these reefs.

The Billion Oyster Project makes it easy for restaurants to get involved, as Mr. Malinowski said, they “work with the Lobster Place, a seafood distributer, to do the pickups.  Restaurants separate their shells into bins provided by us. The Lobster Place drives a refrigerated box truck around Brooklyn and Manhattan 5 days per week to exchange empty containers for full ones.” Basically the same effort that is put into throwing the oyster shells into compost or landfills could be simply redirected to placing them into bins for an easy pick-up. The frequency of the pick-ups ensures that no sanitation or health issues would arise.

Despite the strong connection to restaurants, the new oysters that are a result of Billion Oyster Project’s work are not for human consumption but are solely for the replenishment of oysters and oyster reefs in the harbor.

To date Billion Oyster Project has restored 30,000,000 oysters, resulting in 19.7 trillion gallons of water filtered, 72,500 pounds of nitrogen removed, and 1,400,000 pounds of shells reclaimed and recycled. These numbers may seem gargantuan but when one considers the size of New York Harbor, this is only a beginning.

Billion Oyster Project’s intention is to replenish New York Harbor with one billion oysters by 2035. Of this, Mr. Malinowski said, “a billion oysters sounds like a lot but given the scale of New York Harbor it’s really not. I think that they’ll just be the first step in our work to continue restoring oyster reefs, getting people involved.”

Billion Oyster Project hopes to make New Yorkers significantly more aware of and involved with New York Harbor, and through their stewardship, to facilitate the rebuilding of the oyster reefs to their former glory days when Henry Hudson first sailed into the harbor. As Mr. Malinowski puts it, “We think the harbor shouldn’t just be looked at as a system of waste conveyance and transportation but as an important natural ecosystem that should be preserved, protected and cared for.”