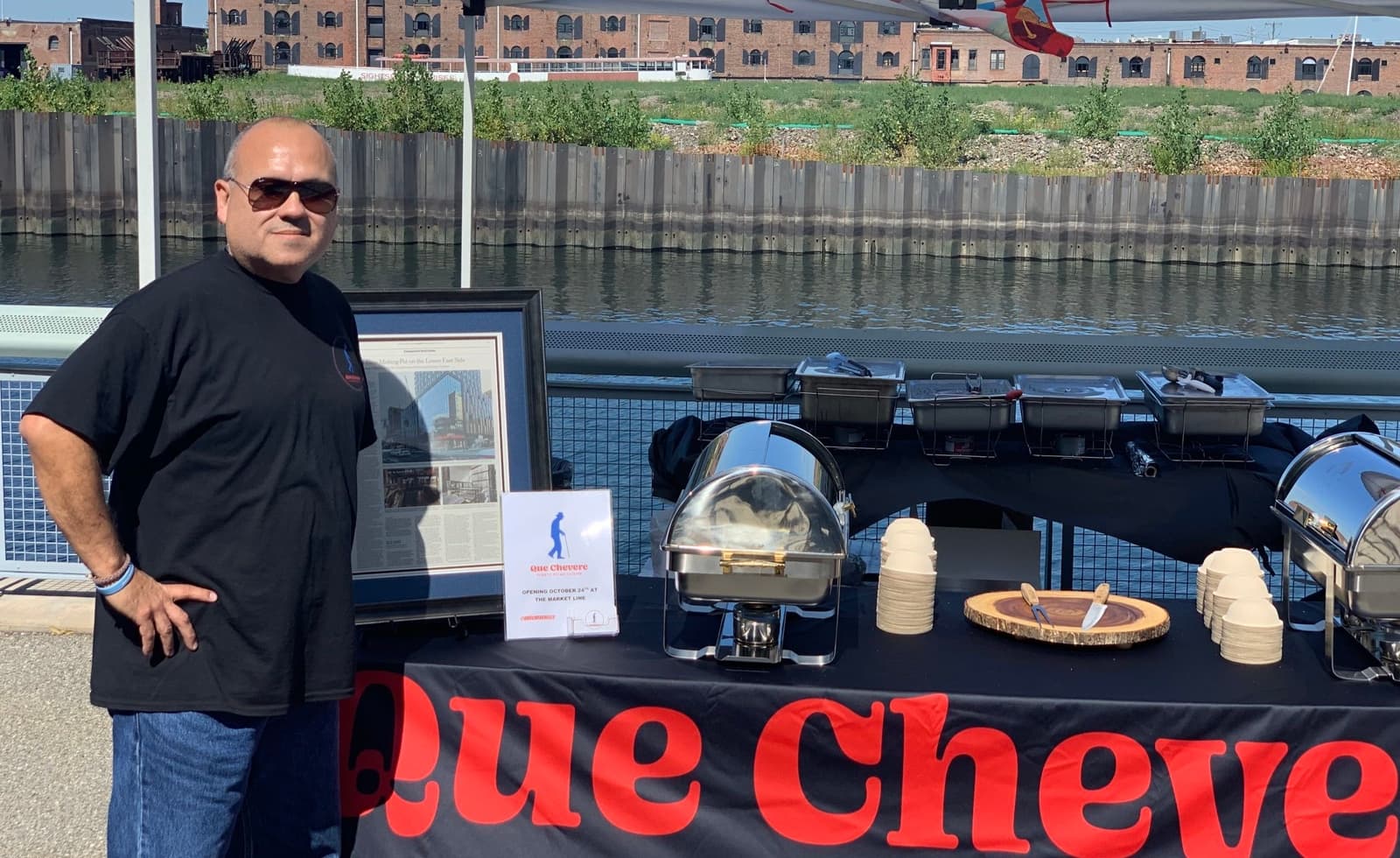 The dream of opening a restaurant was one that had been lingering in my mind for quite a few years. Back in November 2019 my dreams became a reality when I opened a Puerto Rican restaurant – Que Chevere, in New York City’s Market Line at Essex Crossing. The goal of Que Chevere was simple – bring Puerto Rican food back to the vibrant community of the Lower East Side.

We were thriving. Our small team was getting in a rhythm; all the while, finding great joy in introducing people to a cuisine that is often overlooked.

Then, just months after opening, disaster struck when COVID-19 made its catastrophic impact. We shut down Que Chevere with the hopes of reopening in just a few weeks so. To not cause any panic, I told my team to take a few weeks to relax and then we would reassess.

What we didn’t know at the time was that it would be months before we would be back in the kitchen cooking our beloved pernil, chicharron de pollo, and tostones. The weeks turned into months and soon I was forced to start laying off employees. With two of my own children on the team, it was tough, from a business and parental perspective, to have to temporarily remove them from Que Chevere.

Now, five months later, things are certainly different. Masks and social distancing are mandatory, and people are much more cognizant about what they touch, who they meet, and their overall safety. To create a safe environment, I sourced PPE equipment and held full team trainings on the new safety and hygiene procedures to ensure we follow all state and CDC guidelines.

The team found it to be an added layer of stress at first, but now we’ve all come to realize this is the new normal and as hard as it is, we’ve got to make it work. As a former Marine, I’ve been able to take the old Marine Corps mantra “Adapt and Overcome” and put it to good use.

Just a few weeks ago we finally reopened for pickup and delivery. But, as a brand-new business that was shut down by COVID-19, we quickly realized that our brand recognition was minimal and, on top of that, people are not very familiar with Puerto Rican cuisine.

In order to combat these hurdles, we held a pop-up outside of our storefront one Saturday afternoon and also agreed to be an exclusive participant in The Market Line’s Open Air Patio. Further, we’re looking to participate in outdoor food competitions – a venture which will be interesting to experience during these times because of people’s apprehensions about being in crowds.

An important part of the foundation of Que Chevere is to help support those in the Autistic community – raising money and awareness. Each August in New York City, Autism Speaks hosts a walk. Last year Que Chevere was the only corporate restaurant sponsor and we were able to donate over $7,000.

Now, with our business facing financial struggles and people not having the disposable income they did a year ago, we feel disappointed that we aren’t going to be able to raise as much money to help support those on the spectrum. I have children and grandchildren who are Autistic and to help create a brighter future for them is one of the reasons I got into the hospitality business to begin with.

Read Michael’s article on creating a restaurant to benefit people on the Autistic spectrum.

My hopes and dreams for Que Chevere are still alive, and they’re actually stronger than ever. While COVID-19 has thrown so many obstacles at businesses, business owners, and teams to overcome, on a positive note I feel it has made our personal relationships more valuable. Now, when people see their friends and family it feels, and it is, special, rather than just a normality. The time we spend together is cherished and not taken for granted, and because of that we can create special memories.