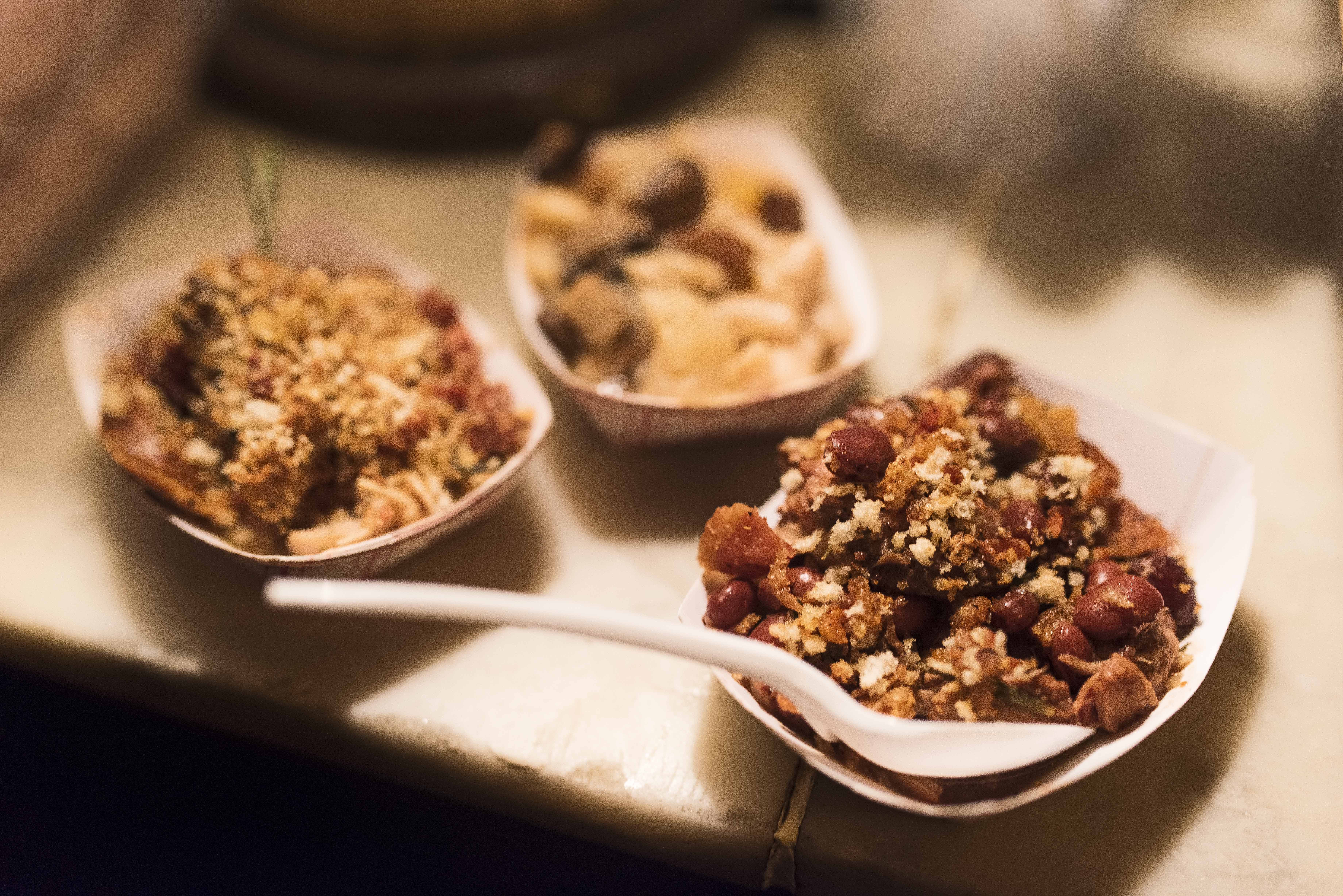 A French dish that originated as peasant fare in the sixteenth century, Cassoulet has since found a place in fine dining establishments way beyond France. Embraced today for its complexity and traditionalism, many chefs have maintained the fundamentals of tradition while expressing their own individual culinary roots through creative new versions of the dish.

Named for the clay pot in which it’s prepared, the cassole, Cassoulet is a rich mixture of white beans with meat. What meat it contains depends on exactly where you go. Even in the French region of Languedoc where the dish originates, you can find different iterations across its towns. In Castelnaudary, fresh pork and ham are added to the beans, in Carcassonne you’ll find mutton and partridges, and in Toulouse you can expect duck confit along with goose and sausage.

The meat used for a ‘proper’ Cassoulet is not the only source of disagreement about this meal. Paula Wolfert, author of The Cooking of Southwest France describes it as a dish “over which there is endless drama.” Debate ranges among tastemakers and historians alike, from whether to add breadcrumbs to exactly when it was first prepared.

Legend has it that cassoulet emerged in the Middle Ages when villagers, preparing for war, pooled the food they had together to feed the soldiers. Beans, pork, sausage and other meats were combined into a large pot. Experts point out however that there were no white beans in France until after 1530 when they were imported by Columbus and argue the dish did not exist in its modern form until much later than folklore would have us believe.

Eventually though, the heartiness and comfort provided by this dish were exported around the globe, and have become cemented in the American culinary landscape. James Beard credited its popularity here to Americans’ “natural fondness for the bean” as well as the fact that its richness “lends itself to our favorite way of entertaining—the buffet.”

Jimmy Carbone recognized the opportunity cassoulet presents to infuse this traditional French recipe with American culinary culture and created Cassoulet Cook Off. This event originated in his East Village bar and on January 25, Carbone will be celebrating the 12th annual competition among amateur and professional chefs to prepare the best version of the dish.

Although today this original dish is a point of pride, Jones admits he was fearful of experimenting for a long time. He got his cooking chops at Dennis Foy’s French restaurant Town Square and worried about insulting French traditions. But when he eventually branched out, inspired by the black eyed peas his mom would prepare over rice when he was a kid, Jones was pleased with the way his soul shined through the dish. This year at Cassoulet Cook Off, he’s planning a New Orleans Red Bean Cassoulet with spicy tasso ham, typically found in jambalaya.

Jared Male, the founder of Randall’s BBQ will also be combining various regional influences with his New England Baked Beans Cassoulet. His interest in combining smoky flavors in non-traditional dishes is part of what drove him to open his own restaurant in 2018. At Cassoulet Cook Off, he plans to bring together baked beans—a staple barbecue side dish—with his New England roots—adding lots of onion and bacon—and then add a French flair.

Among these dishes and others, such as Matthew Worgul of Gentle Giant’s ‘Zero Ducks Given’ Cassoulet and chef-turned-caterer Christine Kamienski’s Butternut Squash and Pear Cassoulet, first time competitor Bretton Scott may stand out for taking a more traditional route. He plans to prepare a Cassoulet with tarbais beans, duck confit, and goose and lamb sausage.

While not every choice he makes will be by the book, even in leaning into his personal taste Scott intends to keep the dish’s origin in mind. He’ll try to use more of the animal as well, incorporating goose liver into his stock and lamb fat into the sausage, remembering that this was a peasant dish designed to conserve as much as possible and use whatever was available. While Scott admits he feels he has a competitive edge, he thinks it’s important to enjoy this food, meant to provide comfort in troubled times, without getting overly caught up in styling and social media.

As much as Americans love comfort food, the French discovered it far before the United States was founded. And while the excitement of ten chef-driven styles and prizes awarded by celebrity judges are a hook for Brooklyn Cassoulet Cook Off, what keeps guests returning to this unconventional event year after year may be its most traditional component after all: the warmth and comfort Cassoulet provides on a cold winter day.