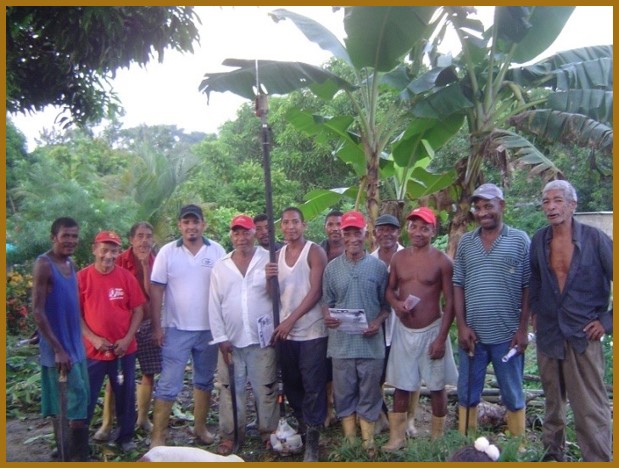 Producing chocolate in a nation that is the birthplace of the world’s finest cacao bean, the criollo, should be a flourishing endeavor; but that country is Venezuela, who today is suffering its worst political and economic crisis in modern history. At the hands of a corrupt President and government, inflation is predicted to reach a staggering 1,000,000% in Venezuela this year, and the UN estimates more than 2.3 million Venezuelans have fled the country since 2015. What used to be the richest nation in South America has now become one of the most desperate, leaving citizens fighting for food, water and other basic necessities.

Jorge Redmond, President and CEO of the venerable Venezuelan company Chocolates El Rey, spoke at Elevate Chocolate, the Fine Chocolate Industry Association’s summer conference in New York City. His topic was “Venezuelan Cacao: Through A Broken Looking Glass,” and he painted a dismal picture of the current status of his country.

High inflation is impoverishing growers. There is no public policy to modernize the cacao sector, there are dramatic levels of insecurity in growing areas causing the abandonment of farms.  ~ Jorge Redmond, CEO, Chocolates El Rey

He contrasted the situation in Venezuela to that of neighbors Ecuador and Peru who have established alliances between the government and the cacao private sector to increase production and yields, while Venezuela languishes. “There has been zero investment in research, genetics, and development of planting methods,” he continued, “while the government’s rigid exchange controls and licensing of export permits hampers diversification of exports.”

Against this bleak backdrop, growers, exporters and industry have maintained a solid relationship, united in the common cause to increase yields, quality, and conditions – an uphill struggle where the government seeks a dominant, invasive role. They are working together to achieve both immediate and long-range goals in a two-step program. First, direct investment, self-financed, to clean and prune farms, and double production. The second, a 15-year project, “Plan Cacao,” aims to elevate production to much higher levels through reconditioning and adding new acreage with modern farming methods that will require financing from other sources. The problem is that funding must be approved by the Venezuelan government, which has, up to now, not been willing to cooperate with any private initiatives.

The government imposes laws and regulations which challenge Venezuela’s democracy. There is complete mistrust of the private sector, while a serious economic downturn is a catalyst to public unrest.   ~ Jorge Redmond, CEO, Chocolates El Rey

El Rey, established in 1929, had previously encountered problems in the 1970’s and 80’s when the government monopolized the marketing of cacao and the company was forced to abandon exporting efforts. This move hurt El Rey and others right at the moment when the US and European consumers were opening up to fine chocolate.

We were convinced we had something to say; there were very few players and we focused on top-end makers and made efforts to convince consumers that we had access to the finest cacao beans in the world.   ~ Jorge Redmond, CEO, Chocolates El Rey

Redmond calls criollo “the Rolls Royce” of beans, prized for its delicate, complex aromas. Bakers and pastry chefs are the enthusiastic beneficiaries of El Rey’s wide variety of chocolate disc and blocks. Their 34% Icoa White Chocolate, with overtones of nut and caramel, was awarded the Gold Medal for Best White Chocolate in the World by the International Chocolate Awards from 2012 to 2016, and the Caoba Milk Chocolate 41% won Silver in 2017 for Best Milk Chocolate in the Americas. Other products in the line range from 73.5 % Apamate Dark Chocolate, whose high cocoa butter content gives it much less perceived bitterness than other dark chocolates, to Aniversario 56 % Milk Chocolate, one of the world’s darkest milk chocolates.

Following the 70’s and 80’s was a more stable period in Venezuela, which allowed the company to become a star player on the international stage. Today El Rey continues to produce prize-winning chocolates even under the most difficult of circumstances. Their fair-trade beans are sourced directly from small and large-scale growers through Aprocao, a democratically run cooperative that pays growers above market price directly, thus eliminating middlemen known as “coyotes.”

Through Aprocao, El Rey teaches growers how to manage the soil in a sustainable agricultural system, promoting natural cycles without chemical pesticides, and the beans are fermented, sun dried, and processed using state of the art technology. Carefully structured training sessions focus on transforming farmers into micro-entrepreneurs.

El Rey and other fair-trade Venezuelan chocolate makers continue their efforts to produce some of the world’s best chocolates and to advance the situation of cacao growers, despite political upheaval. As President Maduro seeks to overtake and drive away some of its largest companies, institutions like El Rey are still holding their ground, even in the face of a harshly uncertain future.

Redmond and other prominent business leaders in the cacao industry continue to emphasize the potential for the industry to help the failing economy. “Venezuela needs to re-establish its cacao sector as part of an economic diversification and as a key job-producing initiative, and the government needs to participate in the process as a promoting agent in this sector that put Venezuela on the map long before petroleum was discovered.”