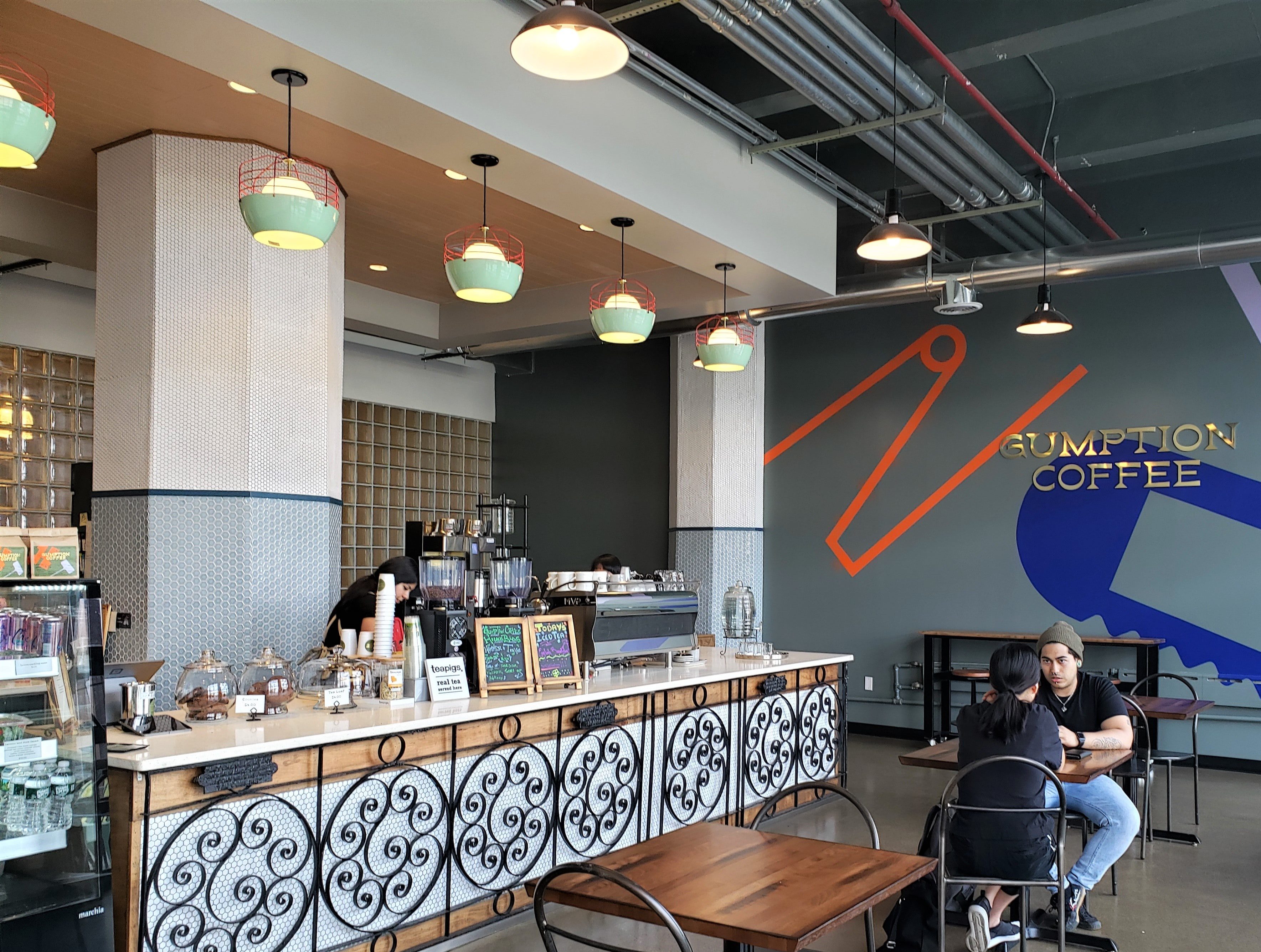 If a hotshot coffee roaster and Australian Barista Champion based in Sydney could take her business anywhere in the world, where would she go?  For Hazel de los Reyes, Co-Owner of Gumption Coffee and World Barista Championship competitor, that place is New York City, where she recently opened at Industry City in Brooklyn.  “I’ve heard stories about how, like in Sydney, New Yorkers will have at least three or four cups of coffee a day, and I thought, that’s exactly where I’d like to be!”

Coffee Alchemy was the first outpost of Hazel and Co-Owner Clare Lim, followed by Gumption and Micro Coffee. All three are located in Sydney, where they’ve racked up many awards and accolades for producing and serving some of the best coffee in Australia, a country that’s widely recognized as the best coffee-producing nation on Earth.

When Pat Nourse wrote on The World’s Fifty Best about “Why Australian coffee is the best in the world – and where to drink it,” he listed only ten shops in the article, Gumption was one of them.  In December 2018, Hazel and Clare crossed oceans to open a second Gumption in Brooklyn, which serves as a café FOH and a roastery BOH. But why bring the Gumption name to New York, rather than Alchemy or Micro? “Gumption is kind of a New York word,” replied Hazel. “We thought, if we go to New York, we’ll need a whole lot of gumption!”

Indeed they would, because the mission of Gumption is not simply to introduce their version of Australian coffee to the US, but to learn more about American coffee and what New Yorkers in particular want. It’s a somewhat unusual approach for an Australian brand to adapt to a new market, especially since, according to Hazel, Australians like to preach the Aussie way of coffee. “They like to tell people it has to be made this way, it has to be made in a special machine, and it has to be extracted like this,” she laughed. “I’ve always wanted to explore coffee more.”

Since moving to Brooklyn and opening Gumption, she’s found differences in coffee preferences, for one, New Yorkers prefer black coffee. This is important because, as Hazel explained, “The roast, the blend, the age, and many production flaws will show up in a black coffee. You can’t stitch up the emperor’s new clothes to a discerning New York coffee drinker. So as someone who roasts and create coffee blends, I’m excited to bring out the honesty in my skills.”

Thankfully for Hazel, her customers are “very vocal and particular about what they like about their coffee,” in that New York kind of way. Part of the learning process in figuring out what Gumption should be has been processing feedback, like when Hazel is trying a cup of coffee and puts on her “customer’s hat.”

“Whenever I cup I go, oh so-and-so would like this. This is a so-and-so kind of coffee,” she shared. “I use my customers’ preferences as criteria for coffee and not mine, because if I use my own I’ll probably not have many customers out there!”

Whatever the customer, Hazel is always looking for coffee that’s “distinctive enough to stand on its own,” and it’s clear she really knows how to find just that. But in a male-dominated industry, it can be challenging for women to prove that they know their stuff, which Hazel has experienced throughout her career. “I’d be on shift at the bar along with other female and experienced baristas, and a customer walks in and makes a beeline for the male barista for advice and recommendations.”

It’s one of many patterns female baristas encounter, another being not getting enough time on an actual espresso machine. Now as a café owner, Hazel ensures all employees get equal time on the machine. “It still happens often that a male barista will ignore the schedule and insist on being on the machine. That’s when I put my bitch-boss-from-hell hat on and set things right.”

I’d be on shift at the bar along with other female and experienced baristas, and a customer walks in and makes a beeline for the male barista for advice and recommendations. ~ Hazel de los Reyes

Being a women-led business helps prove that women are just as involved and present in the coffee industry as men, with the added benefit of supporting other women entering the field. “Whenever we interview prospective female staff and ask them why work with us, without exception they say it’s because they feel they have better chances at advancing their coffee career with us than any other company. Imagine, many female baristas still feel this way at this day and age!”

Hazel hopes to open at least one more Gumption store in Manhattan by the end of the year, and is building a classroom to train baristas at Gumption, but she has an even bigger vision for the long run. “We would like to change the vocabulary around our coffee,” she explained. “Like, oh you look sleepy, would you like to grab some Gumption with me?” It might seem like a lofty goal to some, but Hazel has the gumption to make it happen!