Ariane Daguin is the co-founder, owner and CEO of D’Artagnan, the leading purveyor of sustainable, humanely-raised meats, charcuterie, foie gras and mushrooms in the United States. Ariane is globally recognized as one of the mothers of modern food culture, and she was the first to put foie gras on the American culinary scene.

Since D’Artagnan’s founding in 1985, Ariane has emerged as a culinary innovator among America’s top chefs, partnering with small family farms dedicated to natural production of the finest quality and healthiest meat, game and poultry. As the 7th generation in a family of hotelier-restaurateurs, Ariane became immersed in the world of food and farming at a young age.

While pursuing an academic degree at Columbia University and working part-time for a New York pâté producer, Ariane saw the opportunity to market the first domestically-produced foie gras, resulting in the launch of D’Artagnan. The creation of D’Artagnan coincided with a growing sophistication in American cuisine and an increased interest in organic and humanely-raised meats.

Ariane put D’Artagnan at the forefront “farm-to-table” movement, pioneering the first organic, free-range chicken, nine years before the USDA allowed the word “organic” on the label. In 2005, Ariane bought out her partner to become the sole owner of D’Artangnan.  She continues to oversee the day-to-day business operations while working with her network of farmers and chef partners to develop product innovation and introduce new ecologically responsible methods of food production.

Ariane’s leadership has earned her recognition as one of the Most Creative People in Business by Fast Company.  She is also one of the founding members of Les Nouvelles Mères Cuisinières, an international association of prestigious women chefs. Her influence in the food industry has earned her a Lifetime Achievement Award from Bon Appetit Magazine and a “Who’s Who of Food and Beverage in America” award from the James Beard Foundation.  Ariane currently serves on the board of City Harvest and is a member of the James Beard Who’s Who Awards Committee. 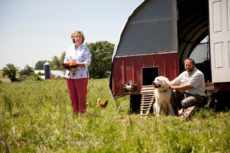 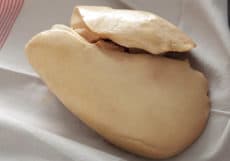 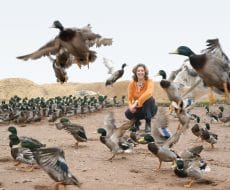 There’s aggressive calls for people to change their diet to eliminate meat. But why jump to this extreme?