Francisco Migoya, head chef of Modernist Cuisine and co-author of Modernist Bread: The Art and Science, grew up in Mexico City surrounded by the cultures of his parents: Italian-American and Spanish. The flavors of his family’s cooking and of his neighborhood were integral to his life and encouraged an early love of cuisine. One favorite dish from his childhood was rice pudding with sugar sprinkled on top that was then browned with a caramelizing iron. The warm, crunchy layer of caramel provided a contrast of textures and temperatures and was the key to a memorable dish that Migoya still recreates every now and again.

Chef Migoya’s first calling, however, was not culinary school but art school, where he planned on studying painting, drawing and sculpture. Encouraged by a friend, he acquired a staging position in a Mexico City hotel at age 16. Migoya quickly realized that the kitchen was where he belonged; he was well-suited to the environment and liked creating a tangible product after a hard day’s work. After working at the hotel for two years, Migoya attended college to pursue a culinary degree. While attending Centro de Estudios Superiores de San Angel (CESSA) in Mexico City, Migoya received a full scholarship to study French gastronomy at the Lycée d’Hotellerie et de Tourisme in Strasbourg, France. This proved to be a formative experience because Migoya was immersed in a place that is the cradle of so many techniques still used in kitchens today.

After moving to New York and working in savory kitchens, Migoya eventually answered a newspaper ad for a pastry chef position at The River Café in Brooklyn, where he immediately connected with the world of sweets. He then went on to work as the pastry chef at Veritas in NYC, executive pastry chef at both The French Laundry and Bouchon Bakery, and most recently as a professor at The Culinary Institute of America.

His work earned him recognition as one of the top pastry chefs in the country by Dessert Professional (2011), The Huffington Post (2013), and Tasting Table (2013). As owner of Hudson Chocolates, he was recognized as one of the “Top Ten Chocolatiers in America” by Dessert Professional (2013) and received additional recognition from Gremi de Pastisseria de Barcelona, who awarded him the Medal of Master Artisan Pastry Chef (2013). Chef Migoya has authored three pastry books: Frozen Desserts (2008), The Modern Café (2009), and The Elements of Dessert (2014), which won the 2014 International Association of Culinary Professionals (IACP) cookbook award in the Professional Kitchens category.

As head chef he leads the Modernist Cuisine culinary team and directs culinary research, including the development of new techniques and recipes for Modernist Bread, on-sale Spring 2017. Since joining Modernist Cuisine, Chef Migoya has led the team through dinners for renowned chefs, including Ferran Adrià, Jacques Pépin, Nancy Silverton, Massimo Bottura, Dominique Crenn, Magnus Nilsson, Anthony Bourdain, and Anita Lo. He has already made his mark on the compendium of tasting dishes served at Modernist Cuisine events by contributing delectable dishes such as the Milk Shake made from goat’s milk and Rye Levain Noodles. 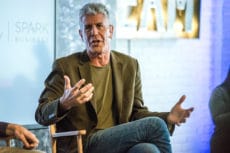 On the one year anniversary of the passing of Anthony Bourdain, we honor his life and memory through the moving words of Pastry Chef Francisco Migoya’s personal tribute. 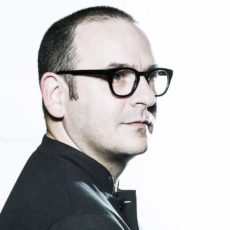 I have never been this kind of sad. It is a new and different kind of sadness that has many angles and layers.