Justice Stewart is the author of Mastering the Art of Sous Vide Cooking, and founder of the popular blog, Gourmet De-Constructed. Chef Justice was raised in Ravenswood Houses in Queens, New York. He was a late-comer to the food industry, entering the culinary arena at age 40. He left a career in construction to pursue his passion of becoming a chef.

In 2011 he started a food blog called Gourmet De-Constructed. He began his professional culinary career as a cook servicing a major social media company. He went on to become a sous chef at Madison Square Garden cooking in a fine dining setting for the celebrity clientele during professional sporting events and concerts. He on the advisory board of the International Sous Vide Association (ISVA) and will be one of the speakers for the annual sous vide summit being held just outside of Philadelphia in July 2019. He is first African American to have a sous vide book published.

He currently resides in Brooklyn, New York, with his girlfriend, Emily, and two cats, Kevin and Pablo. 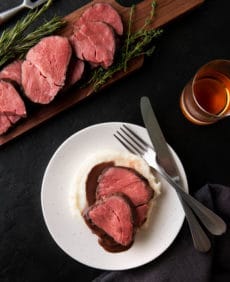