Kerry Vincent was a Food Network host , global Queen of Cake and judge to fear on The Great Australian Bake Off.

Kerry, an Australian citizen, was born in Wyalkatchem, Western Australia. Married to her American husband Doug of 43 years she now lives in Tulsa, Oklahoma after an expat life in Europe, Asia, and Latin America.

For the past 30 years she has been an outspoken voice in the cake and sugar art community; designed show-stopping cakes, and has taken a leadership role to encourage growth and skill in those up and coming. Vincent was a driving part of the catalyst that has turned cake into a riveting rock star; she recognized early on that competition is an integral part of artistic growth.

Believing implicitly in the value of the competitive arena, she co-founded the world renowned Oklahoma State Sugar Art Show in 1993 then in 1996 founded the Grand National Wedding Cake Competition. With 80,000 visitors, these shows and competitions set cake on its way to real stardom: No longer considered just a dessert, but a true expression of inspired art.

As a judge on and off television, she meters out tough love, but the thousands of competitors who have passed through her hands would not have it any other way. They refer to her as Momma V or Momma Cake, they know she has their best interests at heart and they will be the better artists for it!

In 1989 she changed the face of cake in the United States encouraging Australian Bakel’s to set up a factory manufacturing rolled fondant (plastic icing) up until that point very few people had a clue about rolled fondant, those not familiar didn’t like the idea at all and resisted vociferously, old dogs were not going to be taught new tricks, they had no desire to learn how to use it and for ten years it was an uphill battle. Gridlock broke when leading bridal magazines featured cakes made by Vincent and others with the ‘new’ smooth icing, which was suddenly seen as elegant and sophisticated, the tide turned, customers demanded and designers were forced to respond.

Vincent designed and styled cakes for her successful book, now a classic, Romantic Wedding Cakes, which was launched in 2001 and is still currently in print. There were three techniques included in the book that she developed for sugar use, translating existing techniques from other disciplines into sugar; marquetry, mosaic and patterned stencil applications on gathered and pleated fondant, all of which influenced artists worldwide who subsequently emulated these techniques. In addition she has contributed annually to Cake Craft & Decoration (UK) from 1994 to 2018, Modern Wedding Cakes & Chocolates (Australia) for 15 years, Squire’s magazine, PME Wedding & Anniversary cake book (UK) Stephen Benison’s cake design book (UK), the Great Australian Bake Off cook book (Australia). Other sporadic submissions include Baking Business (Australia)) Chiriotti Publications (Italy) and USA based Baking Buyer, American Cake Decorating, American Culinary Review, Chef Educator Today and Distinctly Oklahoma, Tea Time magazine et al.

In 2002 Food Network TV hatched an idea to create episodes showcasing competitive cake competitions and invited Vincent, a successful competitor in her own right to judge. With a wealth of blue ribbons and Best of Show titles and a little later two Hall of Fame Awards (2004 and 2010) and a Lifetime Achievement Award (2016) under her belt she had the credentials to judge her peers. Reality television competitors embraced rolled fondant, it became a staple, and they produced spectacular sugar showpieces to knock the viewers socks off. Finally industry interest was captured along with a dedicated mainstream audience. Sky-high ratings maintained a trend that went on for more than a decade. There were seven different cake shows on primetime television in the USA during that era and the celebrity cake artist was born.

Once the Cinderella in the kitchen pecking order, cake ignited the public’s imagination not only as a reality television sport where viewers sat comfortably in their arm-chairs avidly watching and chronicling the ebb and flow of competitor’s fortunes but at the same time they also dreamt of engaging in creating and decorating cake.

“Amazingly,” Vincent reflected, “that even in difficult economic times those in the professional sector, read lawyers, accountants, and fine arts designers among others, have sought career changes in culinary, they were switching midstream and embraced the art of the cake and the business of baking; after all no matter what happens people must eat and food service will always be in demand.”

Press coverage of Vincent’s life and interests has been well documented around the world, from the Guardian and Waitrose Weekend in the UK: Sydney Morning Herald, Melbourne Age, Women’s Weekly, TV Guide, Women’s Day (Australia) to the Huffington Post USA then from news print to television interviews on Sixty Minutes and Today Tonight. Her shows have also been seen around the world, (150 international markets) in Asia, Europe, South America, where she has a very recognizable fan based following.

Always one to maintain personal standards Vincent was chosen in her post competition years to participate in a national spread for Brides magazine where the style editors chose the 50 most beautiful cakes in America for a prestigious print layout, there was also a champagne reception at Grand Central Station where the cakes were exhibited after the photo shoot. Two years later, another invitational where 20 of the most beautiful cakes in America were chosen. Vincent’s cake in this case was editor’s choice and in both cases the magazines were distributed worldwide.

At Vincent’s request Brides wedding style director attended the Grand National Wedding Cake Competition in 2008 to select wedding cakes for the 75th anniversary cake spread for the magazine, this was an unprecedented process never before or repeated since. In order for all 15 of the cakes to be photographed Kerry drove them to New York for the photo shoot, a total of 4 days driving and 5 days in the studio for the photography and styling, always forward thinking she was acutely aware that this was a history making moment; when the centennial comes around and the retro review is celebrated these cakes will have another moment to shine.

In her opinion, win or lose, competition is the best way to improve skills and the only way to make that happen is to tell the participants point blank how to fix mistakes. Woe, betide any of them if they return and repeat the same blunders.

Being tapped to judge the Great Australian Bake Off in 2012 for broadcast TV was a huge thrill, full circle; going home after so many years abroad it was indeed the icing on her cake.

Her latest hit show “Save My Bakery” was an interesting change of pace. Now her position reverses, far from being judgmental she becomes the mentor; coaching bakery personnel to change old habits. To wit exhausted bakers working brutal hours, bogged down in the mud of times past, not much left in them creatively, basically on autopilot and in real financial danger of closing their doors. Kerry delivers a tough love appraisal and hands them a beautiful shop front makeover and a recipe revamp hoping to jet propel them into a new future reigniting the embers of their businesses.

Currently Vincent is working on a new television show scheduled for 2018 –a Christmas special airing from November through December. Switching gears, Vincent is the product of the school of hard knocks and a tough upbringing; her earliest years spent in rural isolation in Western Australia on Muggon Station then later as a hands-on farm girl at Manypeaks, spending school terms in boarding school. The little girl grew up fast; she learned to be independent and accountable right out of the starting blocks.

Australian farm kids were expected to be responsible at a young age and from the time she was five Vincent learned to help her Mother prepare meals for seasonal shearing teams and farm workers. Baked goods particularly delighted her, especially desserts, trifles, lamingtons, coconut cookies, trays of Victoria sponges and pound cakes laden with marmalades and whipped scalded cream; all time shearing team favourites.

Well rounded and always willing to lend a hand to give back, Kerry has become the national Ambassador for Ovarian Cancer Australia. Her mother died from the disease. Not sure she could be effective from 10,000 miles away at the time of invitation it has become apparent that her voice can be heard from a great distance. She makes public service announcements and speaks out in radio interviews and in print to raise awareness. At the same she interacts with those under duress either suffering or caretaking. It is also an added plus that the afternoon fundraising Teals (tea parties) focus on cake and dessert, obviously very close to her heart!

She is also a proud supporter of Angel flight of Oklahoma a flight service founded by her husband Doug to comfortably transport very ill patients free of charge to and from hospitals saving them from the chaos of commercial airports and security. http://www.angelflight.com

One of her proudest accomplishments was being the first female, and a sugar artist to boot, to be invited to judge the team selection at the USA trials, for the Coupe Du Monde de la Patisserie held in Lyon, France. Vincent has been named a Tulsa hero for her service to the city and October 6 is Kerry Vincent Day in Tulsa, she has also been recognized by the hospitality industry for her contribution to the state and tourism. In 2018 Governor Mary Fallin formally proclaimed her an asset to the state of Oklahoma.

Enjoying her role as teacher she has also taught and presented her artistic techniques in Peru, Brazil, USA, Australia, Belgium and the United Kingdom; these have included schoolroom settings and at conventions and trade shows.

Vincent was also a two-term (4 years) Oklahoma state representative for the International Cake Exploration Société as well as International Publicity Director for the same group for 9 + years.

Despite the fierce personality that often characterizes Kerry as she is portrayed on her television shows, her fans are legion. Hers is the only opinion they want to hear. She mentors advises and shows them the way when they ask for help. Her phone and e-mail address is easily found on the Internet and day after day the calls come and she patiently fields their worries, concerns and questions offering smart advice to help them distill disconnected problems or issues into compact and manageable business plans.

The game is not over yet for Vincent, she has many plans for the future, more challenges to face. Never one to sit on her hands she is always willing to embrace opportunity considering herself a risk taker. When asked she said one of her favorite reflections was and here’s the quote, “My, oh my, what a difference each day makes, so many amazing days peppered throughout my life, little milestones that marked pivotal moments that have set me off down unexpected paths where I am oh so very ready to go!” 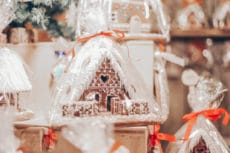