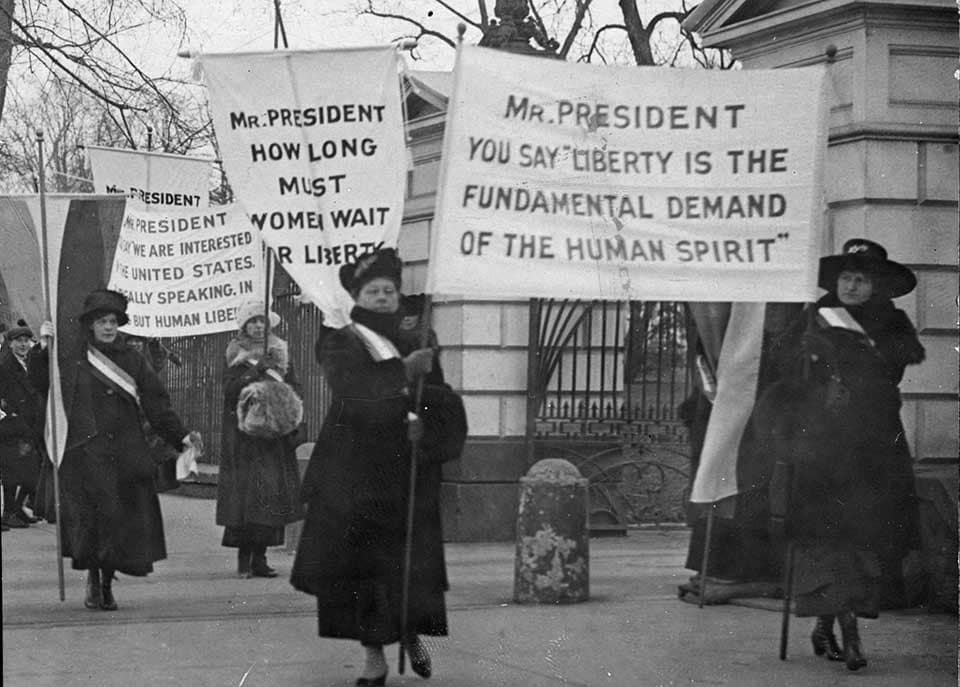 One-hundred years ago today, the 19th Amendment was ratified, clearing the way for women to vote in all 50 states. Yet, there remained barriers. Women were harassed when they tried to vote, many were discouraged from voting by their husbands, many political leaders continued to speak out against women voting, some women themselves felt they lacked the knowledge or decision-making skills needed to vote, and black women faced additional barriers that – incredibly – still exist in many parts of the country.

Nevertheless, while the 19th Amendment didn’t result in all women across the country participating equally in the next election, or the hundreds to follow, it did mean we had the right, on paper, to participate equally in determining the direction of our nation. That’s definitely something to celebrate – having the right to demand our votes be counted, whenever that’s challenged in any way.

As we celebrate the 100th anniversary of the ratification of the 19th Amendment, this country is living through another huge moment in the history of voting rights.

Unless you’ve been living under a rock (which some of you may be in an attempt to escape the unending Covid-19 news coverage), you’ve probably heard that there’s some issues cropping up over the coming Presidential election in November. People are getting worried about showing up at polling stations to vote in person, so there’s been a push towards mail-in ballots. And, like with seemingly everything in the Un-United States of America, this is dividing us at a time when we should be uniting.

It’s crazy really. It’s crazy that anyone, whatever their political persuasion, should oppose anything at all that makes for free and fair elections. Yet, we have a President who actually suggested postponing the election in November because of Covid-19. Which, as a side note, is hopelessly hypocritical given his views that the coronavirus shouldn’t even prevent businesses or schools from re-opening.

Thankfully, Republicans and Democrats alike came out in force against postponing the election, so, the President lacked the backing to pull that one off. But, undaunted, the President persisted, and he went about trying to sabotage the USPS in its ability to handle the surge of mail-in ballots, making us realize that once again we have to fight for our right to vote.

Now, women don’t all agree on everything, politically speaking. Clearly. We never have and we never will. And that’s ok. We don’t need to agree on any particular issue, and we don’t all need to vote for any particular party or candidate. But, we should all agree that, after waiting so long and fighting so hard for the right to vote, nobody should be allowed to take any actions that threaten our ability to vote.

It’s imperative that in this year where we commemorate the 100th anniversary of women’s suffrage, and we see our ability to vote being put under threat, we all stand together for voters rights. And that means speaking up, demanding that nobody, not the President, not any local election officials, throw up any barriers between the people and our votes being counted.

As the postmaster general has only just today announced he won’t be making any changes until after the election, having faced intense opposition for his actions from both sides of the isle, this doesn’t mean we should all breathe a sigh of relief and assume all’s well in the world of voter rights.

Minorities and lower income citizens across America still face battles at the ballot box, making the fight for the right to exercise the right to vote a seemingly unending and unfortunate American tradition.

We all need to care about this issue, because voter suppression continues year after year, election after election. So don’t just sit there wondering what you can do, seek out ways to make your voice heard, to get involved to whatever extent you’re able. Some good places to start are the National Woman’s Party, the League of Women Voters and the American Civil Liberties Union.

Let’s celebrate 100 years of a woman’s right to vote by committing to the fight for every individual’s right to vote. And, by registering to vote if you haven’t already. And requesting your mail-in ballot now, if you feel you can’t show up in person come election day. And, if you don’t trust the mail, find out where you can drop off your ballot by looking up your county’s Supervisor of Elections.

Don’t wait. Seriously. Do not wait.. With whole industries like hospitality in tatters, with a lack of national leadership to guide us through any crisis, and with no universal healthcare during a pandemic, the stakes are just too high to sit on the sidelines.