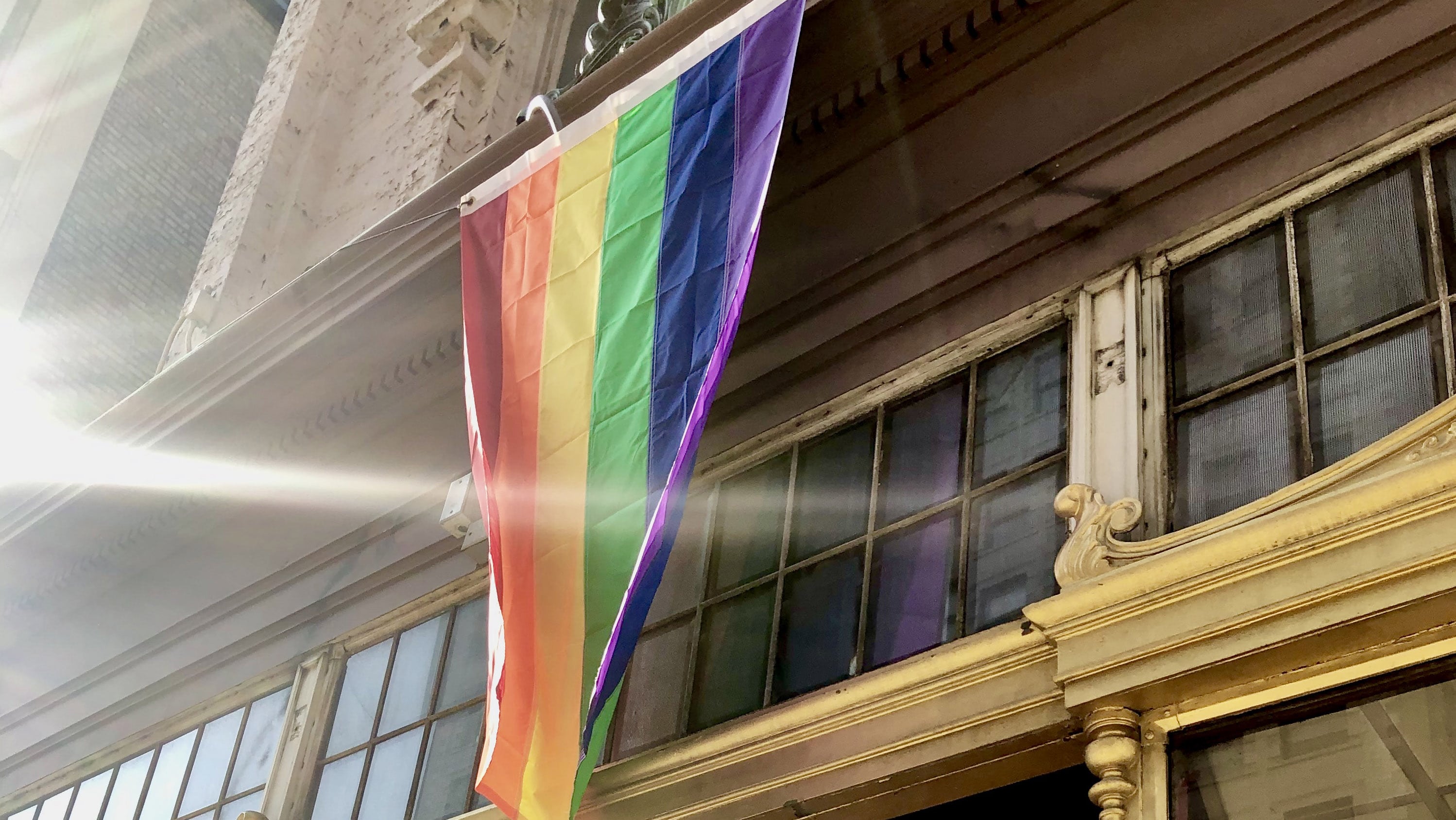 To me celebrating Gay Pride Month means acknowledging and honoring those who came before us and fought for the rights that we as a community now enjoy. Fifty years ago, on June 28, 1969, there was the Stonewall Uprising in Greenwich Village, NYC, which is why June is Pride Month. The police had raided the Stonewall Inn, a bar that was an LGBTQ hangout, and the LGBTQ community responded to the raid with riots and protests. The Stonewall Uprising is thought of as the beginning of the modern gay rights movement, and thanks to those who fought for their rights back then, today we can openly celebrate Gay Pride Month.

This year at my restaurant Amilinda in Milwaukee, we celebrated Pride Month by flying the rainbow flag high above our front door! And by hosting a collaboration dinner with several local chefs to raise funds for the Human Rights Campaign, America’s largest LGBTQ civil rights organization. We also handed out rainbow heart-shaped cookies to all our guests at Amilinda as a sweet last course.

In my personal life I’ve always been comfortable being out and vocal, well, “always” meaning since I came out. In my professional life as a restaurant owner, I was a bit more apprehensive about being vocal in the beginning. Being fully aware that my actions not only affect my livelihood but those of our employees, it was with some trepidation that I posted on social media about Amilinda celebrating pride month, or even being a Gay-owned and operated restaurant.

During Pride week here in Milwaukee we posted an ad to Facebook targeting the Gay community. Ironically that was the ad that got a negative comment from a gentleman who basically said he would never eat at our restaurant.

The funny thing was that the ad was targeted to users of Facebook who had engaged Gay content, the gentleman did not like it when we pointed this out to him. My partner and I really didn’t have to respond much, our friends and customers actually came to our defense.

I have always been out in my 25 years of cooking professionally, and I can honestly say I have never encountered any kind of prejudice or challenges because of my sexuality. Partly because most of those years were spent working in San Francisco. I do recognize that I am one of the lucky ones, professional kitchens tend to be a hotbed of machismo, with cooks sometimes trying to prove which one is manlier than the other. Anyone perceived as being weak or soft may be at risk of being eaten alive. I believe that in some cases gay men have to work twice as hard to debunk any kind of stereotypes people might have of them.

The only other time we have had an issue here at Amilinda because of who we are (besides the incident described above), was a few months back when we received an anonymous letter, it was mostly Bible verses that are supposedly related to the condemnation of homosexuality.

After we posted a photo of the letter on social media, the outpouring of support was really incredible. We received many letters and cards of support from friends, guests and even strangers, and the local media came by to share the story and show support and solidarity. We even had a group of people show up at our door one afternoon with signs and banners supporting us and our business. We were really moved by it all.

In our current political climate it’s more important than ever to stay vigilant and continue the fight for equality, respect and acceptance. We might have already won some of the rights we have always been fighting for, but now even more than any point in my life, the pushback against equal rights for the LGBTQ community is even stronger and coming from the highest parts of our government, with the aid of fundamentalist and religious zealots. Stay informed, and vote – that is the best way to continue our fight.

LGBTQ rights are civil rights, and they’re human rights. And as humans we should want everyone to have an equal playing field in life, so we can equally pursue happiness. More rights for one person doesn’t mean less rights for another. We should always stand in solidarity with those who are oppressed or have less rights than us, we should always join their fight for equality, we should always try to make this a better world for us all.