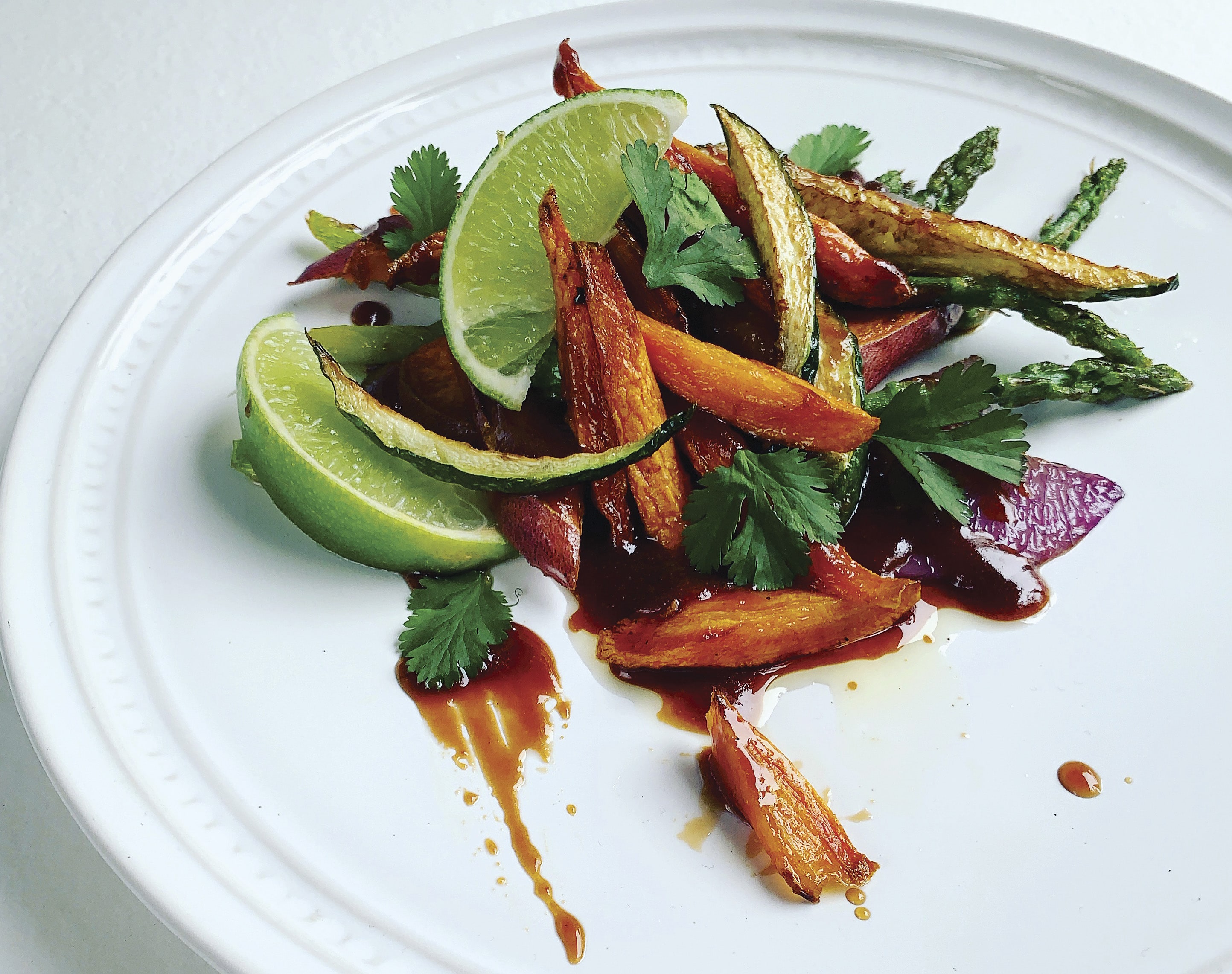 My mom, now nine years of clear scans after a battle with breast cancer, is a piece of work. She’s tough, protective, resilient, funny, and like a lot of moms, probably has a super power or two. So when she was diagnosed with cancer, she mentally prepared herself for the pokes and prods, aware of the long road recovering from surgeries and chemotherapy. She accepted that her precious hair would likely fall out and that nausea was going to be a thing. What she wasn’t prepared for, however, was how cancer would affect her taste buds.

Her ice cream sweet tooth is bigger than all my daughter’s third grade classroom combined, and Dove Bars are her thing. She decided that after each chemo session, her reward would be the Dove Bar.

Then one night, totally unexpectedly, her “end of the night victory celebration” Dove Bar tasted like sand. It was demoralizing. Devastating. No one told her that might happen, and she wasn’t ready to punch back.

After the “Dove Bar” conversation with my mom, the concept of The Chemo Kitchen Cookbook was born. When I got off the phone with her, I immediately called Eric Tanaka, Partner and Executive Chef of Tom Douglas Restaurants up here in Seattle. He’d heard of that problem, and we started talking about gathering recipes from some other James Beard award-winning friends. Within a year or so, the project got bigger than the two of us could wrangle, and we brought on a cast of characters to help bring this thing to life.

Through the process of developing Chemo Kitchen, we had lots of questions. Why did my mom not hear about taste change from any of her caregivers? We learned it doesn’t happen to everyone. One person going through treatment might have no trouble, another person with the exact same treatment suddenly has a miserable time with taste.

There are also few consistencies. Taste can change a couple times during treatment. Generally speaking, it’s because chemo goes after fast-growing cells, which is good if you’re hunting tumors, not so good if you are a taste bud or hair follicle. Additionally, when your new taste buds grow back, it can be a crap-shoot with what they like or don’t like. It’s not easy for an oncologist to set the stage given this unpredictability, so the loss of taste is usually addressed case-by-case.

There are no silver bullets. Not even in this book. We’ve worked closely with chefs and nutritionists to get great flavors often using ingredients like ginger (helps for nausea) and turmeric (helps to fight swelling).

This book has gathered some of the best chefs in the country between two covers. We are not intending to replace a nutritionist, rather when people going through treatment just cannot find the right thing that works for them, we offer more than 50 ideas from some of the best chefs in the business to help them win little victories with taste while the doctors fight the bigger war with cancer.

This book is also for the sons and daughters, aunts and uncles, neighbors and friends who are thrust into being untrained primary caregivers. Our guidelines to the contributing chefs were simple: Create recipes that take max 45 minutes, counter to table, using 8-10 accessible ingredients—a simple enough preparation that a 12-year-old could do it. Some of the dishes freeze well for reheating. All of them offer an opportunity and an answer when the outpouring of support happens as people ask, “What can I do to help?” Come over and slice carrots. Make a broth. Go grocery shopping for specific ingredients. We win these battles together.

As an organization, Chemo Kitchen’s core belief is that little things will start swinging big pendulums. Even if someone doesn’t want to leave the bedroom, sometimes hearing laughter in the kitchen is encouraging and comforting enough. Knowing there are people who care enough to cook for you when you aren’t able to cook for yourself.

We also believe in the power of food and the magic in preparation. We find no coincidence that many dinner parties start in and never leave the kitchen. We see no coincidence in the centuries of both celebration and compromise when coming to the table. We didn’t discover anything, we just weren’t going to let cancer distract us from this knowledge that food itself and its collective preparation can heal.

Chemo Kitchen is about more than just one book. Our plan is to hop around the globe and gather chefs from all over. Italy for our Italian version, Mexico for the Mexican cookbook. Australia. Spain. Africa. France…. Everywhere chefs put food on the table, there are chances to change a person’s life. The Kindle version of Chemo Kitchen is available on Amazon now, and we’re working on the hard cover.

Developing this book has been a challenge, but incredibly rewarding. Along the way we’ve been building up our website, which we intend to grow into the biggest resource focused on the changes in taste caused by chemotherapy and other medications. Though there are suggestions and tips for cancer-sufferers everywhere you look on the internet, Chemo Kitchen will become the place to find information, share tricks and ideas, and ultimately win little taste bud victories over the enemy we call cancer.