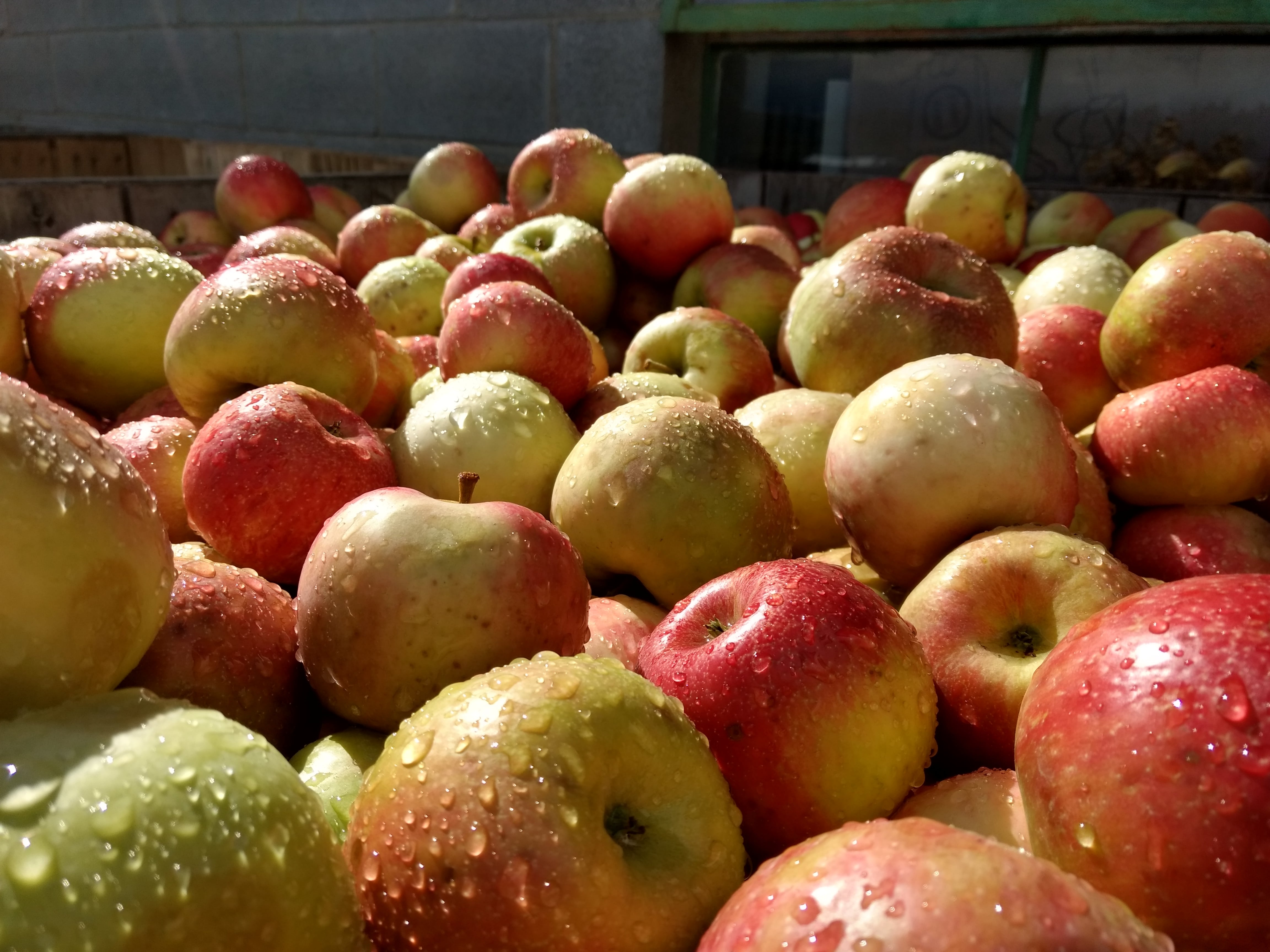 Although cider has been around for centuries, its recent skyrocketing popularity has propelled cider makers and farmers to start exploring, growing, and experimenting with a much wider variety of apples. This diversification isn’t just good for the industry, and for cider aficionados, it’s beneficial for the environment as well.

“Today, 12 varieties make up 88% of apples sold in the United States,” explained Gidon Coll, founder of the popular Original Sin Cider. “Yet during the Golden Age of Pomology (1805-1905), there were as many as 20,000 named U.S. varieties. Unfortunately, a majority of them have been lost to history. However, as there has been a growth in the U.S. cider industry, there’s been a parallel, renewed interest in the diversity of apples.”

This weekend, we’re celebrating this diversity by honoring the cider makers, brewers, and farmers who are bringing back more apple varieties and sharing them at the annual CiderFeast NYC at Biba Williamsburg.

This idea of diversifying apple varieties also has substantial environmental implications as well. Melissa Madden, previous owner of Finger Lakes Cider House, described just how important apple diversity is in keeping the apple industry alive and well. “The climate is swinging wildly, and apples are quite resilient,” Melissa said. “But, we don’t know which varieties are going to make it through these changes. We need all options on the table.

“On the cider side,” she continued. “We have an opportunity to continue to explore what fine cider, made from the most interesting and resilient apples can be. We can make a cider expressive of regenerative farming and of place, and we have a way to go in exploring our options on all fronts.”

Beyond the sustainability benefits of increasing apple varieties, it also makes for some tasty new cider flavors too. “We have over 46 varieties of apples on the farm,” Dietrich Gehring of Indian Ladder Farm Cidery & Brewery shared. “When it comes time to make cider, this gives us a large palette to choose from in order to make high-quality cider.”

This year’s CiderFeast is the perfect opportunity to explore all kinds of ciders made from a diversity of apple varieties from New York and beyond. Along with the previously mentioned brands, Original Sin and Indian Ladder, you’ll be able to taste products from some of my other favorites like Wayside Cider, King’s Highway, Downeast, and many more.

You can also expect some tasty bites to pair with your ciders, including pork belly from Muld Farmhouse, cured ham from Rodrigo Duarte of Caseiro e Bom, fall pies from Petee’s Pies, and more. Tickets are still available and can be purchased here. So join me in celebrating these cider makers whose apple diversification isn’t just good for sustainability, it’s awesome for flavor too!