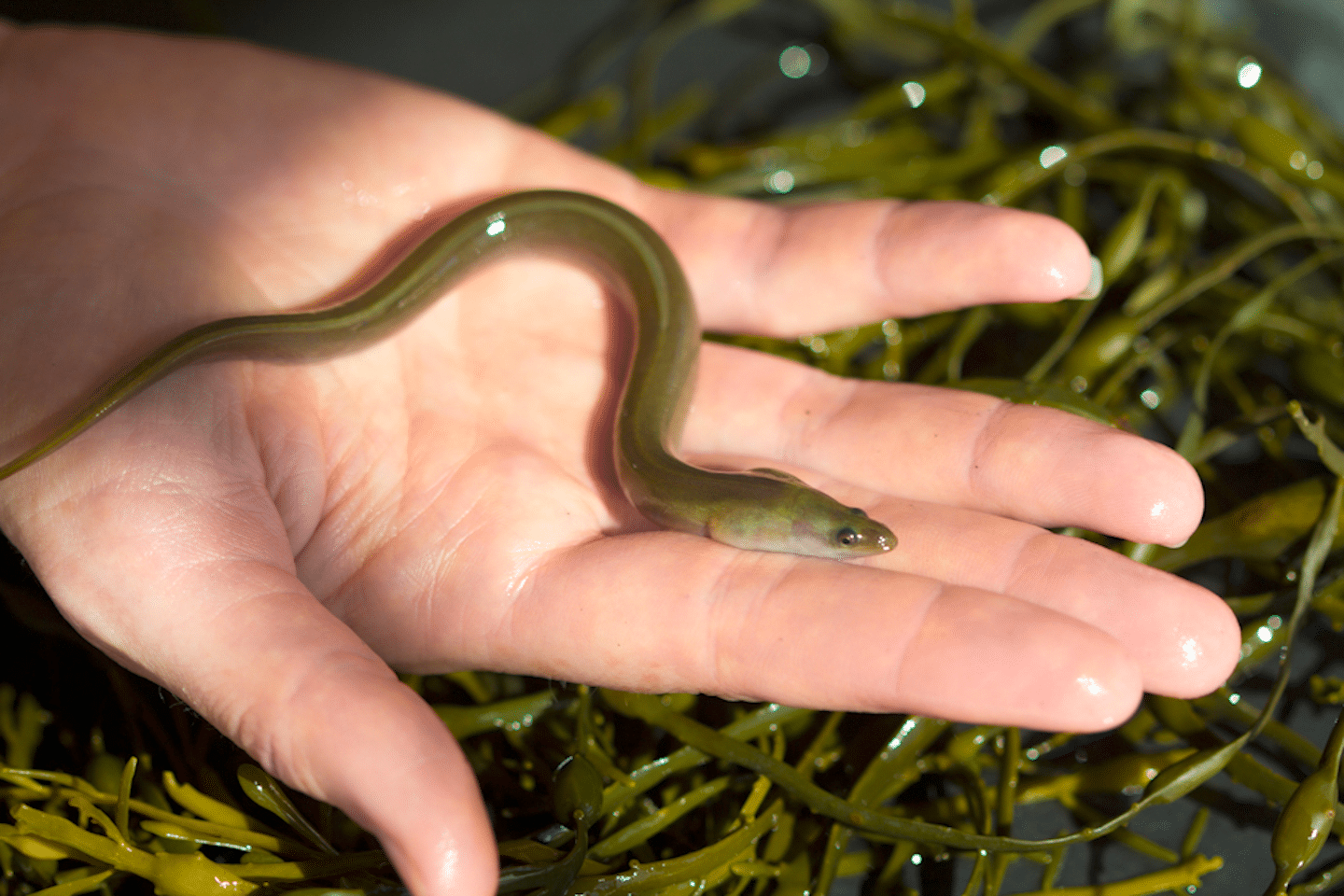 Since the Edo period, grilled eel has been an iconic summertime treat in Japan. The rivers were chock-full of Japanese freshwater eels (unagi), whose fatty, mineral-rich meat is said to prevent heat fatigue. But unagi’s population is declining. This year, Japan recorded a historic low eel harvest, with domestic stocks dropping to 8.8 million tons. Compare that to 1963, when the number was 232 million tons.

One of the big challenges in eel aquaculture is that their reproductive biology is not fully understood. Hatching them doesn’t work. Instead, baby eels — known as glass eels, or elvers — are caught in the wild and raised in farms. With poor rearing conditions, wanton overfishing, and elver prices spiking to $3,000 per pound, the eel industry is in dire straits.

Started in 2014, American Unagi is a Maine-based fishery intent on ethical eel farming. Its founder, Sara Rademaker, sources only from trusted fishermen. She feeds her eels by hand and nurtures them in the University of Maine’s state-of-the-art Darling Marine Center. Rademaker has garnered strong support from fishery commissions and regulatory bodies, and the Maine government directly manages her operations. It’s by the book. She also has a faithful clientele in local chefs. In fact, her eels were featured at the James Beard Foundation’s New England Landscape dinner last year.

I personally sampled American Unagi’s product, and as a Japanese-American chef with high standards, I vouch for its quality. The sustainable methods used by American Unagi results in eels that are beautiful, clean, vivacious. They ship live overnight, and the semi-amphibious American eels make the trip bundled up in seaweed, kept alive by their layers of slime. At $16 a pound, the eels are an incredible deal. Unlike a round fish’s skeleton being a third of its weight, an eel is almost entirely fillet. I myself got more than an 80% meat yield per eel, and by using the head and spine for sauce it was closer to 95% usable product.

Fresh eel is a delight. Unfortunately, few of us will experience it — most restaurants get their unagi precooked and frozen. These cryovaced fillets are rubbery and waterlogged, a far cry from the flavor and succulence of the real thing. Moreover, the origin of these prepackaged fillets is dubious. Glass eels are harvested around the globe, shipped to factory farms in China, fed hormone-rich diets, fabricated, and shipped again to destinations around the world.

The supply can’t match the demand, either. I mentioned earlier that in 1963, eels were plentiful, with tonnage in the hundreds of millions. But in roughly three generations, the Japanese eel population declined by 90%. With so few remaining Anguilla japonica, the eel industry set their sights on another target: the European eel (Anguilla anguilla). Was the decimation of the Japanese eel population a flashing red light to the fishermen and farmers, prompting them to change their ways? No. Unsustainable eel practices were simply carried over, and from 2005 to 2010, the European eel population nose-dived by 98%.

The report was so alarming the European Union scrambled to protect their native eels, banning harvest during critical breeding times, to let the species catch its breath. But this hasn’t deterred Big Eel. This year, Spanish police shut down a smuggling operation trying to sneak out the critically-endangered European eels. In fact, it’s estimated that for every legally-obtained eel, four eels are acquired illegally.

You would imagine that Japan has a huge stake in preserving this national treasure, as the Japanese consume 75% of each year’s eel catch. But in the face of plummeting reserves and sky-high prices, they seem unfazed. The traditional time to feast on eel, the Midsummer Day of the Ox, is still a gold mine for retailers to sell the imported, frozen fillets. Meanwhile, family-run eel restaurants are going out of business, with profits offset by the cost of live eel. Some of these historic eateries are older than the United States itself. The irony is that these chefs’ dedication to fresh, properly-farmed eel is driving them to extinction as well.

Unagi has been a delicacy for thousands of years. At this rate, it won’t be around for longer than a decade. As culinarians, we are obligated to pledge our support to sustainable operations. Our seas are overfished, and ethically-raised animals simply taste better than factory-engineered meats.

If you are a chef or purveyor, I strongly encourage you to explore business with American Unagi. People like Sara Rademaker will keep the eel industry alive, not the current players who are draining oceans and pumping out sad mockeries of a historic tradition.