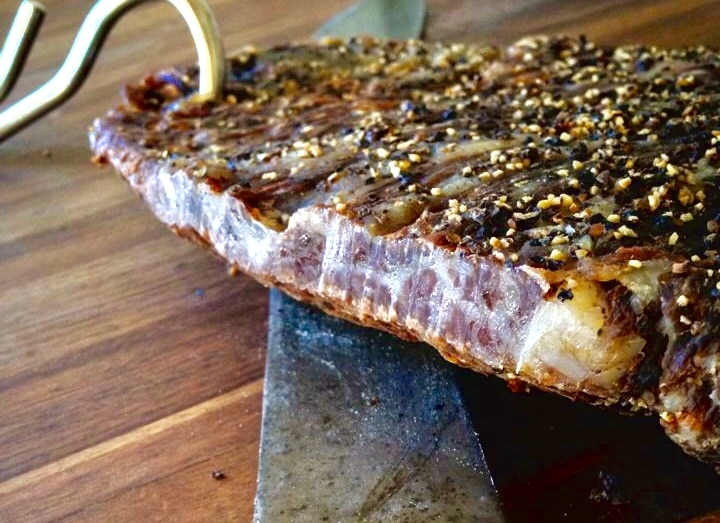 Texas and Tennessee might be the first places that come to mind when you think of brisket and barbecue, but chefs competing at Brisket King 2019 – one of the hottest BBQ competitions in America – are proving that the rest of the world has plenty of smoky innovations to spice up the mix.

The 8th Annual Brisket King NYC will take place this Wednesday, April 10th at 6PM at Biba of Williamsburg. There, chefs and restaurant teams from all over the map will fire up their pits and offer up global innovations as they vie for the title of Best Brisket of 2019.

This year’s team of celebrity judges will have their work cut out for them. Based on what we’ve been promised by this year’s pit-masters, the competition will be full of surprises as international flavors are expected to take this BBQ favorite beyond traditional American smoke, dry rubs and BBQ sauce (although we’ll take all of that still too).

In 2017, a beloved neighborhood gem, Izzy’s Brooklyn Smokehouse took home the Brisket King crown for their innovative Kosher brisket. This year, Izzy’s Sruli Eidelman brings new brisket inspiration from their recently opened concept, Izzy’s Taqueria in Crown Heights. Their team plans to take down the competition once again with its Central American and Mexican take on BBQ from Corporate Chef and Honduras-native, José Soto.

How about adding a little mold to the mix? That’s right, you read that correctly. Mold! Judd and Bosh of Judd’s Memphis Kitchen will be inviting meat-lovers to taste its Japanese Koji Aged Brisket Bresaola, a uniqe combination of both Italian and Japanese cuisines.

In their own words, “Koji is a rice fungus that creates the umami flavor that you are used to with miso, saki, and soy sauce… Koji interacts with protein enzymes, similar to those of dry aging, that are responsible for tenderizing. But unlike dry aging, it works a lot faster. With just three days of fridge inoculation, you are able to get one of the most tender steaks you have ever had.”

Next, we’ve got Queens’ own Ornella Trattoria that will represent Italy with its Brisket in Salmi, long-marinated in red wine and aromatic herbs and slow-cooked to perfection.

More ethic takes on BBQ come with tostadas from Dinosaur Bar-B-Que, Texas-Korean BBQ fusion from Kimchi Smoke, Caribbean-inspired bites from Sands Jerk Hut — and much more. May the best, most innovative and international brisket prevail!

Shayna Miller, CulEpi Assistant Editor, contributed to the reporting on this article.