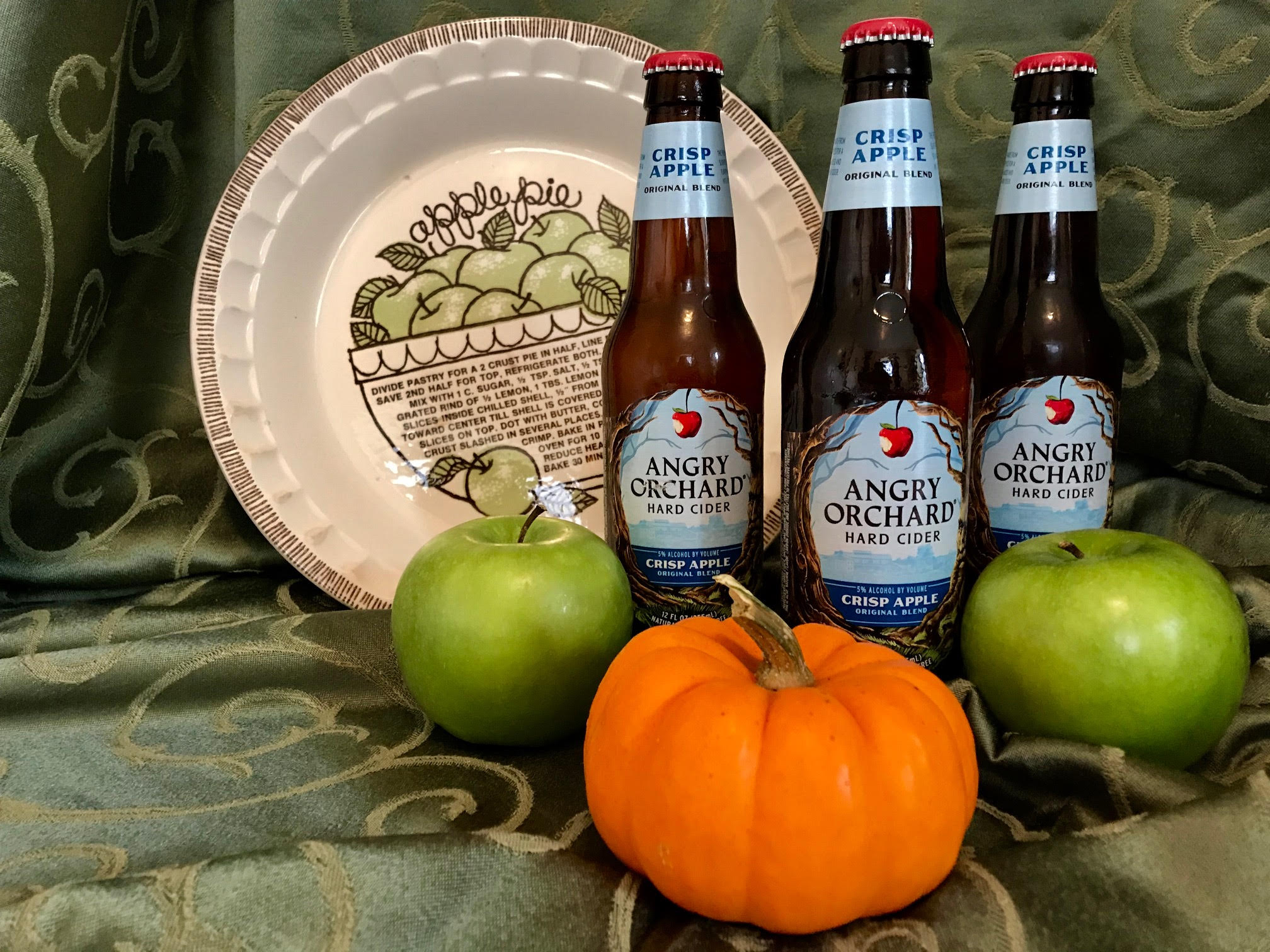 What better time to talk hard cider than when leaves are falling, pumpkins are everywhere, and Thanksgiving is fast approaching?  With apples and pears in season during autumn, it’s easy to get why hard cider goes so well with the seasonal foods we share on Thanksgiving. Historically, hard alcohol cider was the great American drink in the 18th and 19th Centuries and is now experiencing a growing 21st century revival. Such an iconic American beverage deserves to be drunk during a quintessentially American holiday, so at this past Cider Week in New York City, I talked to the experts about cider pairings for Thanksgiving.

Not too many chefs have experience pairing cider with food since the practice isn’t common to American restaurants. Cider as a draft beverage makes it a beer alternative at most bars and restaurants, but thinking of cider like a beer when pairing it with food is a big mistake, as the acidity in cider is more like a wine, and can be perfectly matched with food.

Gianni Cavicchi, GM at gastropub Randolph Beer NOLITA, talked about complimenting fall flavors with cider just as if it were wine. “Barrel aged hard, and I mean hard, cider. At 10.5% ABV, Angry Orchard’s Wooden Sleeper is made from New York’s Crown Maple Syrup and aged in bourbon barrels for 12 months.” Cavicchi would pair the Wooden Sleeper with pork loin in calvados sauce, which is also made with cider. “The sweet residual sugar in the cider tames the scorched burn of the loin,” he said. “Put some chive mashed potatoes, sautéed spinach and roasted lady apples on top, and now you’ve got an autumn flavor party.”

Cider is a “natural choice” to pair with a Thanksgiving dinner, according to Aaron Foster of Foster Sundry, a specialty grocery and butcher shop in Brooklyn. “It tends to be lower in ABV, letting you drink more and make it through your dinner, and the flavors, ranging from off-dry to bone-dry, with good acidity, make it a great pairing for a variety of Thanksgiving dishes.”

Foster also recommended some pricing options if you don’t know where to start. For a fancy bottle of cider to bring as a gift, he chose Symbiosis from Art+Science Cider. “This is actually a blended cider with half wild, foraged apples and half Gewürztraminer grapes. I dare you to blind it against any wine nerd and see where they land on it,” he said. “Wonderfully complex, bright, funky, and dry, dry, dry.” As for a budget-friendly cider, canned ciders are the way to go. “I particularly like the new cans out from Eden Specialty Ciders, as well as those from Shacksbury. Both offer great value and dry cider options in a conveniently chuggable format.”

A classic cider pairing to introduce to the Thanksgiving table is cheese, which we had plenty of at Cider Week. Murray’s Cheese paired six of their cheeses with ciders from Brooklyn Cider House, and one pairing stood out to me that Alexa Wilkinson, who works for Murray’s wholesale department, also recommended. “For Thanksgiving, I’d say go for the crowd pleasers! Kinda Raw from Brooklyn Cider House is a gateway cider. Go for that with an American clothbound cheddar like our Stockinghall Clothbound and you’re golden!”

To really impress your guests at Thanksgiving, cider also pairs well with bone marrow. Jordan Werner Barry, cider expert and host of Modernist Bread Crumbs on Heritage Radio Network, described a pairing she recently put together at Jeepney, a Filipino gastropub, using Eden Specialty Cider’s Cinderella’s Slipper. “We poured the dry, still cider down the bone to pull out all the last bits of the marrow. It was a transformative experience about the power of cider to cut through richness and stand up to food.”

Chef-Owner Jonah Miller of Huertas in NYC made the connection between his restaurants cider pics and what pairs well with Thanksgiving. “We like tart and funky Spanish ciders able to cut rich foods, even our foie gras pintxo (seared foie gras on toast served with roasted apple).”

However you want to showcase the crisp snap of hard cider at Thanksgiving, there are plenty of options for this quintessential autumn alcohol, and cider can carry your palate from an aperitif cheese course through to your pies for dessert.  So whatever rich, sleep-inducing foods you choose, they’ll pair well with dry, acidic, and even sweet cider to savor over a long meal!