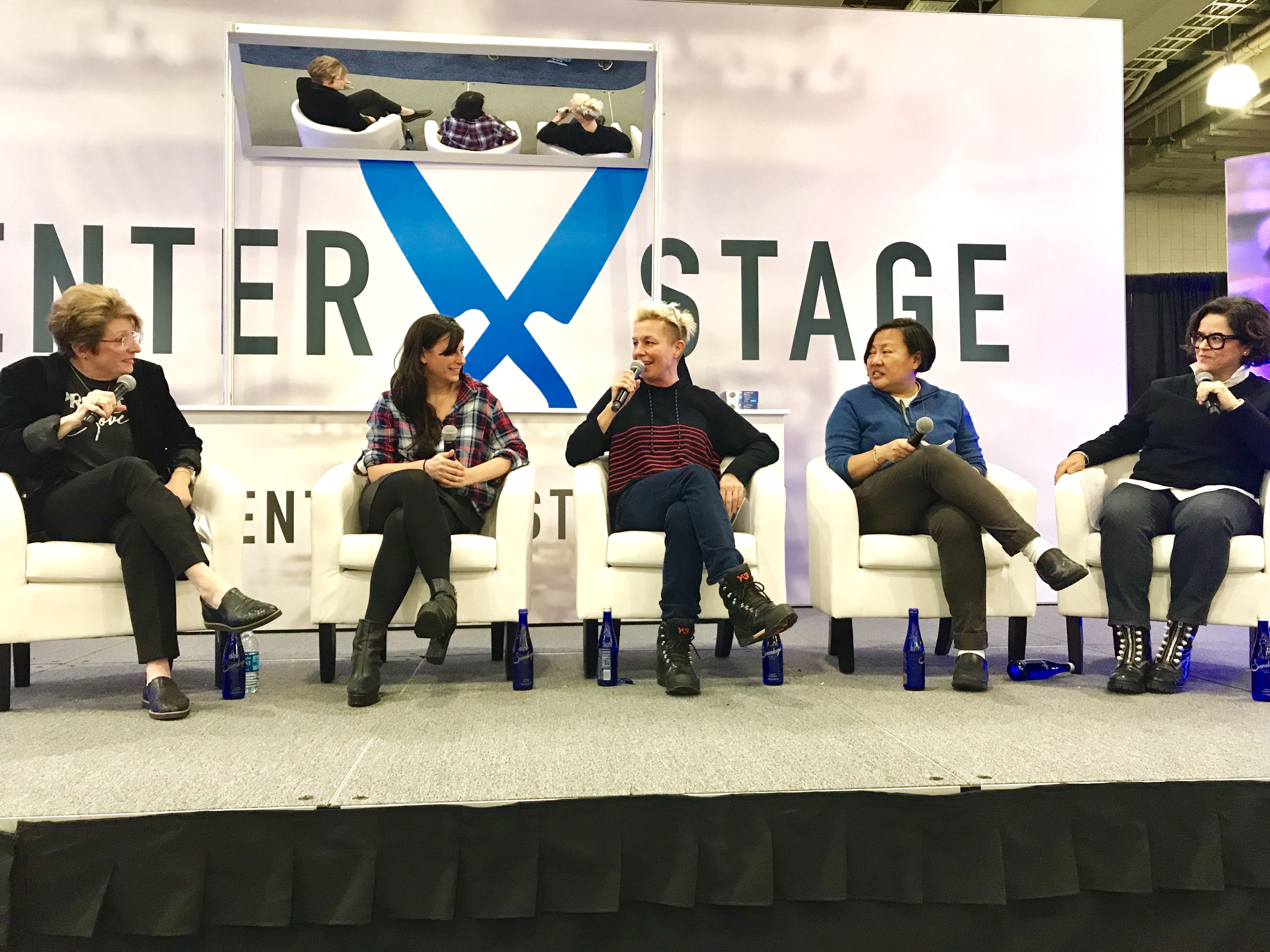 Happy International Women’s Day from CulEpi! Or as we like to call it, Happy We-Actually-Make-Up-Half-The-Population-But-Thanks-For-Giving-Us-A-Day Day! Today we celebrate all of the women in our industry along with the power they yield to make substantial changes in hospitality as a whole.

The panel focused on what role women can and should play in the industry moving forward. Kathleen pointed out, “you’ve all mentioned there’s a change going on right now–– our approach to business, our approach to ourselves, to our people, to our ingredients and our products. When you think about this type of change, some could say that it creates a lot of anxiety, but I tend to think it creates a lot of opportunity to stand up and speak out.”

If you know anything about these panelists, then you know that speaking out is necessary to become the strong industry voices that they are today. “As a person of color, as a LGBT person, as a female, you have to stand up,” Anita asserted.

It’s about dignity. If you don’t stand up you’re going to hurt yourself. If we all stood up, we could change the world and we all have the responsibility to use our platform. ~Anita Lo

Amanda continued on this same point, “if you have something to say, just say it. Just put it out there. Let people know what you’re thinking. The gains will be so much better than the losses. If you’re passionate about it, you will be rewarded.”

Often times, especially in an environment where women are the minority, it can sometimes be intimidating for women to speak up against the status quo. Claire’s advice is simply to get used to, “being comfortable with being uncomfortable.” She continued, “as women, we work so much harder to achieve what we achieve. It’s complicated, so eventually with experience, you have to get your confidence up.”

Once you realize that you can be a leader, you really can inspire other people. ~Claire Martin

While it’s key to inspire each other and go after what you want wholeheartedly, it’s just as important to acknowledge the hurdles women encounter. “My parents were very ‘you can do anything’ kind of people,” Elizabeth explained. “I had a lot of female chef role models around me in California, and I never thought it was going to be an obstacle for me to be a woman.”

I wish somebody could have told me that it actually is harder to be female because you have to prove yourself twice as much. ~ Elizabeth Falkner

The panelists agreed that to gain the confidence to go after what you want in your career, it’s helpful to surround yourself with supportive women. Claire emphasized this by explaining that even though she is part of a group of just 5 or 6 female distillery owners out of more than 2,700 male-owned distilleries in the US, by banding together, these women have already been successful at moving their industry forward. “We are just creating groups as we go and when we join forces it’s incredible,” Claire explained. “There might be only a few of us, but we are fueling so much. It just gives you the courage and the support to say, ‘does this happen to you too?’ And when you hear yes, it’s like I’m not the only crazy person going through this.”

Anita added to this group mentality by emphasizing the power of mentoring other women chefs trying to make it in the industry. “Mentoring is really important to this,” Anita insisted. “I think we all owe it to our employees who have been with us long enough and have left on good terms, to help them through their entire career, to get to the point where they’re chefs and they’re confident.”

It’s not just the support of other chefs that the industry needs to move forward, it’s also important to have other industries on board as well. In light of the #MeToo movement, Amanda wrote a piece for Esquire magazine highlighting the role that the media has played in the lack of female representation in the culinary scene.

I’ve been here for 10 years. Now all of a sudden, you’re interested in me because I’m a victim, not because I’m an amazing chef. This is so typical of the media. ~Amanda Cohen

Even though she was critical of the media, Amanda noted that, “the feedback was really positive. It really made the media stand back and say, ‘oh, actually we are complicit in this.’ A lot of writers and editors said, ‘to be honest… maybe we just didn’t look very hard for a female chef when we could just go to our pal the male chef around the corner who I got drunk with a few nights ago, because they’re so much more fun to get drunk with than the female chefs’– Not true by the way, we have lots of fun.”

This lack of exposure also plays into the overwhelming challenges women face just to get funding for their business ventures. “If you look at the numbers, it’s just ridiculous the difference in what a male-driven business gets compared to a female-driven business in the same industry,” Claire said.

We have to do a better job at pitching to investors. The more we do it, the more we will inspire others to do it, and we will get more money. You have to be confident enough to reach out and take it. ~Claire Martin

Although the battle for funds continues–– along with all the previously mentioned challenges women continue to face–– the sheer fact that the industry as a whole is going through extreme changes leaves a huge door open for women to march through and make those changes themselves.

We are the largest contributor to the economy than any other industry in the United States. We could blow up this business model and really set it right. We have the chance to reset the table right now and build something new. ~Kathleen Wood

As the panel wrapped up, Amanda envisioned, “in 10 years, what I’d really like to see is all of us back on this panel and your question to us is, ‘what was it like living in the age of inequality?’ and we can look back on the past knowing that we’ve actually solved all of these issues.”

“I’ll look forward to that panel,” Kathleen responded. “And it will be the end of International Women’s Day because it would just be every day. Wouldn’t that be awesome?”