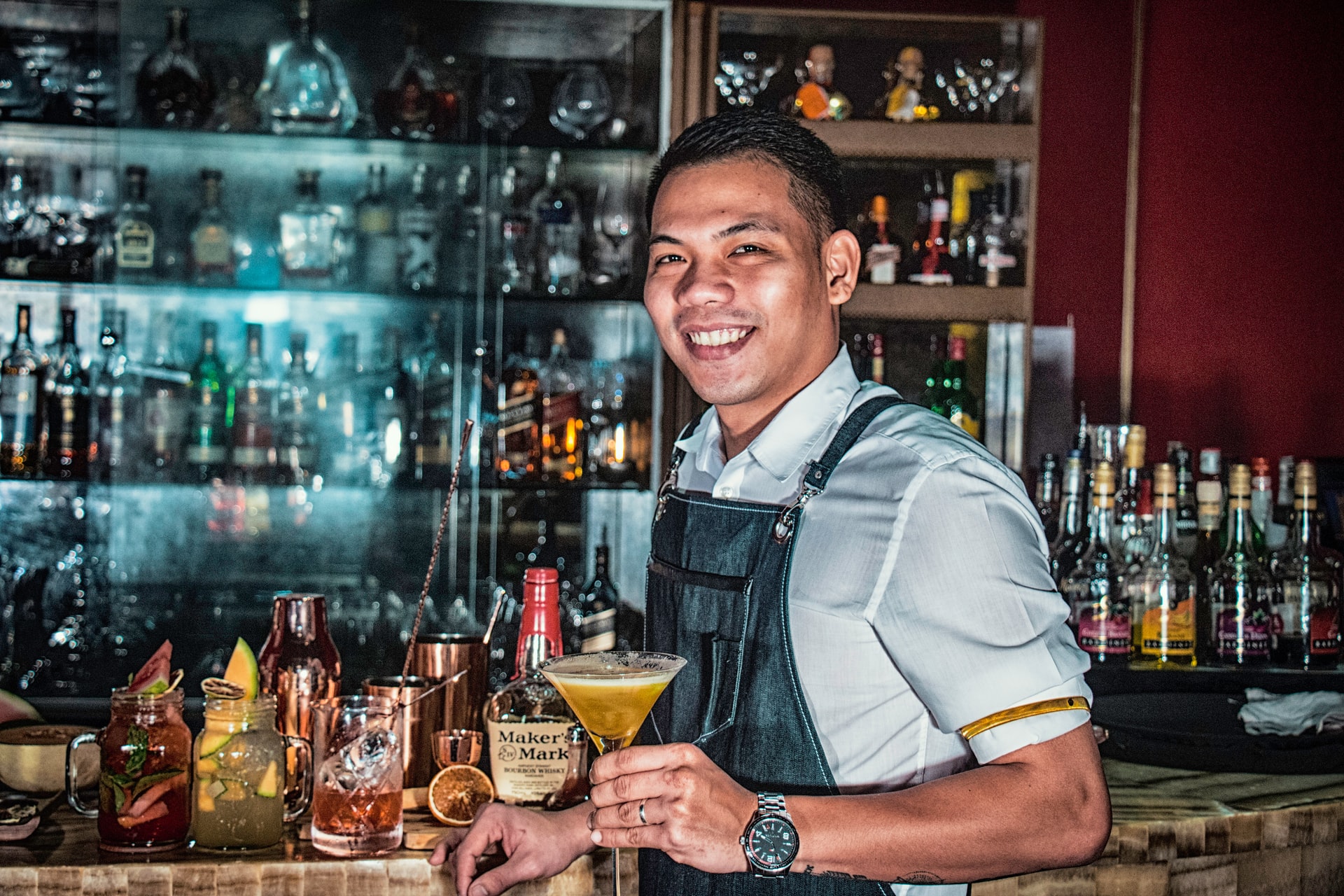 At the NYC restaurant where I work (or worked, depending on how things go), we have a quirky pre-shift ritual. Behind the bar sits a prayer candle, but instead of bearing the face of a traditional saint, the candle features a robe-clad version of Anthony Bourdain. We refer to him as the leader of the restaurant gods, and before our shifts the FOH team lights the candle and says a quick prayer: May the shift be lucrative, the customers not be insane, and everyone be out promptly by 10:50 PM (we close at 11:00).

Until the devastating and insidious onset of the coronavirus outbreak, these wishes were at the top of our lists of priorities. Less than a week after saying our final prayer, I know I’d personally love the chance to serve even the bad tippers, the campers, and the ‘may I speak to your manager’ types. It seems, at the moment, the restaurant gods have turned their backs on us. The entire hospitality industry is—to put it mildly— in the weeds.

Like all too many others, as a career server, I’m currently out of a job and completely without income. I’m not working from home. I’m not on paid sick leave. I’m not cracking jokes about wearing my pajama bottoms to a video conference. I’m just straight-up unemployed. For the first time in my adult life, I won’t be receiving a paycheck this week. And there’s nothing I can do about it.

It seems, at the moment, the restaurant gods have turned their backs on us. The entire hospitality industry is—to put it mildly— in the weeds.

I consider myself to be a person of action. If there’s a problem, I fix it. However, during this time of extreme crisis, temporarily pausing is actually the responsible solution. But social distancing, staying home, and not putting others at risk requires a kind of stillness that is especially difficult for those of us who work in the industry. We thrive on crowded dining rooms and packed bars. We like being so busy that everything except getting through that night’s service is silenced. And now here we are, asked to sit still—unable to pull ourselves out of the weeds, and with no system in place to rescue us either.

None of us know how long this will last, or if the restaurant industry will even be recognizable when we all come out on the other side.

For the first time in my adult life, I won’t be receiving a paycheck this week. And there’s nothing I can do about it.

Since this has all unfolded, I’ve been oscillating between several emotions. There’s the fear that I will no longer be able to support myself financially doing something I love. There’s the hopelessness that comes from having to sit back and trust that people act selflessly and don’t jeopardize the health and safety of others.

And then there’s the crushing guilt. It washes over me when I take a moment to acknowledge the fact that as of today, over 58,000 people (with the number growing each day) have lost their lives to this devastating illness, and countless more are mourning the loss of their loved ones, I’m worried about the loss of my job.

It’s overwhelming and all-consuming. But those are just the bad emotions.

In a time when it would be easy for people to behave at their worst, instead what I’ve seen is an outpouring of people at their best. For me, this has helped foster a sense of gratitude that outweighs a lot of the other negative feelings. In the days leading up to the announcement that bars and restaurants would be ordered to close, I witnessed many acts of genuine kindness.

As business dried up before we had to shut down, part-time employees voluntarily gave up hours to those who had no other source of income. During my last shift, a regular who was sitting at the bar gave me, my fellow server, and the bartender each $100 in cash. I teared up at his generosity.

The media hasn’t been blind to this issue, and for the first time ever I’ve seen a wave of activism and political interest related to the hospitality industry. Resources for industry workers have swooped in with astounding speed and force. I’ve seen countless posts about restaurants who are setting up fundraisers which will allow them to continue paying their staff.

I’ve always found it baffling how little attention our industry receives in the political world. Despite making up a significant percentage of the country’s workforce, we aren’t really considered a voting bloc in the same way as other industries (think: truckers, teachers, nurses). With this crisis shedding light on how essential we are to both the economy and to the quality of life of many people, we can only hope that the way in which industry workers fit into the fabric of our country begins to change.

During my last shift, a regular who was sitting at the bar gave me, my fellow server, and the bartender each $100 in cash. I teared up at his generosity.

The recognition that is being given to restaurant workplace issues during this trying time gives me hope that maybe, just maybe, our lawmakers will realize that industry workers need health insurance. We need 401ks. We need paid sick days. Though these benefits are available at some larger restaurant groups, at smaller restaurants like mine, we don’t even dare to dream of these things. Until now.

Now is the time for industry workers across the country to prove ourselves. We’re a team, we’re a family, and this is probably the first time ever we’ve all had (consecutive!) days off together. So let’s use this time to spread awareness, to look out for one another, and to advocate for change. Right now, we’re in the weeds. But, at some point, we can all look forward to having our shift drink together, celebrating a job well done.