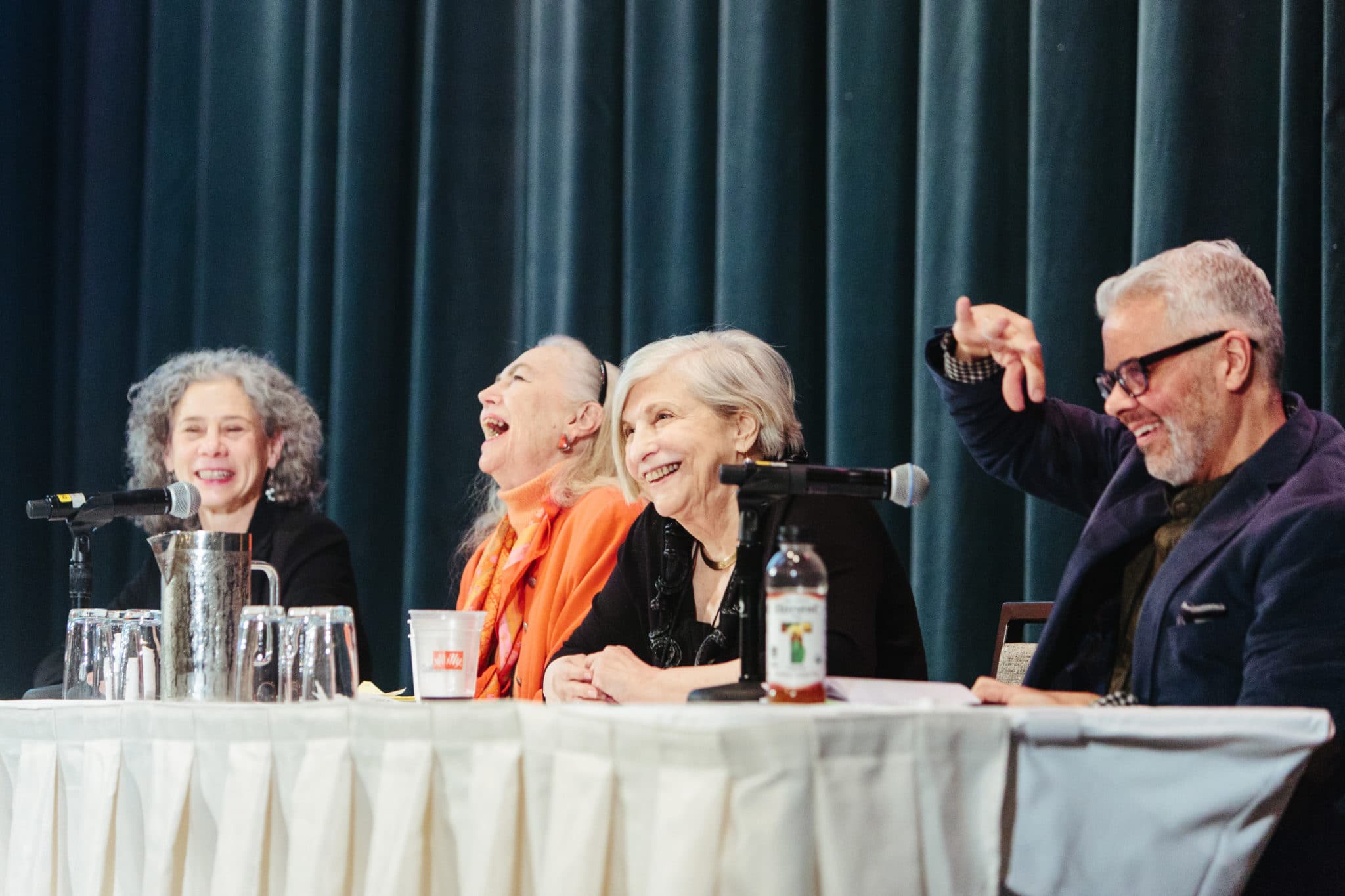 It’s hard to imagine today, but when the International Association of Culinary Professionals was founded forty years ago, there were no social media platforms for making connections and expanding your professional network – nor were there unlimited career opportunities for women to tap into using these platforms.

Nearly five dozen sessions, workshops, and late-night panels covered such diverse topics as Homeschooled: How to Run Cooking Classes from Your Home Kitchen with Barbara Fenzl, Everything But the Quack, or How to Eat a Whole Duck with Ariane Daguin, Telling Your Instagram Story in the Most Compelling Way with Rachel Karten, A Taste of Sonoma County with Kendall-Jackson’s Randy Ullom, and Food in the Age of Trump: How Can Journalists Join the Conversation?

While all these energy-filled discussions engaged their audiences, no panel was more enlightening than the lively exchange between culinary luminaries Darra Goldstein, Betty Fussell, and Nathalie Dupree, along with Washington Post Food and Dining editor Joe Yonan. Entitled IACP at 40!: A Look Back at How We Set the Table, the panel expounded on the founding and purpose of this organization that was originally called the Association of Cooking Schools and evolved over the years to include a multitude of culinary professions.

“It gave us a platform when we didn’t know what a platform was,” said Nathalie Dupree, the grand dame of Southern cooking and an IACP founding member.

At the time, Dupree was running a cooking school with 20 stoves for Rich’s department store (now a Macy’s) in downtown Atlanta, “but I had no ownership position and I saw myself as vulnerable,” she explained, adding that “I had almost no chance of owning a cooking school because I had no money.”

She pointed out that there were few career options for women at the time, especially for those recently divorced. “If we had just gotten divorced, there weren’t many other choices. Women were looking for things to do other than being a secretary.”  Coming together to form the organization dramatically changed those prospects.

“We saw that there were a lot more careers than any of us dreamed of.” – Nathalie Dupree

There’s strength in numbers, and the organization’s growing membership soon legitimized teaching cooking as a profession, not just for women but for men as well.  Back in the day, women who wanted to teach cooking had no credentials, but in order to teach – at home or in a school – they needed them.

“Cooking school owners wanted an imprimatur and cooking teachers wanted to know each other and find more places to teach and work,” Dupree explained.  The fact that teaching cooking, as well as food writing and food television, are all legit career paths today is due in large part to the IACP and its early members.  Today an award from the IACP for cookbooks and other food media is the global gold standard, that’s why it set off a Tweet-storm of protests at the 2018 Awards in NYC when “Six New Seasons: A New Way With Vegetables” co-written by IACP CEO Martha Holmberg took Cookbook of the Year.  The IACP rescinded the award, and is issuing new entry policies as a result.

Panel moderator Darra Goldstein knows well the impact an IACP award can have, even before the days of Twitter.  She recalled that when her book The Georgian Feast won the Cookbook of the Year Award, “It really changed my life by legitimatizing the food writing and culinary history work I did and I felt empowered to shift my focus even more into the food realm.”

Though not a founding member herself, Julia Child was nevertheless an influential IACP member.  A pioneer cookbook author and the original food TV star, Child gave generously of advice and inspiration, something the IACP is all about. “We owe everything to Julia Child,” said Betty Fussell. “She told me to join IACP.”

Julia Child gave the same advice to past president and owner of Les Gourmettes cooking school in Phoenix, Barbara Fenzl, who was in the audience.  Fenzl recalled, “She said ‘Dear, you have to do two things, start your own cooking school and join the IACP.”  Julia Child also served as a role model for Fenzl and other IACP members, showing that you could be a happily married woman and still have ambition for your own career.

Over the years, IACP offered valuable professional development to its membership when this kind of support was scant for women. The networking opportunities were unparalleled in the food universe at that time. “The organization is all about connection,” said Joe Yonan. “At my first convention Nathalie Dupree took me by the hand and introduced me to everybody.

“This is the place where you go to try to keep up with ever-changing requirements to keep your job or your business. This happens in the hallways.” – IACP member Joe Yonan.

Serious workshops allowed the teachers to continue learning and impart their new knowledge to their students. “Belonging to IACP was the main reason Les Gourmettes, now in its 36th year, has been so successful,” says Fenzl. “Every year at the annual conference we networked and went to workshops and master classes learning to break down a fish, temper chocolate, etc.”

Janie Hilber, past IACP president and cookbook author, bestowed the ultimate accolade on the organization, “It allowed people to follow their passion as a career.”