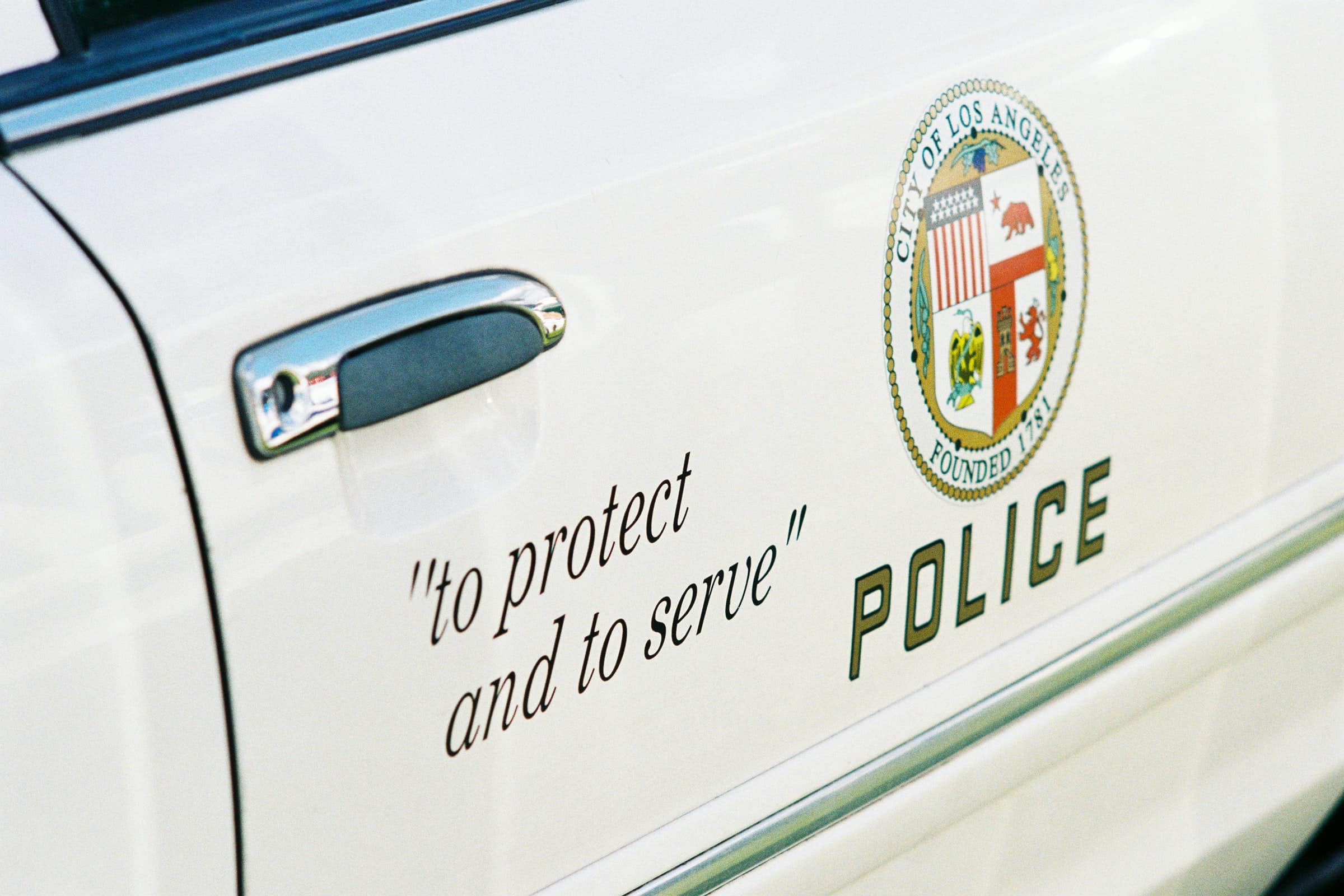 My mom wrote the motto “To Protect and to Serve” when she was seventeen years old. Her father, my grandfather, Joseph S. Dorobek, was an officer with the Los Angeles Police Department, and in 1955 the department held a contest among its officers to come up with a motto. My mother submitted her idea under Grandpa Joe’s name, and her elegant and powerful words won and were subsequently adopted as the official motto.

Today, on what would have been my mother’s 82nd birthday had she not passed away five months ago, I had planned to publish something in honor of her as a female restaurant owner back in a day when there were so very few.

But now, I look at what’s happening in cities and towns across America and the world, and I think of the police brutality and racism that led to the death of George Floyd and so many others, and I keep thinking of that now-famous LAPD motto, “to protect and to serve.”

I always thought it was so cool that my mom wrote that motto, so proud to know she thought up what is today the most famous law enforcement slogan in the country, quoted countless times over decades. And now, as I watch (way too much) news these past days, I hear it quoted by so many people on channel after channel, whether it’s CNN or FOX, by the left or the right.

No. It’s not easy being a cop. You’re underpaid. It’s dangerous. It’s thankless. But, regardless of the immense challenges, police officers must embody that motto, they must protect and serve. Everyone. Equally.

Yes. Many, if not most, officers do strive to protect and to serve their communities, many actually were born and raised in the communities where they work. Sadly, many neither protect nor serve black communities and individuals.

I remember the LA riots following the acquittal of the LAPD officers who beat Rodney King. It was 1992, and my city erupted in protest, but also in selfish looting and senseless violence. Those police officers who brutalized Rodney King betrayed their motto.

People across America swore they would see an end to racist police brutality. Yet, here we are today. Twenty-eight years after the Rodney King riots, and it’s still happening.

My mother truly believed that the responsibility of law enforcement was best summed up in the words she chose, and her police officer-dad believed them too. I was raised to also believe that police, national guard, even the military, all exist to protect and to serve. So when I see police brutality, when I saw that video of George Floyd being killed by a man who was supposed to protect and to serve, it fills me with anger and sadness.

Yes, people break the law and have to be arrested. But NO, arresting someone does NOT entail beating them and killing them. And keeping the peace during a demonstration does not involve beating or killing people either.

Yesterday, a chef, David McAtee, was shot and killed by law enforcement in Louisville during a demonstration. He was a community leader, a volunteer, a beloved restaurant owner, and now he’s gone. This should make us all angry and sad.

The day before that, looters and vandals set afire the restaurant of someone I grew up greatly admiring, Chef Nancy Silverton, who survived COVID-19, had opened her kitchen to cook meals for hospital workers, and was sitting at home watching the news only to see her restaurant on fire, looters running out the door stealing wine. When I watched the video interview with Silverton on MSNBC, it upset me beyond words.

This morning, finally, I saw something that put a positive message out there. Bored Panda put out a slideshow of images of unity across America. Images of cops and black activists on the same side, of black communities protecting their stores, cleaning up after looters and vandals, of police joining protesters, and protesters protecting police.

The violence that’s happening all across this country, violence by police, violence by vandals, is all part of the problem. It is not the solution.

Yes, people are angry, they are enraged. I’m angry and enraged. I want to shout at the top of my lungs “ENOUGH!!!” And I say ENOUGH both to police brutality and to looters and violent vandals who have nothing to do with the peaceful protests demanding justice and equality for African-Americans.

I believe law enforcement does have the right and indeed the duty to stop looters and vandals. And I fervently believe that when they do make these warranted arrests, they must not exercise brutality.

This country, this world, is crying out for change. For fairness. For justice and equality. From Hong Kong to San Paolo to Los Angeles, the oppressed are saying “ENOUGH.”

I feel that the image of George Floyd on the ground, the knee of a brutal police officer crushing his neck, is a symbol of the brutality of oppression everywhere. In this country and the world over, blacks, latinos, indigenous people, women, citizens crushed under dictatorships, and yes, even poor white men who work in places like coal mines for shit pay and die of black lung, are all crying out “I can’t breathe!”

Sadly, and what makes me more angry than all these instances of injustice and unfairness, is the fact that we are so damn divided. Because it’s true. Divided we fall.

We are fed and often we swallow whole, divisive news, divisive messaging, divisive doctrines, and it becomes nearly impossible to unite for justice and for fairness.

To unite not just for an end to police brutality against the black community – which we must do – but to unite for justice and fairness in all its forms, including fair pay, equal access to good education, universal healthcare so no race or gender has less access to healthcare than another, to unite for fair tax codes that don’t only benefit the super rich, to stand for equal access to legal representation, fair criminal codes…and on and on the list goes.

The motto “To Protect and to Serve” goes beyond the LAPD. It goes beyond any law enforcement institution. It extends to all bodies of government, from your local city council and mayor, to your state legislator and governor, to your representatives in Washington, and on up to the President.

Right now in this historic moment when there is so much momentum for change, we need our leaders to step up, to unite across the gaping divide, to honor their duty to protect and to serve, to stop hiding because they’re afraid. I think it’s fair to say that we’re all feeling a bit afraid lately. It’s no excuse for silence.

No, it’s not an easy job. Nobody ever said it would be easy to be a mayor or a governor or a senator or a president. If you thought it would be easy, if you weren’t prepared to actually BE a leader, to lay your reelection on the line and fight the good fight, then you had no business even running for office, let alone taking office when that responsibility was bestowed upon you by the voters.

My mother believed that the police, that all institutions of governance, should exist “To Protect and to Serve.” It is a belief – and a motto – we should ALL stand for, no matter who we are, where we’re from, how much money we have, what is our political party, our religion, our gender, or our race.

Thank you for this article!