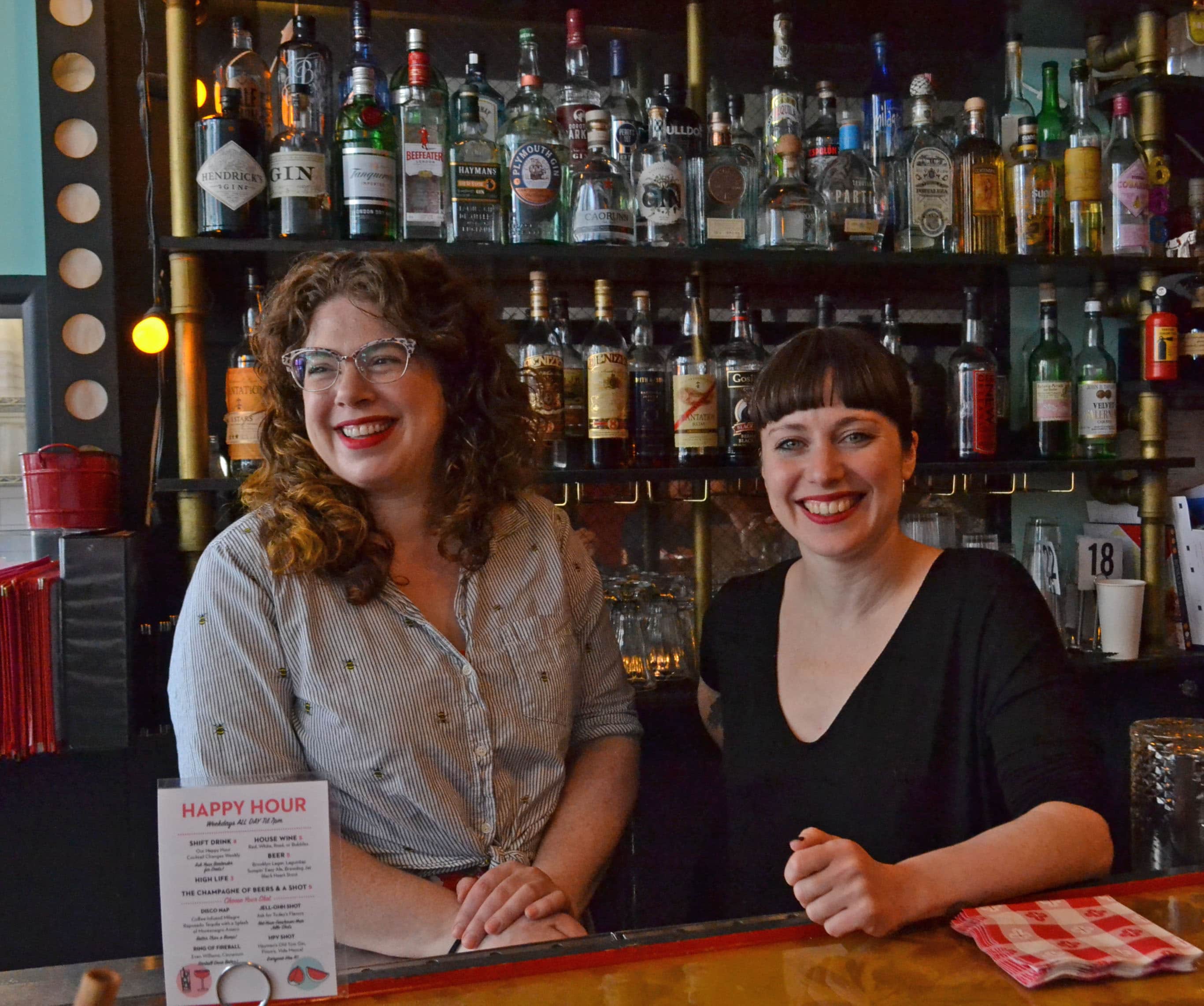 As a way to celebrate female entrepreneurship, I had the idea to host a small cocktail party for some close friends where I’d serve all women-founded food brands, and then write about it. My hope was to spark a conversation about what it takes to be a female food-business founder today. What I thought would be a simple task, however, proved to be more of a struggle than I expected, and it sent me on a quest.

Now, it’s easy to find fashion or retail companies founded by women, but for some reason, female food brands seem scarce and tough to find. That is unless they’re conveniently, feminine in name like Winking Girl Salsa or One Woman Wines. And while I was able to come up with a nice spread eventually, it left me questioning why there weren’t more women-led food companies to choose from, and why the ones that did exist were so hard to find.

So, instead of simply highlighting women food entrepreneurs like I originally intended, I made it my mission to dive deeper into what makes women in the food industry different, why they are so difficult to come by and how successful women are navigating another clearly male-dominated industry.

My first stop was a combination bakery and cocktail bar and self-proclaimed “Lady Utopia” in Brooklyn called Butter & Scotch. The bar resembles a classic, 50’s diner with bright lighting, glowing neon signs, scattered chick-inspired décor and a menu that’s as entertaining as it is enticing.

Full of nostalgia, the Butter & Scotch menu centers around its decadent baked treats like its signature Birthday Cake, decorated with a homemade blend of “Bitches Love Sprinkles.” For chocolate lovers, the S’mores Pie or the Hotline Bling Cake are both rich and fun.

Along with dessert, they’ve got an amusing, chic cocktail list with drinks like the tequila and sage-laced “Smash the Patriarchy,” an upscale pickle-back shot with Dickle Rye appropriately called the “Dick Pic,” or the even more risqué “Nip Slip” with orange sorbet, Cava and ginger. No matter what cocktail you choose, one dollar of what you spend on it will be donated to Planned Parenthood, a move that sealed the deal on their fully transparent feminist business model.

After visiting the bar and purchasing a delicious Bourbon Ginger Pecan Pie for the party, I got the chance to sit down with co-owner Keavy Landreth who filled me in on how her and business partner Allison Kave fully threw themselves and their vibrant personalities into their business, and why it has been so successful.

“We have little meetings sitting in our office thinking of menu ideas and we’re like, ‘Is that too far? Did we go too far with that?’” Keavy laughed. “Sometimes we have to reel it in, but that’s rare because you know what?  People want it!”

Butter & Scotch seeks to attract people by being unapologetically female and unafraid to attach themselves to their beliefs and politics. “We discovered that the less we held back, the more people got excited,” Keavy told me.

“So, come last January, or right after Trump was elected, we kind of said ‘Well, fuck everything! This is us.’ And we are super transparent now.”  — Keavy Landreth | Butter & Scotch

In fact, the first night that they launched their new menu after the election, which was also the start of their Planned Parenthood cocktail donations, the bar was so crowded that Keavy ended up having to sit across the street and watch the long line of people going into Butter & Scotch from afar. “It was clear, this is something that people actually care about, it’s not just us,” Keavy said.

Even though they’ve now found success in their business, it was difficult for Keavy and Allison to raise funds in the beginning. Some of their funding came from loans, but they also successfully raised more than $50,000 through Kickstarter. “The process that we thought would take 6 months took 3 years to raise the money,” she told me. “We kept at it even though it was really hard.  I think when you see a women-run company you’re like, ‘wow it probably took them a lot to raise that!’ Because it’s just so much harder.”

According to Fortune Magazine, female founders only received about 2% of the $85 billion in total venture capital investments in 2017.

As if this statistic isn’t concerning enough, a recent article in The Harvard Business Review suggests that female-founded companies are much more likely to receive funding if they emphasize having some kind of social mission when pitching to investors, in comparison to male-founders for whom this was not the case.

On one hand, this suggests that women need to maintain a sense of goodness or even warmness to be taken seriously in the business world, which can seem unfair and frustrating. On the other hand, however, this finding does give female entrepreneurs the green light to be vocal about what they stand for, much like the founders of Butter & Scotch have done.

Keavy and I continued to discuss how important it is to fight against statistics like these and how beneficial it is, for everyone, to get more women entrepreneurs funded. The reason is simple, “women can bring something new to the table,” Keavy insisted. “Because I’ve had a much different experience than most guys growing up. And Allison has had a much different experience. And it’s our experiences that created this weird DIY-cocktail-bar-bakery-whatever that we have.”

Another aspect of being a woman entrepreneur in any industry is trying to break past the stereotypes and wrong assumptions.

The first misconception for Keavy and Allison actually came from the media. Keavy told me that she often discusses with journalists that her and Allison met at Smorgasburg, a weekly outdoor food market in Brooklyn, through a mutual friend. At the time, they both owned separate, successful pastry companies and once they met they decided to move on from those and go into business together instead. But for some reason, a few journalists decided to put their own twist on it. “They’ll often say, Keavy and Allison were best friends and decided to open this place. It’s just like, we weren’t!” Keavy chuckled. “I don’t know, is that like just a feminine thing? Do you ever lie and say that these two dudes were BFFs and then they opened something? I don’t think so.”

Keavy also suggested that sometimes in order to break a stereotype, you have to throw it back in people’s faces to get their attention. “Patrons come in here and they know it’s women-owned and that we have women bartenders and they’re like, ‘Are all your drinks really sweet?’” Keavy explained. “We get that all the time. We’re like, ‘No, we actually know what we’re doing and they’re quite balanced, thank you!’”

As a way to fight back against this, Butter & Scotch’s Spring menu consists of only pink-colored beverages. “These pink cocktails are all going to be delicious even though they’re extraordinarily feminine,” Keavy said. “They’re going to be complicated and balanced and it’s OK.” This not-so-subtle push back is what Keavy explains as “sort of this middle finger to cocktail culture.”

It’s this boundary pushing that has made her business successful and maybe it’s the key to getting more women-run companies on the map. While I’ll continue on my quest to look deeper into female food companies, I’ve already learned so much from this first conversation. If there’s any takeaway here it must go something like, in Keavy’s words, “the world is our oyster, people! It can be something different. We are all very hungry for something different.”