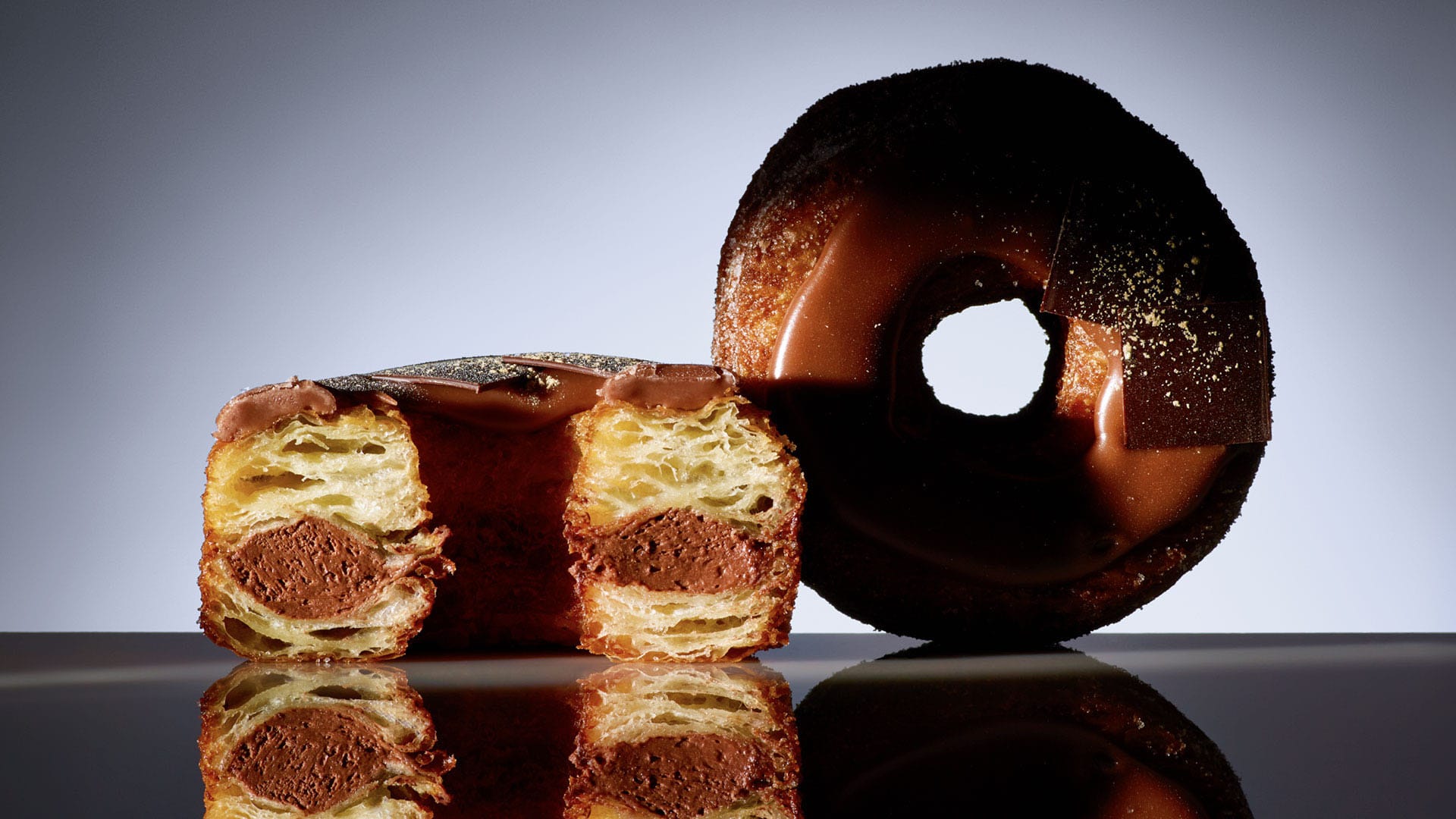 As a food photographer and tabletop director, I’m familiar with the tricks food stylists can use to make food appear more appetizing in pictures. Their imaginative cheating makes for impressive results, but it also destroys the integrity of the food, creating a void that you can see in the photographs. In fabricating their “food” items, stylists do away with the tiny, charming imperfections that make them real – and often, it is specifically that truth and those natural flaws that will draw the viewer into an image.

That’s why I shoot real food; because no matter how perfect a fake may look, it will never be as engaging or evocative as the real thing.

I remember early on in my collaboration with chef David Bouley, I learned firsthand how valuable real food can be when it comes to the quality of an image. We had a shot that needed just one or two more drops of sauce on the plate. There were any number of liquids that we could have used to complete the set up and keep things moving, but compromise is never an option for great chefs. I watched as David mixed each ingredient together, creating his sauce exactly as he would if it was going to be served in his restaurant.

The result was an authenticity that could not have existed had he skipped any part of the process; a realism that could not be imitated. It’s the same stubborn pursuit of perfection I’ve witnessed in so many other great chefs I’ve worked with like Daniel Boulud, Dan Barber, Dominique Ansel and José Andrés. It’s what makes them great, and it always translates into a true and captivating photograph.

Since then, I’ve held to that lesson: the soul of an image cannot be faked. Fake food is, by definition, an act of deception. The image that results is a lie, misrepresenting the subject and manipulating the viewer. Fake food brings less truth to an image than it does nutrition to a meal.

Whether I’m working in still photography or directing a video shoot, either with a chef on an editorial project or an ad for a corporate client, the goal is always to represent the subject matter in a truthful way. I need to translate the soul of what I’m shooting, so the viewer can connect, relate, and ultimately, be inspired by the images. I’ve found this is simply not possible when working with fake food.

If you can make a client say “Wow!” because of how you photographed their food authentically, rather than how well you imitated the food for your photograph, that is a far greater success.

The best chefs are always striving for authenticity. They seek out and are inspired by the freshest ingredients. They take great care to let the natural flavors of the food shine, not masking its natural beauty through unnecessary manipulation. Great chefs don’t need to hide behind tricks and sleight of hand. They understand how to elevate different ingredients by respecting their nature. I take the same approach to my photography by respecting the inherent allure of the subject, no matter how imperfectly perfect it might be.

José Andrés once told me that when cooking food for photographs, his main focus is to make the food taste good because if it is delicious, then it will look delicious. Fake food is not tasty. It’s not even edible. It is, at its core, a misrepresentation, designed to trick the viewer into seeing something that isn’t really there. At a shoot, we may plate something differently than it would be done in the restaurant, but that’s about how the food interacts with the light, not about pretending it’s something other than what it truly is.

Shooting fake or real foods each pose their own set of challenges but when you’re shooting with real food, speed and timing play an even bigger role. Your whole team needs to be on point, which raises the game of everyone involved, including the chef.

Using fake food can solve a lot of problems that could arise when shooting the real thing, so I understand why some photographers want to rely on these tricks. They use glycerin or food coloring or soap bubbles or what have you, to make their imitations appear as appetizing as possible. I’ve just never felt that a perfectly styled scoop of vegetable shortening looks as good as an actual scoop of ice cream.  Yes, the real stuff will start melting quickly, so we may need to restyle the shot several times before we capture it, but the authenticity we achieve always makes the difference in the finished image. Even if you can’t pinpoint exactly what made the distinction visually, I believe it’s something you can always feel.

I’m often asked why I get on so well with chefs and I think it comes down to a matter of respect. Great chefs don’t compromise. You can see their respect manifest in the way they handle a beautiful piece of fish, or how they select produce. Their reverence and professionalism are evident in how they maintain their tools and their work space. I have always loved to cook and have great respect for how chefs work, always striving for perfection even though they know it is unattainable, endlessly seeking a balance between consistency and innovation. In that way, their goals are the same as mine, and like me, the best chefs don’t fake a thing.

Thomas Schauer is a world-renowned photographer and the founder of Thomas Schauer Studio in Vienna and New York City, a motion and still photography studio focusing on commercial projects in the food industry.