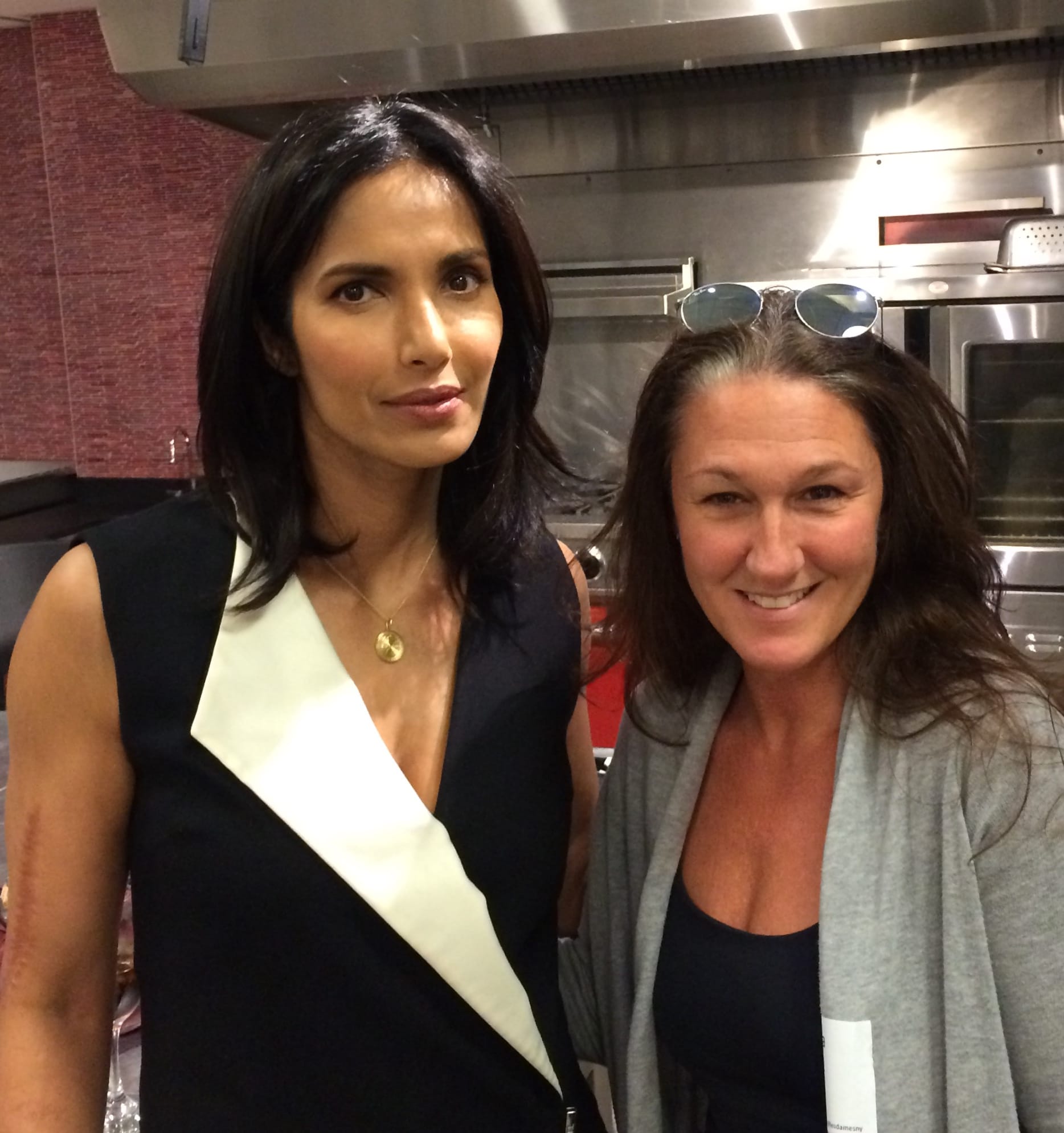 As the US holds its breath to hear who Trump will nominate to fill the Supreme Court seat being vacated by Justice Kennedy, the Planned Parenthood Action Fund and the National Women’s Law Center held a joint press conference today to emphasize the impact any new Justice will have on the rights of women – rights that Padma Lakshmi isn’t afraid to defend, and defend fiercely.

I caught up with Top Chef’s Padma Lakshmi at an event hosted by Les Dames d’Escoffier International New York Chapter, where our conversation went from the need for a “Les Dames” to the serious threat the current Administration poses to the rights of women. I asked Padma if she did the Les Dames event because the organization is about empowering women in the industry and she replied, “Well, really, we shouldn’t have to have a “Les Dames” d’Escoffier, we should be able to just have a ‘Les Folks’ d’Escoffier.”

We both laughed at the pointed comment, then she continued, “This organization was created decades ago, and I think that even today anything we can do to promote more women in executive positions in professional food is a good thing. Other than the military it’s one of the most male dominated professions out there. And so I’m here because of their philanthropic endeavors to help women get to culinary school, and to help place women in kitchens.”

Having interviewed Padma for HuffPost a few years back, I picked up on some of that previous conversation and asked her what she’s been doing lately to utilize her high profile for the empowerment of women, especially in today’s political climate. She laughed at my candor and replied, “Well, that’s a good question!”

Padma Lakshmi has always been open about her struggle living with and battling against Endometriosis, an incredibly painful and debilitating condition affecting one in ten women.  “Well I co-founded the EFA, the Endometriosis Foundation of America, so that’s been most of my work. But recently I’ve been working a lot with Planned Parenthood, and I’m also an Ambassador for Women’s Rights and Women’s Health Rights for the ACLU.”

I commended her on her involvement in both the American Civil Liberties Union and Planned Parenthood, remarking that right now the work of both these organizations is incredibly important, she chimed in, “That’s right, they’re very threatened, both our rights and our reproductive rights are under fire.”

It’s easier to get an assault weapon in this country than it is to get an abortion, or as it turns out even birth control if you’re poor. ~ Padma Lakshmi

With such a bold statement, I said to her, “You’re very comfortable being vocal as a celebrity!”  Again she laughed, “Well yeah, if I know what I’m talking about! I’m astonished that I had more rights than my daughter will likely have in ten years because of the dismantling of the Affordable Care Act and other moves that take away choices for women.”

Padma definitely knows what she’s talking about here, for decades she went from doctor to doctor, trying every treatment available, undergoing multiple surgeries, all to treat her Endometriosis. Eventually she was able to have a child, something that’s next to impossible for women who have Endo. It’s clear to her that women need birth control pills and devices for more reasons than just contraception.

“What’s happening today bothers me because as the co-founder of the EFA, I know that there are millions and millions of women all over the world who use birth control for health issues and that contraception is not even the reason that it’s being given. More IUDs are prescribed for PCOS and Endometriosis patients, and a lot of the ways that women who are perimenopausal manage their symptoms is through birth control methods and hormone therapy.”

Talking about funding for Planned Parenthood and some of the requirements in the Affordable Care Act that protect a woman’s access to birth control, Lakshmi was quick to speak up. “In addition to cutting funding for Planned Parenthood, now employers are going to get to decide what kind of health insurance coverage women are going to get…? I mean really, how dare you. My boss shouldn’t have any control over my healthcare choices, my boss should just offer me my health insurance plan like he does to any male employee. It’s none of their business what pills I’m taking, it’s my business and for the counsel of my doctor.”

Dealing with endometriosis, Polycystic Ovary Syndrome (PCOS), and perimenopausal symptoms can be debilitating. As Padma knows from her own experiences, a woman can be in so much pain and discomfort that she can’t go to school or work, or even get out of bed for days. So denying affordable, even free, access to birth control methods and care provided by Planned Parenthood and the Affordable Care Act, can hurt women in more ways than just their health – as if that’s not damaging enough.

So what’s being said here? If a woman or girl has Endometriosis she cannot work, she has to stay home from work, and then what? Her employer isn’t going to help her get to work? And I just realized it’s to keep women down, it’s about control. It’s a patriarchal idea of who should be able to do what.  ~ Padma Lakshmi

Whether you agree with her or not – and I do – Padma Lakshmi is to be admired for her struggles, for her dedication to helping women suffering from Endometriosis and other reproductive health issues, and her willingness to speak bravely about the threats facing women today, not shying away from controversy because of her celebrity status. “There are people who really need help, and I think my success doesn’t mean anything if it doesn’t trickle down.”