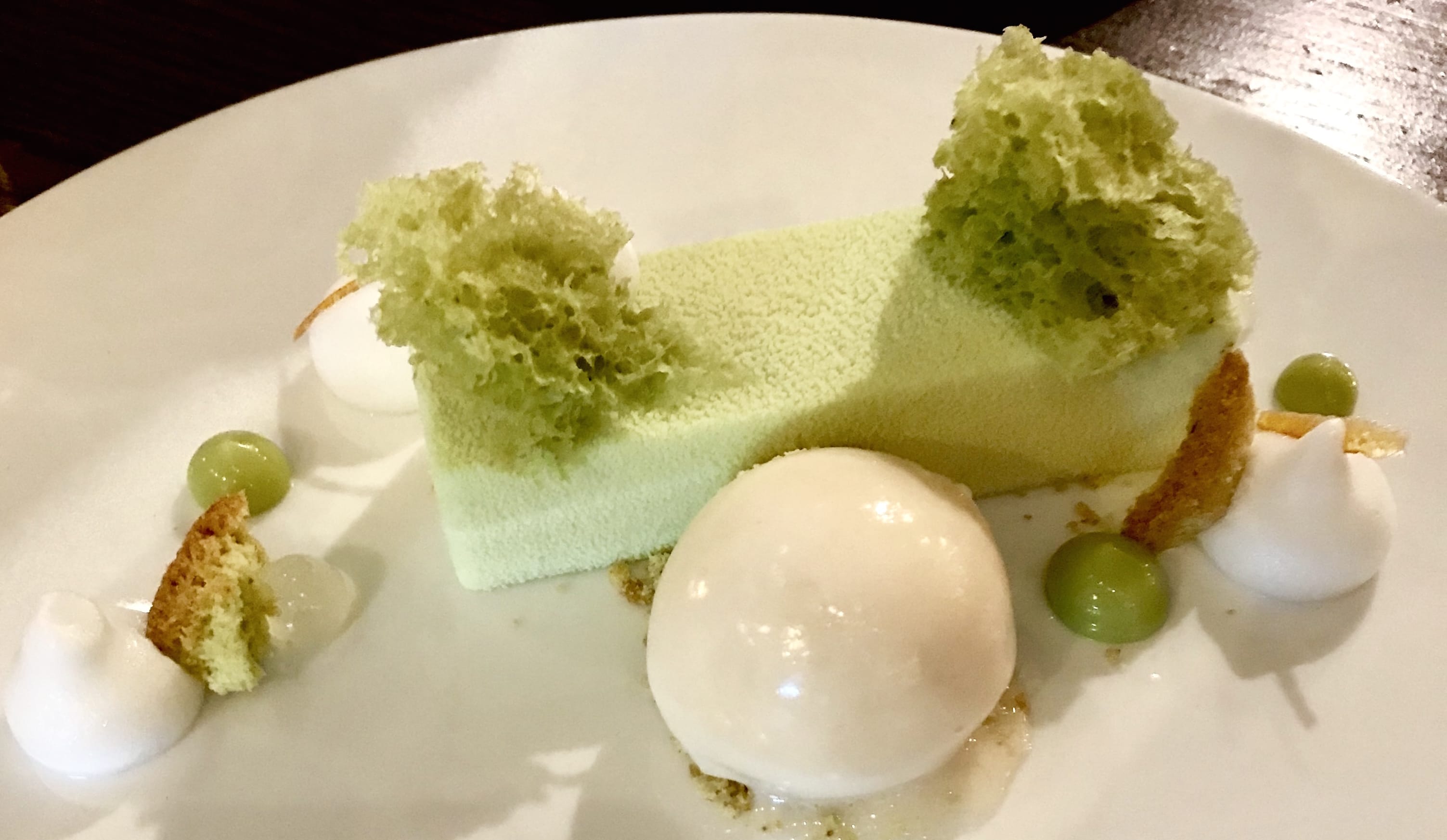 It was a sad day for dessert connoisseurs when pastry chef Michael Laiskonis left Le Bernardin, where he helped earn the restaurant its three Michelin stars, but today we can all celebrate because his desserts are finally back on a menu at Récolte Dessert Bar.

Since leaving Le Bernardin in 2012, Laiskonis has been occupying the very cool gig of Creative Director at the Institute of Culinary Education, where he’s developed an awesome chocolate lab, and got to spend more time with his family – one of the reasons he left restaurants. But, the kitchen and his passion for plated desserts beckoned, and now he’s returned to the line, and he’s again plating some of the most amazing creations you can experience anywhere.

Récolte Dessert Bar will be serving a $23 Dessert Tasting Menu, made up of three courses: an amuse bouche, a main dessert course, and a selection of small sweets the French refer to as mignardises. Regina and Meryle shared two main courses, “Campfire” and “Flowers,” because they wanted to try opposit spectrums of the diverse flavor profiles found on the menu. “Both desserts were exquisite with perfectly balanced flavors,” said Varolli, “and the amuse was super unique because Michael used the unfermented fruit of the cacau pod which has a citrus flavor sort of like lychee.”

Over the years Michael Laiskonis has earned just about every honor a pastry chef can attain, including the James Beard Award for Outstanding Pastry Chef (2007), and the IACP Culinary Professional of the Year Award (2014). With this new venture, we won’t be surprised when he adds yet another new title to his roster of accolades.

Our Editor-in-Chief has been following Laiskonis’s career for many years, and she’s indulged in his desserts at Le Bernardin as well as at industry events like the StarChefs International Chefs Congress and the Fancy Foods Show. “I’ve traveled the globe as an industry journalist and had the good fortune to try desserts by hundreds of world-class pastry chefs, even to judge international pastry and dessert competitions in multiple countries, and to me, Michael Laiskonis is simply one of the world’s greatest,” said Varolli.

Michael Laiskonis is an intellectual, he’s always asking questions, delving deeper into the science of pastry. When he’s working, you can see the seriousness and concentration in his expression, but there’s always playfulness on his plates.  ~ Regina Varolli