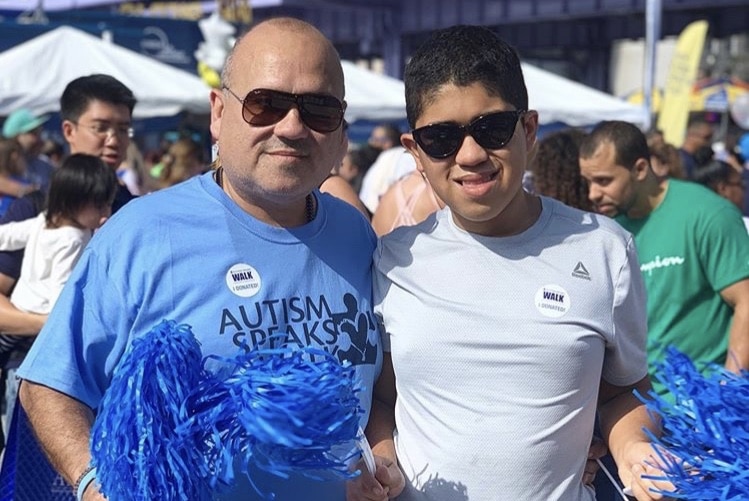 There aren’t many businesses, not even in the hospitality industry, that are vocal about autism. I’ve always dreamed of opening my own restaurant, one where people are surrounded by friends and family, immersed in a warm atmosphere and elated by each mouthful of soulful food. Now, with my restaurant Que Chevere, opening on November 22 at The Market Line in New York City, I’m fulfilling my dream by bringing Puerto Rican food to the vibrant Lower East Side (and beyond), and more importantly, I’m helping those with autism by creating awareness.

Nowadays it doesn’t matter where you are, there’s a high likelihood you’ll be around someone who has autism. Maybe because my son, Dominic, and grandson, Jacob, are both on the spectrum, I’m hyper-sensitive to the tendencies and characteristics autistic individuals display. But one thing that I noticed, regardless of where I was, is that many of these folks are accompanied by a chaperone.

Once I realized this trend, I had a sudden wave of sadness wash over me. I thought to myself, I don’t want Dominic or Jacob to have to worry about someone else taking care of them. Their brains might operate in a different way than yours or mine, but they’re smart and should feel capable to live their lives their own way. Some days are easier than others, but as a parent, all I want is to give my children and grandchildren the best life possible. That means I’ll often de-prioritize myself, but I’m okay with that. I am so proud of my son and grandson and want to give them the world.

My hope is that Que Chevere can act as a trailblazer in the hospitality industry by bringing a spotlight to this cause and help to further break down the stigma and negative associations with autism. Additionally, I plan to hire folks on the spectrum and will be donating a portion of all proceeds to Autism Speaks. Dominic has expressed interest in helping to serve the food, while Jacob, at a ripe 4 years old, is solely focused on eating it!

I saw a statistic recently that shows 1 in 59 children is diagnosed with autism. Now, let’s get one thing clear – people can fall in a variety of places on the spectrum. Some are more high-functioning than others, and some are more articulate than others, but the autistic community is also incredibly positive and filled with individuals who are trying to better themselves and the world around them. Because there are varying degrees of autism, it’s imperative to really listen to an autistic person’s wants and needs. By simply talking to them, you’ll be able to find commonalities which will ultimately help you find the solutions you’re looking for.

If I can stress just one thing, it’s that autistic people should not be labeled “slow” or “stupid.” Just because their brains work in different ways, doesn’t mean that they work in bad or negative ways.

Within the last ten years, the word “autism” has a less-harsh stigma associated with it. People are now more aware of what autism is and the varying degrees in which people have it. As a result, the autistic community has become more front-and-center which has helped debunk many myths about how autistic individuals think, process, and act. If I can stress just one thing, it’s that autistic people should not be labeled “slow” or “stupid.”

Just because their brains work in different ways, doesn’t mean that they work in bad or negative ways. In fact, sometimes their brain functioning is so unique that they’re able to excel and create in wondrous ways. Take Dominic and Jacob for example, they’re both wildly curious and friendly, and in the hospitality industry, these are two traits that are imperative for success.

There’s a visual effects and animation company, Exceptional Minds, which I really admire as it only hires people from the autistic community to work on their films. The simple premise of this business just shows the power that autistic individuals possess. Further, they’re helping to continue to normalize autism and increase the resources of this community.

Food is a tool that helps to bring folks together. If we can include helping those with autism in the same atmosphere, we can further break down the stigma of what it means to have autism. Yes, I’m passionate about the food I’m making at Que Chevere, but my heart belongs to helping my kids, helping the autistic community, and all families that have members on the spectrum. Even with my dreams of opening a restaurant, it’s the main reason I’m getting into this crazy hospitality business!