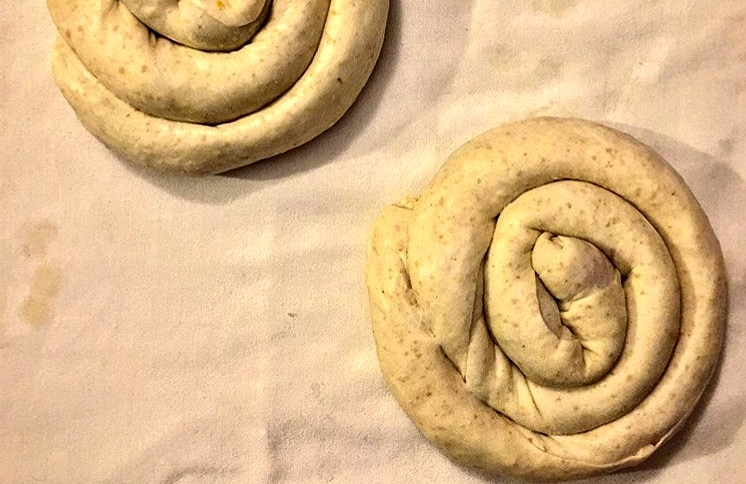 I was 10 years old waking up for suhur (early breakfast before sunrise during the month of Ramadan), with as much excitement as a kid who wakes up on Christmas morning. My father wasn’t thrilled about my desire to fast as he thought I was too young, but my mother set some rules for me which would allow me to drink water or even have a snack if I was really hungry.

In the back of my mind I understood the matriarch ruled when it came to keeping the household together, and food was one of the pillars of our home. I also knew that if I was going to fast I was going to do it right, but I agreed to mother’s rules even though I didn’t break fast. I believe the excitement and joy of the experience surpassed the feeling of hunger. Focusing on the facts of life, where some folks didn’t have nearly as much as we had, helped me build gratitude.

The reason to practice fasting during Ramadan is no longer religious for me. When the path of life presented me with that fork in the road, I built a highway right above it, and sought out a new horizon upon which to leave the trace of my footsteps.

My travels eventually led me away from prayer. I’ve evolved in my beliefs and abstained from spiritual practices for 9 years. This year, the desire to fast came from my gut. A reason, some might say, the primary chakra Manipura had something to do with it.

Deep longing brought on by nostalgia of my childhood is the result of it all. I miss the good ole’ days where the dinning room table was not visible under the multiple main courses and side dishes.  Access to Balkanese cuisine is scarce in the United States. And, it’s mediocre at most of the few food establishments that do offer it.

Working alongside my cooks during Ramadan, I get to relive moments I shared with my mother as I followed her around the kitchen. Because I’m fasting, my well-seasoned cook serves as chef’s guidon, as tasting dishes now becomes a bigger responsibility, as well as a path towards higher learning.

Abstaining from food while living in the kitchen is not as difficult as it seems. Gratitude is immediate knowing that there are many in this world who haven’t eaten in days. It humbles you. It lets you refocus on what are the important things in life. And for me, it reminds me of the days I lived in a refugee camp…the field of tomatoes I used to steal from as a kid.

Fasting is really a different kind of hunger. It makes you hungry to make better life choices, hungry to become a kinder, gentler person, as you realize that there is a whole lot of gangster in being soft. Fasting gives hunger in the form of motivation, inspiration and empowerment. It’s a Muslim’s meditation.

Though the first week of fasting might be hard, as you count the days up, when you get towards the end, there is a bit of melancholy. It’s coming to an end and the journey won’t take place until next year, as Muslims around the world anxiously gaze at the Moon. Fasting is so rewarding that many Muslims fast an additional ten days. Some will say there is power in a number, others will quote Hadith. And I, I will sit with my mother and build more memories, as now I will be the one serving the food she once fed us.