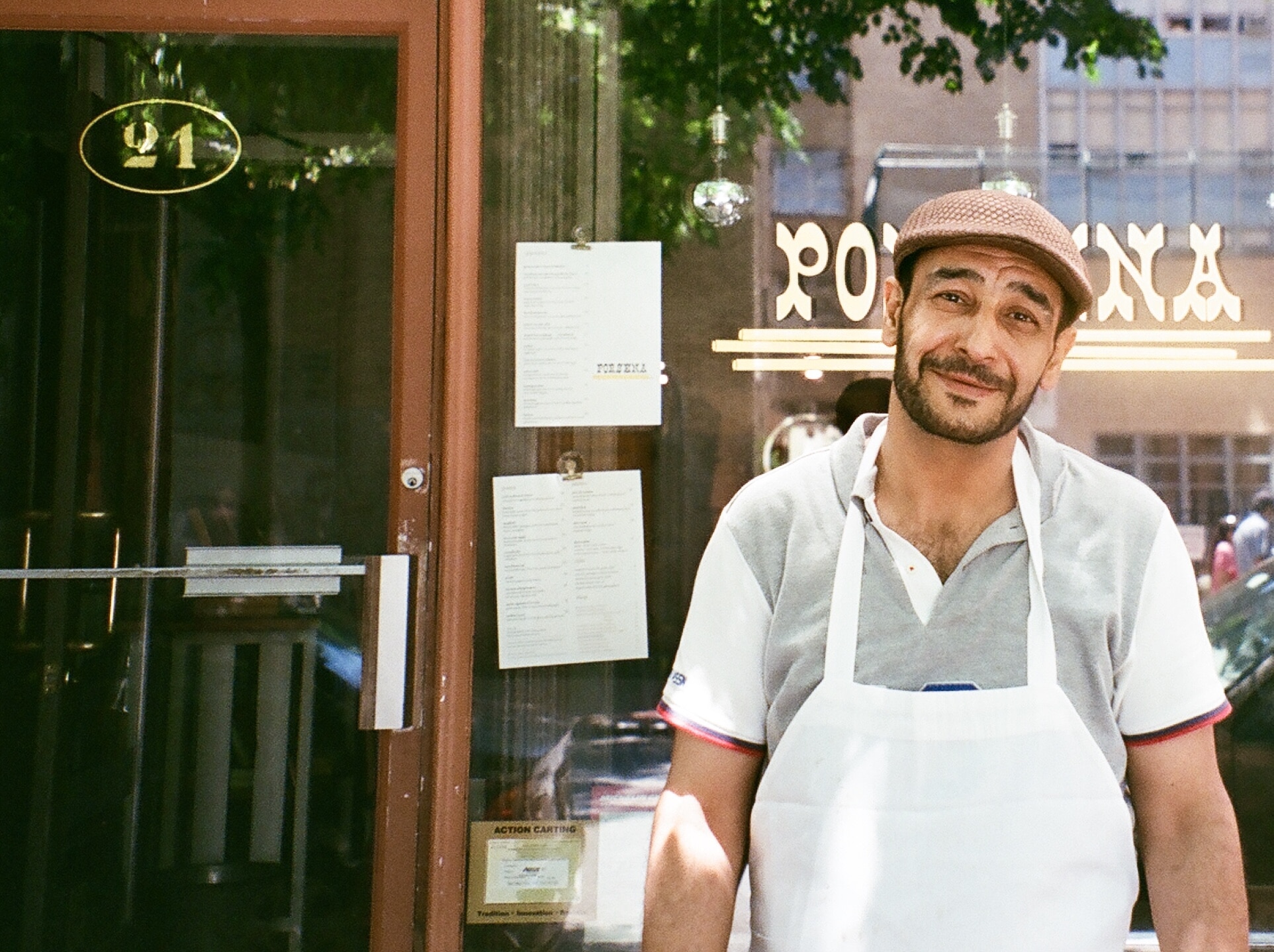 “My name is Bilal and I am a Refugee. I left my family, my village, my country, one night and forever. I had no time to pack, so I left with a small bag and jumped onto a plane.

That was 12 years ago, I was 20 years old. I spent 10 years in refugee camps before I was granted a UN Refugee Visa, and a plane ticket for New York. My English at that time was poor, I was afraid of this enormous city. I was homesick. I was lonely. I was scared.

Extraordinary people welcomed me. They found me a home, they helped me fill out my paperwork, they found me a job, they introduced me to people such as the team at Eat Offbeat, a caterer who hires refugee chefs to showcase food from around the world. I was able to start a new life in my new country.

Still, sometimes, I feel homesick. So I open the bag I brought with me 12 years ago. Spices, scents, flavors, memories jump out at me. The only thing that I was really able to take with me is the cuisine of my mother, of my place. So I cook and instantly I travel back there.”

For a few days around June 20th, which is World Refugee Day, refugee chefs are invited to cook a pop-up dinner with the Executive Chefs in some of the best restaurants across the globe, in cities like Paris, London, San Francisco, Copenhagen, Madrid, and of course New York City.

This cooking collaboration introduces people to the cuisines of the refugee chef’s native land, and starts a conversation about the refugee crisis around the world. It also helps people understand all the good things that refugees bring to their new countries, and it makes the chefs feel they’re a real part of their new communities.

Started in Paris in 2016, the Refugee Food Festival has rapidly spread to 15 cities in 9 countries. 2019 is New York and San Francisco’s second edition, and the restaurant and chef communities in both cities have responded with enthusiasm and generosity.  The Festival is still open to new restaurants partnering with us to invite a refugee chef into their kitchen and collaborate on a dinner in time for the week of June 20th.

Spices, scents, flavors, memories jump out at me. The only thing that I was really able to take with me is the cuisine of my mother, of my place. So I cook and instantly I travel back there.  ~ Bilal

The Refugee Food Festival is gaining traction every year. All of us who are involved hope that more and more chefs and restaurants will participate!  We also hope that restaurant-goers in these fifteen cities will join us, and for one night travel to a far-away land through the amazing transportive power of food.

Maybe then we will be able to understand the words of the great Palestinian poet Mahmoud Darwish:

Dearly I yearn for my mother’s bread,

Childhood is raised in me,

Day upon day in me.

And I so cherish life.

Because if I died,

My mother’s tears would shame me.

As an immigrant in New York City and a volunteer for the Refugee Food Festival, I ask myself, where better than NYC for a festival of foods from countries whose citizens we have recently welcomed? This city was built by refugees and immigrants, driven by their desire to bring their culture to a new home. All of the cities celebrating the Refugee Food Festival have benefitted from the cultural and culinary diversity that refugees and immigrants bring. So let’s show the world that we have open hearts by opening our kitchens to refugee chefs.

Restaurants in these fifteen cities can host collaborative dinners the week of June 20th, and anyone can volunteer for the Refugee Food Festival. Keep updated on their FB Page!

Check out CulEpi’s article on the amazing dinner with Chef Nasrin (pictured above) in 2018! We hope you’ll get inspired to participate in the Festival this year!