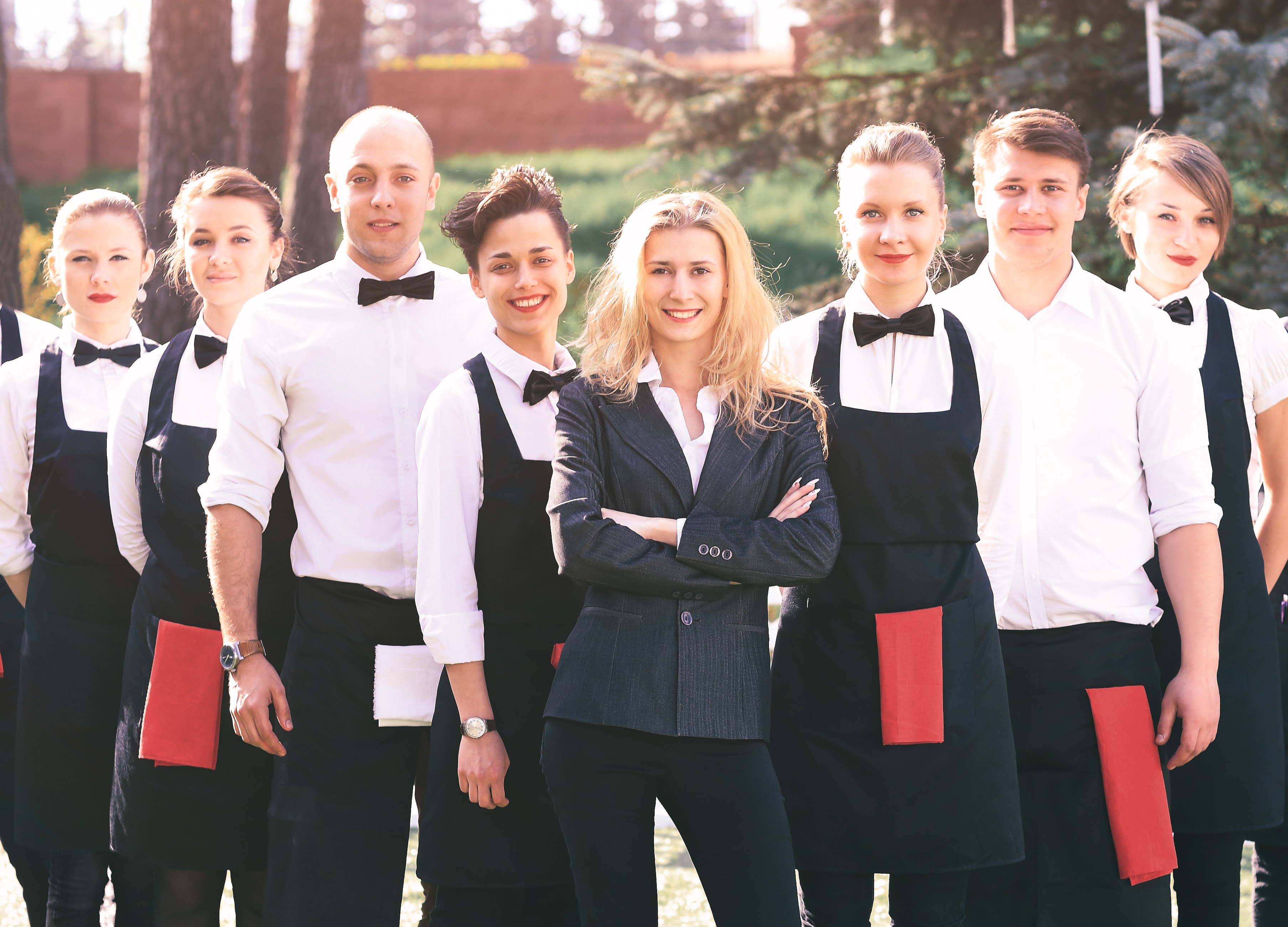 The idea that people who choose to work in restaurants and people who are highly educated, motivated and successful can’t be one the same, is a problem that hurts not only myself and my coworkers, but also my customers. I work as a server in a restaurant, and it has opened my eyes to how the negative stigma that comes along with the position impacts everything from how I view myself, to how I view others, to how I learn and grow in my role.

As it happens, I hold a Bachelor’s degree from NYU, and as of a few months ago, a Master’s from Teachers College, Columbia University. Unfortunately, from many people’s perspectives, these two things don’t, or shouldn’t, line up. Despite this misconception, I still consider myself lucky in terms of my academic and work life. I have a stable job that I’ve held for two years, at a company where I’m fulfilled, challenged and have been able to grow and learn professionally.

At age 24, I make as much money as most people my age, I live financially independently, comfortably and without worry. My work is flexible enough (and pays enough) for me to take long vacations several times each year. I consider my co-workers to be my best friends, and I never dread going into work. My employers feed me, work with my schedule, and I enjoy being at my workplace, even when I’m off the clock.

Though I genuinely enjoy my job, I also often begin my work days when most of society is finishing theirs, and at age 24 my feet, legs back are in a state of pain. I have witnessed alcoholism, drug abuse and sexual harassment in the workplace in their most extreme forms. Strangers speak to me as if I’m somehow beneath them on a daily basis, and upon hearing my educational background, often make unwarranted comments about my choice of job.

Isn’t our role of helping to create memorable experiences for our customers (often with aching feet and backs) something that deserves respect and not questioning?

The stigma that surrounds restaurant work is everywhere, TV shows, movies, books even broadway plays. Almost all of us are familiar with the stereotypical tropes of the rough-around-the-edges diner waitress, the grungy alcoholic bartender, and the angry chef that screams and throws plates.

There’s also the overwhelmingly prevalent idea that people who wait tables or tend bar are only doing so as a side gig or until they ‘make it’ as something else. On a regular basis customers ask me, “So, what else do you do?” This question, though probably well-intentioned, is one that I often find offensive, as it points to the idea that being a server in and of itself is simply not enough.

For the past two years, I’ve answered this question by saying I’m in grad school, a response which was generally met with a smile, follow-up questions, and more often than not, a good tip. Though I haven’t actually tested this theory, I think by telling people I was a student, it put the customer on my side, which made a difference when it came time to settle the check. Knowing I was a student changed the way I believe customers saw me, and in their I suddenly went from someone who was just an unskilled laborer, to someone who was hardworking and industrious.

However, since I graduated in May, the more honest answer to that question is now more along the lines of, “This. This is what I do.”

Still, while I’m proud to be in an industry with hard-working, talented, creative and kind people, I sometimes catch myself falling back on answers such as “I just graduated, and I’m taking a break from anything academic” or “I’m figuring out what I’m doing with my life after school.”

Though there is some truth in these answers, most people starting out after college – in any industry – are in some way trying to figure out what to do with their life, yet they aren’t all put on the spot about it like people in restaurants.

Many people have a hard time wrapping their minds around the idea that you can be well-educated and ambitious, and still make work your career as a choice.  At the restaurant where I work, almost the whole front of have Bachelor’s degrees, several have a Master’s. We all have our reasons for choosing our job, but not having other options certainly isn’t on anyone’s list. And yet, when it comes to for our work, this shouldn’t even matter. Whatever our backgrounds, what matters is how well we do our jobs.

If we want the negative stigma that surrounds the “service” industry to change, customer to be a part of the solution. They need to respect that servers and bartenders have spent time and energy learning and perfecting their work. And they need to let us perform our often challenging roles without also having to field the ubiquitous question, “So, what else do you do?”

Though questions like this can be fine when they’re asked in a genuine, non-condescending way, they’re not fine when coming from a place of judgment. Whether it’s in a restaurant or at a family Thanksgiving dinner, when people hear someone is choosing hospitality as a career, it should be met with the same attitude as any other profession.

Eliminating the stigma surrounding FOH careers not only benefits employees in terms of happiness and their sense of professional meaningfulness, but it also benefits customers in terms of receiving better service. front of the house staff were more inclined to stay and grow in their roles, reduced employee turnover could allow servers to become more highly skilled and competent, which in turn would provide customers with a better dining experience.

Restaurants employ an estimated eleven million people, and while the industry has its challenges, eleven million people having to defend our job choices shouldn’t be one of them. We are the industry everyone relies on for their date nights, birthday celebrations, business lunches, anniversaries… and isn’t our role of helping to create memorable experiences for our customers (often with aching feet and backs) something that deserves respect and not questioning?

Sure, as a server I may not have the ability to save your life or get you out of jail like a doctor or a lawyer, but I certainly have the ability to help make occasion special and ensure you walk out of a restaurant with a smile on your face. At the end of the day these talents and skills are important too and should be celebrated, congratulated and looked upon with pride.