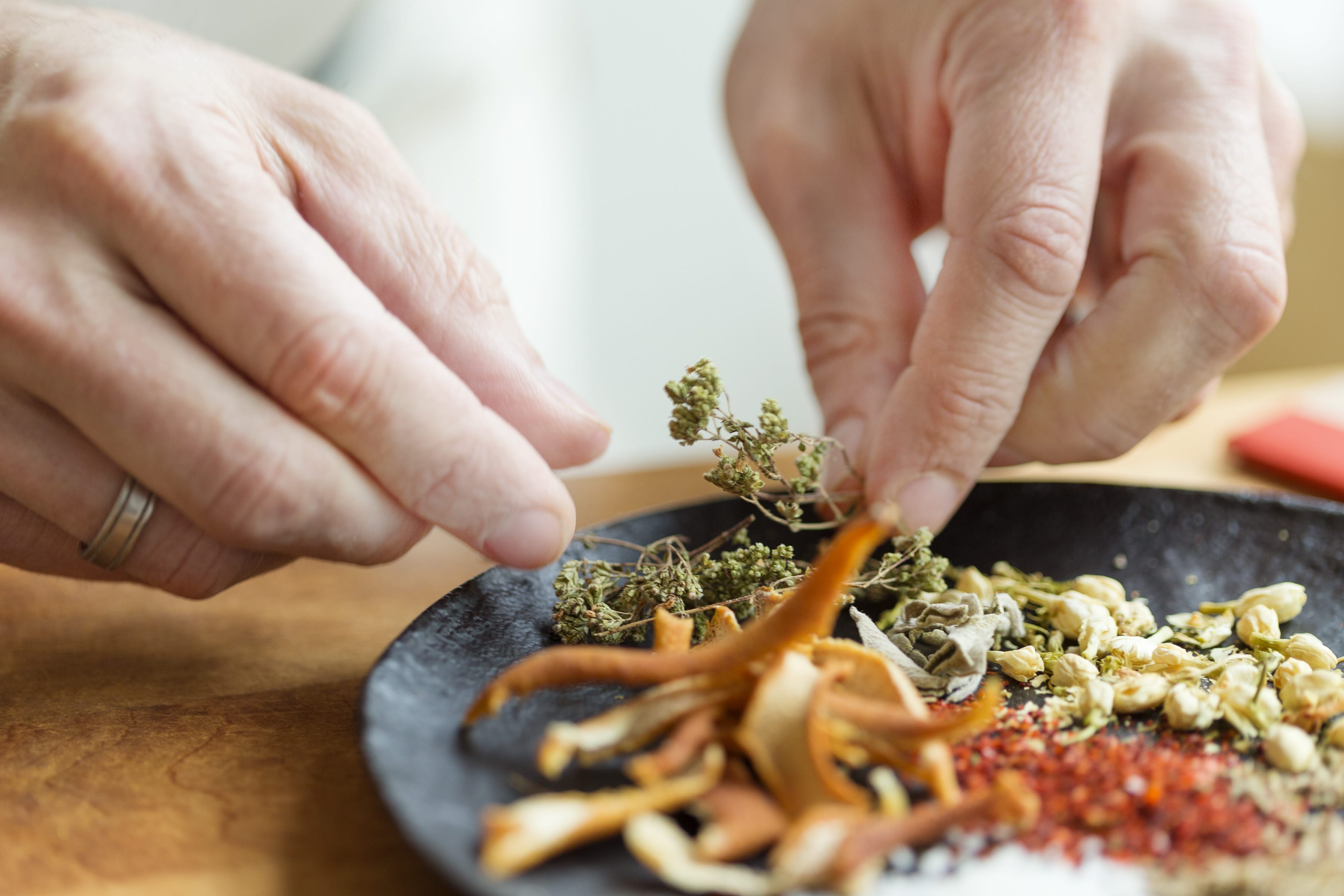 “My love affair with spice is a pretty long one,” began Lior Lev Sercarz. You could almost hear the twinkle in his eyes. Author of The Art of Blending and The Spice Companion, as well as owner and master spice blender at La Boîte in New York City, Lev Sercarz’s niche has become a sought-after source for chefs and home cooks aiming to create the best possible flavors in any cuisine.

The world of spice, like Sercarz’s upbringing, encompasses the globe. Born in Israel, Lior was exposed to a diversity of flavors from the country’s mix of North African, Eastern European, and Persian cultures – not to mention his own mixed heritage of German, Belgian, Transylvanian, and Tunisian. His family traveled extensively throughout Europe until, at 19, Lev Sercarz became a cooking sergeant in the Israeli military.

After that, Lior set out on his own, traveling for a year around South America and becoming quickly infatuated by the regional variations of food and flavor. “It started to make sense that maybe cooking would be good for me,” he recalled. “When I returned from traveling, I really just needed to get a job.”

After working as a cook back in Israel for three years, Lev Sercarz decided to further his training and, again, went continent-hopping – this time to L’Institut Paul Bocuse in Lyon, France. Although he no longer works directly in kitchens, Lior considers his training there paramount to his career. “Cooking school was very important to me,” he explained. “I was forced to forget whatever I knew, or thought I knew, and start from putting on a chef’s jacket or tying an apron.

“Learning classic French technique was very important to me later on. It’s up to you what you do with it. It’s not just about the cooking and the pastry, it’s also about tradition and the bigger aspects – accounting and managing a food business, which is crucial. A lot of young culinary students who really embrace the cooking or pastry arts might neglect the management side of things.”

From school, Lior went to work with Michelin three-star chef Olivier Roellinger, which proved to be the most influential period of his young career. “We very fast developed a relationship,” said Lev Sercarz of his mentor. “He was my boss in France and there, they’re very strict – ‘Yes, chef,’ ‘No, chef’ – but he had a lot of respect for what I did and where I came from.”

Famous for his exceptional use of spices, it’s no surprise that Lev Sercarz began to truly delve into his eventual trade under Roellinger’s guidance. “In teaching me, he forced me to do my own studies and research and work through trial and error. With his support, moral and physical, I started researching and becoming interested in spices,” he reflected.

“It became more and more clear to me that this was what I should do. I really appreciate that chef Roellinger set me out in that way, doing my own research.”  ~ Lior Lev Sercarz

Eventually, Lior moved to New York in 2002 to continue his cooking career with Daniel Boulud at his flagship restaurant Daniel. “I came here with the idea of cooking,” Lev Sercarz explained. “But it became clear to me early in my time in New York that there are other potentials besides opening a restaurant. I thought that my place might be in creating a product that helps restaurants and chefs cook better– thus the spices.”

In 2007, Lior left Daniel, but without a clear idea of his next step. “I took a job cooking for executives in a large bank’s private dining room.  I needed that time off from the restaurant world to kind of figure out what I wanted to do with my life.”

Before long, though, the idea for La Boîte, his biscuits and spices shop in NYC, began to take hold. “The first two years was a lot of research, development, and trial and error out of my small basement apartment,” he said. “In time, I gained clients and the potential became bigger; it was another two years to find the money and the actual storefront.”

Offering custom spice blends, seasonal French-style biscuit collections, special collaborative products and spice-blending classes, La Boîte keeps Lior busy. “I’m here a lot of hours, a lot of days. I source all of the spices, I introduce the blends, I make the biscuits. My day involves activities from production and packaging to managing, accounting, and working with clients. That’s one of the reasons I love what I’m doing; every day is something completely different!”

Lev Sercarz continues to explore the world of spice with new projects, like an upcoming cookbook featuring over 200 recipes with photos by Thomas Schauer, to be released in 2019. Other ventures like a spice blend to be used as a spa scrub and the recently-released Ruinart 1764, a spice blend designed to complement Ruinart Rosé, the world’s first rosé champagne, shows just how innovative this spice master can be. The increasing taste for fine spices is, like other trends in the industry, all about moving taste forward. “Spice is a natural ingredient, and it’s a healthy ingredient, but more so it’s just about adding flavor,” Lior said.

To fully enjoy or understand spices, you first need to taste them and become familiar with them, don’t just take them for granted. Even with simple things, such as salt and pepper, you need to really understand what they do and what they taste like. You may find you like a different salt or a different pepper more than others. ~ Lior Lev Sercarz

“Once you start assessing that, you can expand to more spices,” Lior continued. “It’s interesting to read about where they come from and how they’re traditionally used in those places. That will give you a lot of ideas, and you’ll start to learn that spices have so much tradition and so many complex layers. I call it cooking in 3-D, versus 2-D. It really takes food to a whole other level.”