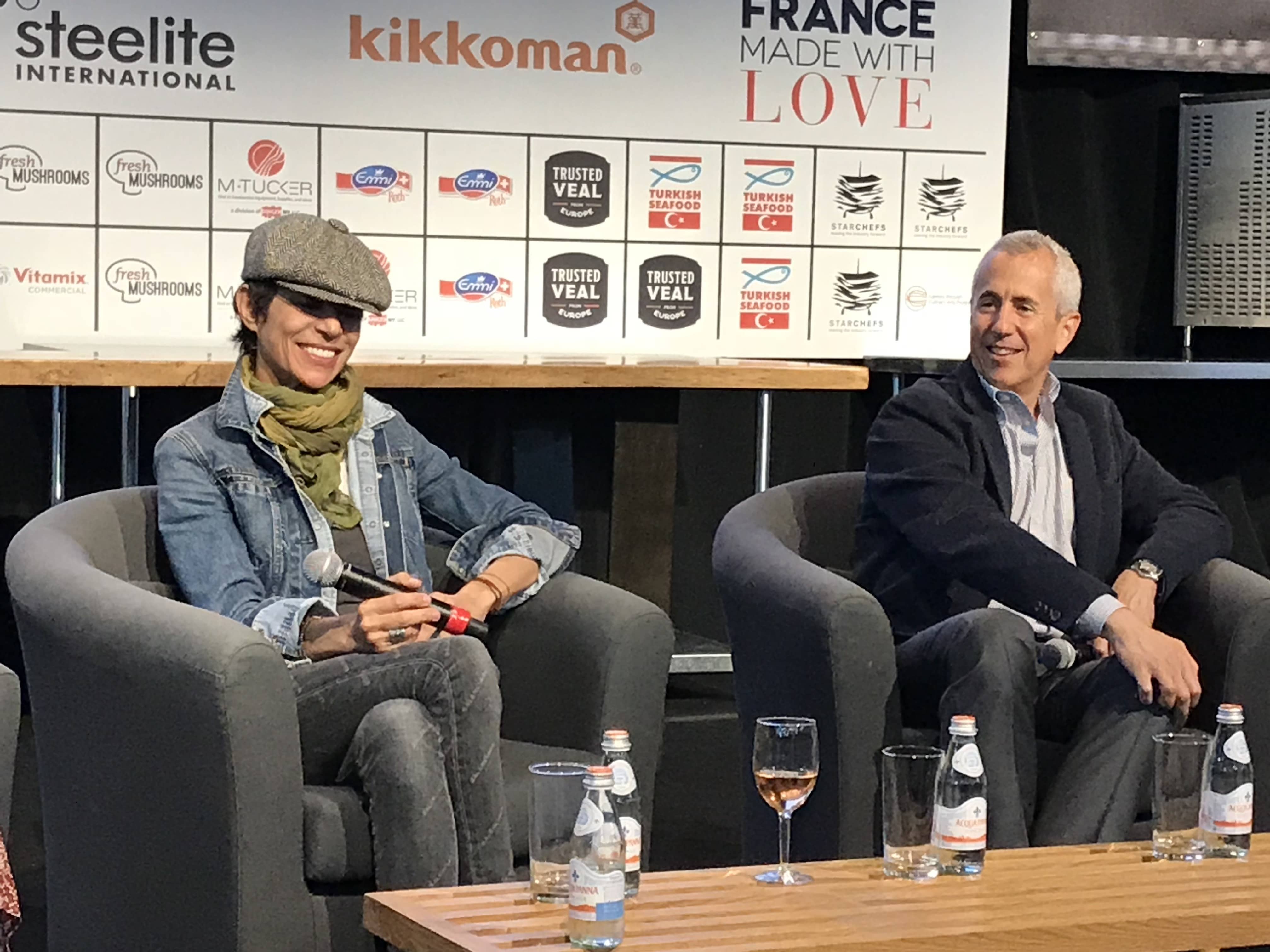 Walking the floor at the StarChefs International Chefs Congress, you’re likely to bump into some of the most talented and influential figures in hospitality. Now in its 14th year, StarChefs ICC continues to dominate the culinary industry events landscape, and those in the know will be turning out on October 27-29 to catch up with industry giants like Pierre Hermé, Marcus Samuelsson and Daniela Soto-Innes.

The ticketed event will take place October 27-29 at the Brooklyn Expo Center, complete with main stage presentations, workshops, business panels, competitions and of course plenty of food and drinks from across the country. This year’s theme is all about progressive cooking and creating “New Foundations: Flavor – Technique –– Business.” Check out the full line-up here.

Although we’re eager to catch all of the festivities, here’s a breakdown of CulEpi’s Can’t Miss List:

First up, on the main stage ––

Jaime Bissonnette and Ken Oringer of Toro with be talking tripe with their presentation titled, ‘Tripe at Toro: A Consommé Collaboration.’

Diego Guerrero of DSTAgE in Madrid will be ‘Breaking the Rules of Fine Dining in Madrid.’

‘King of the Modern Pâtisserie’ himself, Pierre Hermé will also be hitting the stage!

Francis Mallmann will be lighting things up as well with his presentation perfectly titled, ‘Mallmann on Fire.’

And that’s just to name a few!

As far as workshops are concerned, we’re looking forward to––

‘The Sweet Tamale’ with Isabel Coss of Cosme, New York

‘Get in Formation: Pairing to Slay a Rotating Menu’ with Nickolas Martinez and Andrea Morris of Intersect by Lexus, New York

Daniela Soto-Innes of Cosme and Atla will join Sean Feeney of Misi and Lilia and StarChefs’ own Will Blunt on stage to discuss, ‘Dream Team: The Culture of Success.’

Important talks around ‘Self-Care, Mental Health & Moving Forward’ will also be taking place with Nicholas Elmi of Laurel in Philadelphia, Zia Sheikh of Restaurant After Hours in New York,  and Claire Sprouse of Hunky Dory, Brooklyn leading the conversation.

This year, Kikkoman will be hosting a Fried Rice Battle instead, and although CulEpi won’t be competing this time, we’ll be there to root on team captains Alvin Cailan of The Usual, New York; Julie Cole of Nom Wah Nolita; Ford Fry of Ford Fry Restaurants, Atlanta; and Sheldon Simeon of Lineage, Maui. The judges for this competition will be Chef Marcus Samuelsson of Red Rooster, Chef Edward Lee of 610 Magnolia, Nicole Ponseca of Jeepney and Christine Yi of CY Eats.

The only thing we might love more than a competition is one that involves chocolate! Valrhona C3 will be holding its North American Finals at the event with a rockstar panel of judges including Pierre Hermé, Kelly Fields of Willa Jean, New Orleans and Ghaya Oliveira of Daniel, New York.

Vitamix’s 10th Annual Vitamix Challenge will also be taking place where chef competitors will chase a $5000 grand prize by using a Vitamix blender to transform ingredients into a dish that highlights the Chefs Congress theme of ‘New Foundations.’

And because it’s not just all about food, we also can’t wait for the 10th Annual Somm Slam with expert competitors from all around the US and even Vancouver.

Last, but most certainly not least, the CulEpi team will be EATING––

This year’s food focuses will be ‘What’s Your Mother’s Sauce,’ ‘What’s Your Trinity,’ ‘What’s Your Personal Flavor,’ and ‘Art of Presentation,’ from Steelite International. You’ll also most definitely find us snacking at Kikkoman USA’s Chef Counter too.

With so much to see, learn, taste and experience, StarChefs ICC continues to rock the hospitality industry with inspiration and passion, and a whole lot of great food and drink. We here at CulEpi look forward to this event every year, and with another awesome line-up, 2019 is no different. Tickets are still available, so it’s not too late to be a part of the action!