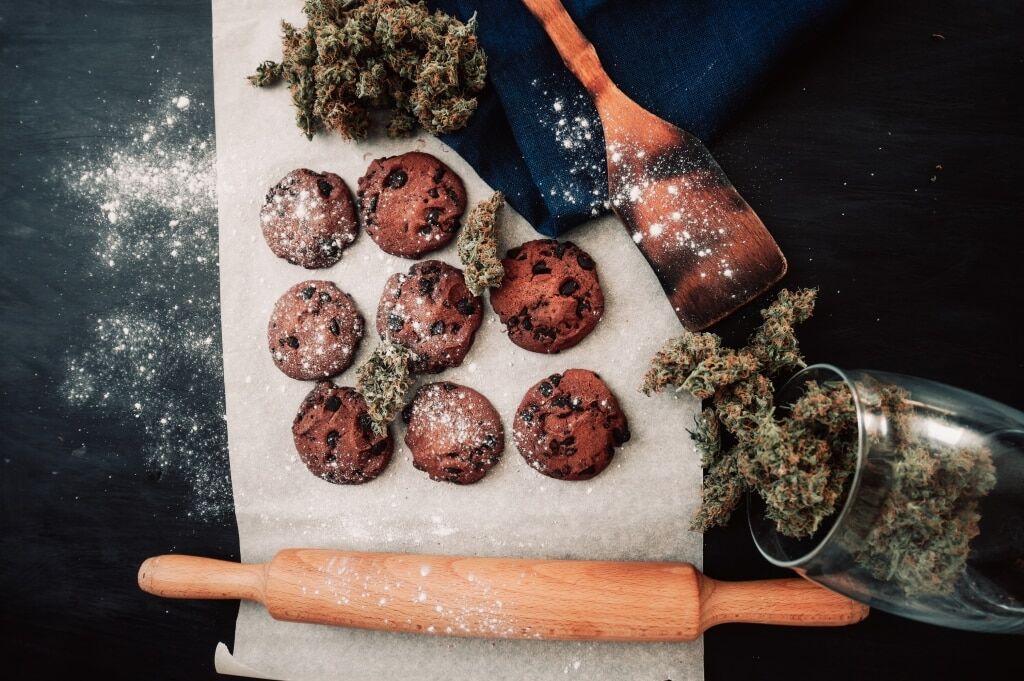 This week the FDA announced it will hold a public hearing on CBD on May 31st, simultaneously sending out warning letters to CBD businesses about health claims. Many CBD companies in the food and beverage space are currently struggling to keep up with unpredictable government regulations – local, state and federal – so the FDA hearing couldn’t come soon enough.

[S]takeholders are looking to the FDA for clarity on how our authorities apply to such products, what pathways are available to market such products lawfully under these authorities, and how the FDA is carrying out its responsibility to protect public health and safety with respect to such products. ~ Statement from FDA Commissioner Scott Gottlieb, M.D.

Although CBD is legal as a prescription drug, the FDA restricts its use as a food additive or dietary supplement. Prior to the FDA announcement, the NYC Department of Health and Mental Hygiene  had already started banning all CBD-infused edibles. Some local cafés and bakeries have already felt the blow of this ban by having their cookies confiscated and croissants kidnapped, including C.J. Holm of Fat Cat Kitchen in the East Village.

Those we’ve talked to about their experiences repeatedly compare each day in the cannabinoid market to a  boxing match. Marc Siden, CEO of Cloud Water Brands, said in an interview with CulEpi founder Regina Varolli, “everyday is unpredictable and it punches you in the face. It either wakes you up or knocks you down.” And Ian Ford, owner of Brooklyn’s Caffeine Underground, advises to, “just roll with the punches” when working in the CBD industry.

Although CBD edible restrictions are still a grey area, recent reports say that the New York City Department of Health will soon be issuing violations to eateries selling CBD-infused food or drink, and according to an email sent by the DOH, July 1st will be the commencement of embargoing cannabinoid edibles for good. After that, store owners will be required to return their shipments back to suppliers or just toss them.

Subsequently, when October 1st comes around, cafés that aren’t following these regulations could be hounded by inspectors with violations, including fines and/or deducting points from the restaurant’s health letter grade. This came as a complete shock to business owners in the CBD industry, and upon asking health inspectors the reasoning behind this, business owners were met with vague responses. “It’s still unclear in their language,” explained a frustrated Ford. “It’s unclear whether or not we’ll be able to sell food that already has CBD in it. We just don’t know.”

This lack of consistency and clarity in regulations is also one of Siden’s biggest concerns. “What my team is craving for is real information,” he emphasized. “We’re trying to understand what is really the concern and issue here.”

Siden also explained that he has an understanding and belief that there needs to be some regulation in this space, and that the frustration is coming from the amount of time it’s taking these regulatory bodies to make up their minds. “We’re just caught in a little process,” Siden said. “The government doesn’t do things in a day. If they feel things are getting out of control, they’ll put a yellow flag up and tell everyone to slow down and stop so they can get comfortable before going again.”

FDA Commissioner Scott Gottlieb, M.D. addressed this issue with almost the same sentiment. “[S]takeholders are looking to the FDA for clarity on how our authorities apply to such products, what pathways are available to market such products lawfully under these authorities, and how the FDA is carrying out its responsibility to protect public health and safety with respect to such products,” he wrote in this week’s statement.

Despite the waiting game and all of its back-and-forth, Siden has a positive outlook for the long-term. “CBD will be a ubiquitous part of our society according to many analysts,” he explained. “We want to be on the forefront to take advantage of that. No company has gone up in a straight line. We’re going to have a lot of those, ‘Oh craps!'”

As tough as this process might be right now, business owners like Siden and Ford are willing to stick around not just for profit’s sake, but also for the purposes of standing behind their products and the health benefits they believe they offer their customers. “I’ve had friends pass away from cancer and CBD alone gave them a quality of life they wouldn’t have had otherwise,” Ian said. “We went to soccer games and movies instead of them being stuck in bed.”

There are many out there like Ford who have relatable stories about the positive impact CBD has on health, and because of this, many believe that CBD in all forms should be easily accessible. Ford adds, “it’s getting known for what it is and what it does. The hype is not overrated.”

It doesn’t take a rocket scientist to know that the market wants this. ~Marc Siden, Cloud Water Brands

Despite first-hand anecdotal evidence like Ford’s, a recent FDA statement urged the industry to stop releasing health claims that have yet to be proven. “I am deeply concerned about any circumstance where product developers make unproven claims to treat serious or life-threatening diseases, and where patients may be misled to forgo otherwise effective, available therapy and opt instead for a product that has no proven value or may cause them serious harm,” said FDA Commissioner Scott Gottlieb, M.D.

While there are many forms of CBD still available on the market, Siden sees the demand for CBD-additive beverages like his Cloud Water, and he’s willing to be patient. “It doesn’t take a rocket scientist to know that the market wants this,” he insisted. “And the preferable way to ingest CBD, we’ve studied, is through beverages, mainly because you can dose yourself. Although it has no psychoactive components, it can have some impact on you whether it be calming, focus, or anti-anxiety.”

Whether you’re on board with this budding CBD movement or not, one thing we should all be able to agree upon, including the FDA, is that business owners deserve clear guidelines on the rules they’re expected to follow, along with some type of consistency in regulation across cities and states. In true bureaucratic fashion, however, it might take some time for all of this to get sorted out, and businesses will just have to roll with the punches.

Shayna Miller, CulEpi Assistant Editor, contributed to the reporting on this article.