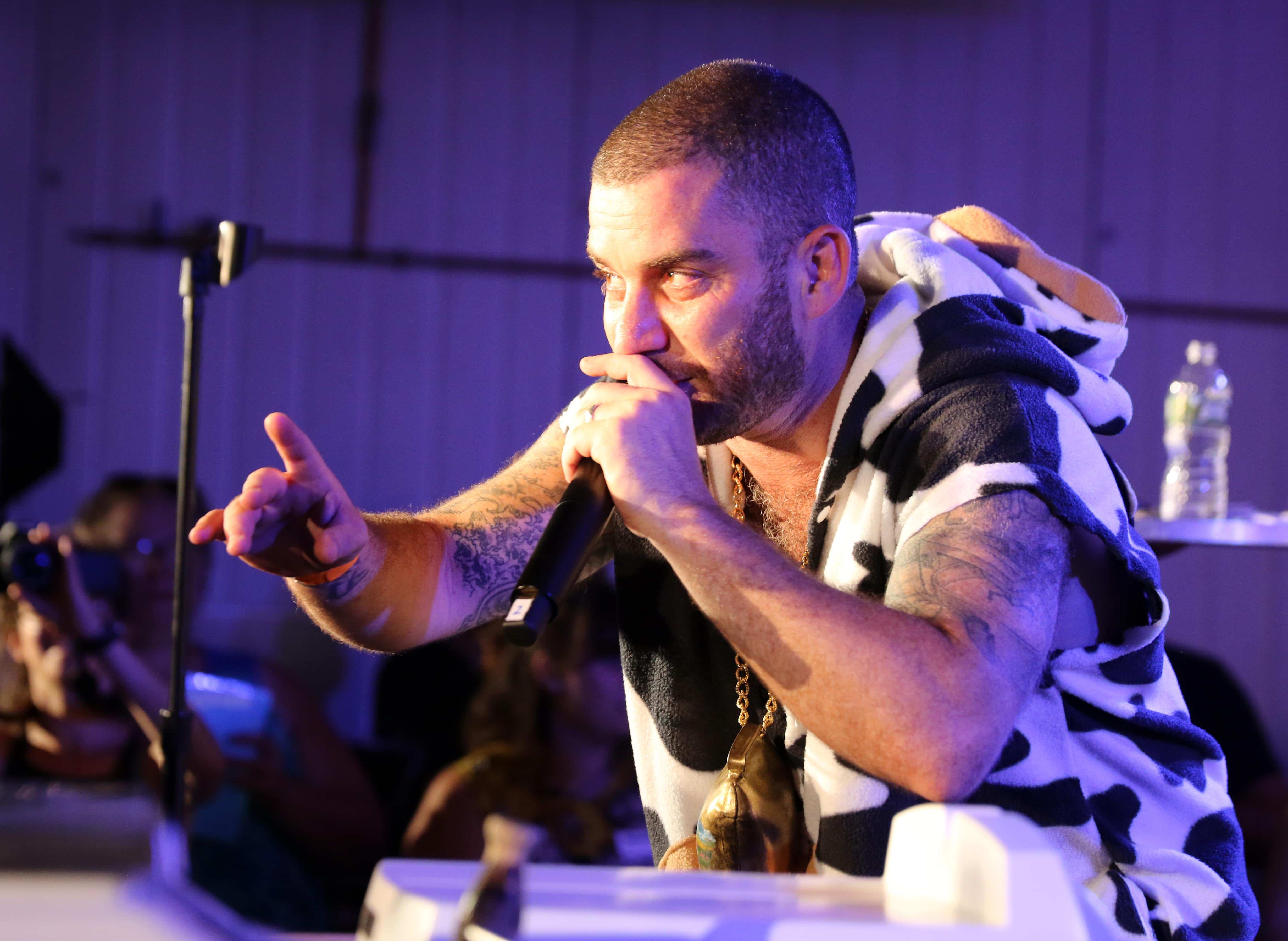 Though I’ve been a life-long cheese-lover, and my Italian hometown of Reggio Emilia makes one of the world’s greatest cheeses, Parmigiano-Reggiano, I confess I never thought of the incredibly important role of the cheesemonger until I interviewed Adam Moskowitz, founder of The Cheesemonger Invitational. The Cheesemonger Invitational, or CMI, is a serious, and seriously fun, competition for cheesemongers – not cheese-makers – and it’s open to the public, drawing a raucous and enthusiastic crowd.

When I asked Adam Moskowitz, a third generation cheese importer at family-owned Larkin, who’s also a DJ, why he dreamed up this event, he was ripe with enthusiasm, “The Cheesemonger Invitational was really born out of a desire for me to throw a party at my warehouse during the Summer Fancy Foods Show. A lot of the cheese people, the cheesiest of the cheese, they’re all here in New York, so I thought, I’ve got a warehouse, I’m a DJ, I like to throw parties, I’m going to throw a party at my warehouse!”

“My father was like, ‘Absolutely fucking not!’ But I said, it’s going to be a party and a cheesemonger competition, and I’m going to invite a bunch of the industry to come and watch! Then he was like, ‘Oh, well that’s really cool!’  ~  Adam Moskowitz

And really cool it seems to be. Though I’ve never attended, I will this year when it moves from the Moskowitz warehouse in Long Island City to the Brooklyn EXPO. The image gallery on the CMI website alone got me super excited to go, but chatting with Adam, as well as competitor Beth Falk, Owner / Cheesemonger at Mill City Cheesemongers in Lowell, MA, really fired me up about the competition and gave me some serious new appreciation of the responsibility of cheesemongers.

When Adam described that first CMI to me, I really felt how he’d created something new, something that was both meaningful and magical. “Everyone in the room that night was walking around and thinking Holy shit this is awesome!  People came up to me and thanked me for shining the spotlight on cheesemongers. They thanked me for caring, for giving them a day. And it wasn’t just the people competing, it was everyone there. It wasn’t just young people, it was also the older generation of the cheese business, my father’s generation, they felt like the cool kids at this ‘party’ too!”

Beth Falk, a return competitor who placed in the top five in 2017, echoed the sentiment of those first cheese party-goers and competitors. “It’s really nice to be acknowledged for what we do. We really have to know the product and the story of the cheese-makers. This is their life’s work, they send it out into the world, and they don’t have control over it anymore. They entrust us with their creations and we’re the ones who explain their story and their cheeses to the public.”

“If I were a cheese-maker I’d be incredibly nervous about that and I’d be hoping that the people who were teaching the public about my product were doing it right, were taking care of it properly. It’s really wonderful that Adam and everyone who comes to The Cheesemonger Invitational cares about and wants to celebrate the job we do.  ~ Beth Falk

Speaking with Beth and Adam made me want to celebrate what cheesemongers do as well, big time. I saw their responsibility in a new light, and its importance dawned on me. It’s the cheesemonger who has to keep each cheese they sell in perfect condition, wrapped, stored at the right temperature, presented properly in a beautiful display.

An excellent cheesemonger knows the story of every producer. They understand the flavor complexity of every cheese. They make excellent recommendations for pairings, they educate customers and get them excited about this wonderful food that, as Adam put it, “is the only food that we can have at breakfast, lunch, dinner, and as a stand-alone snack.”  To which I’ll add it’s also enjoyed with an apéritif and digestif, making it one damn diverse food indeed, and a CMI-winning cheesemonger is as knowledgeable about it as any master sommelier is about wine, wine-makers, and wine regions.

Because of this, “Some of the competition is really intense,” said Beth. “We do a blind tasting, a blind aroma test, and a pretty extensive written test about cheese science and history, so you really have to know your stuff to get through that.”

In addition to the big party that’s open to the public, the cheesemongers convene for two days prior, and as Beth explained, “We get to meet the rock stars of the cheese industry from Europe and U.S.  Imagine if you’re a musician and you get to spend time talking to and learning from people like Beyoncé and Paul McCartney, that’s really what it’s like for those two days before the competition!”

When it all wraps, when Adam dons his cow costume and the party portion of the competition commences, that’s when, as Beth put it, “The public gets to enjoy what comes out of the foodservice round, where competitors create a beverage pairing and ‘The Perfect Bite.’ Experiencing forty people all creating these pairings and little tastes is really astonishing. There’s so much creativity in that room, it’s really inspiring!”

Tickets for The Cheesemonger Invitational 2018 are still available, so get in on the fun, including all you can eat and drink from CMI’s long list of loyal Hosts.