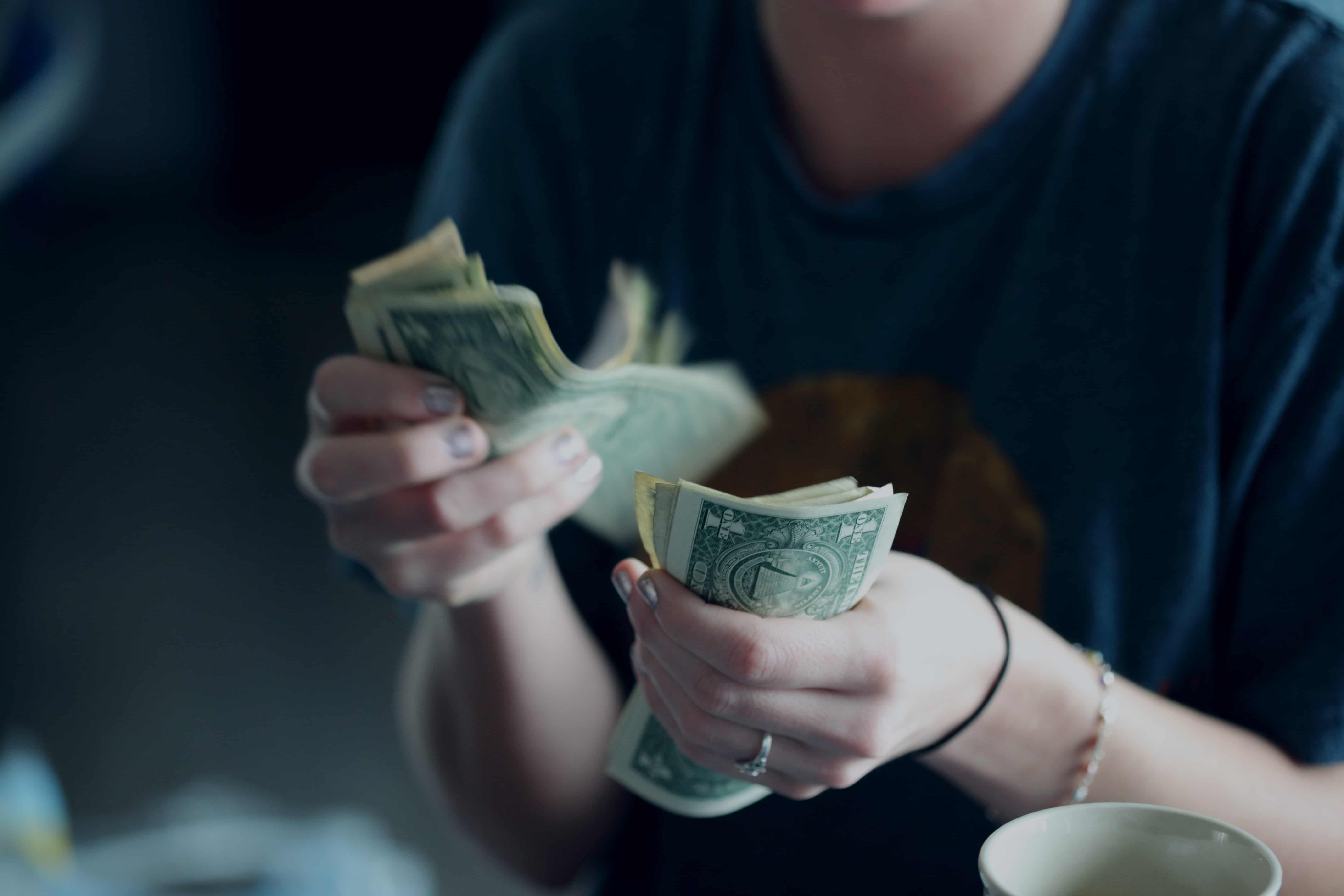 For restaurant workers, getting a paycheck isn’t always simple, and it often isn’t fair. With Democrats (finally) pushing for a federal minimum wage increase—for the first time since 2009—issues surrounding fair pay for the hospitality industry are being brought into the public eye.

Between the tipping debate, issues involving inequity between FOH and BOH staff members, and many restaurant workers living below the poverty line, there’s a lot to consider when it comes to wages.

As a career server, I’ve been asked many times how I feel about tipping. My response is usually along the lines of, “logically, I’m against it; emotionally, I’m for it.” It’s a delicate subject, and it affects the livelihoods of millions of hospitality workers like me.

When I think about what I stand for (equality, employers providing living wages, industry workers not being financially subject to the ebbs and flows of restaurant business), tipping doesn’t make sense. If I show up to work and do my job, why should I suffer if it’s raining, or it’s the first of the month, or there’s some event on TV?

Not only does tipping often leave people in precarious financial situations, but its insidious history is actually rooted in slavery. Today, at the heart of tipping is the idea that customers are responsible for making up for employers being unwilling or unable to pay their staff fairly. And some customers don’t feel like they should have to assume that responsibility—and some don’t. Sure, we quietly curse bad tippers at the server station, but that’s all we can do.

How would people in other industries feel if they depended on the morals and principles of the public for a paycheck? It probably wouldn’t go over very well.

That said, I’m human. And I like making money. I like the excitement and adrenaline that comes with the potential to always make more. Grabbing that signed credit card receipt and finding a generous tip is a joy. The satisfaction I feel from seeing the extra attention I put into my customers’ meals pay off (literally) is part of what I like about serving.

I like tipping. But I feel guilty about it.

Danny Meyer made waves by implementing a no-tipping policy in all of his restaurants. The idea of fairly paying staff was at the core of his brand. Until it (apparently) didn’t work, and he quietly did away with his no-tip policy in the summer of 2020. Now, Meyer’s FOH staff can receive tips, and BOH staff receive revenue share and increased compensation.

Is it fair? Who’s to say. It might not be perfect, but it’s a lot more than what most restaurants do.

Admittedly, the fact that workers at Meyer’s restaurants can now receive tips makes me view his company differently—I’d now consider working at one of his restaurants. As a server, his former no-tipping policy made me (and many other FOH workers I know) completely write-off his restaurants as a possible place of employment.

Democrats are working to pass a bill— the Raise the Wage Act— that will increase the federal minimum wage to $15 an hour. It will also eventually get rid of the tipped minimum wage. It would do away with the current system, under which employers are supposed to make up the difference if their employees don’t make federal minimum wage once tips have been factored in.

If it passes, paychecks won’t be increased substantially right away. Instead, the federal minimum wage will increase from $7.50 to $9.50, and tipped minimum wage, which is what many hospitality workers receive, will increase to $4.95.

Non-tipped minimums will increase gradually, as will the tipped minimum wage. Eventually, (most likely in 2027) the two rates will converge and tipped-minimum wage will be a thing of the past.

If this happens, it will mean big changes for hospitality workers in every position. Should tipping culture stick around for the next six years, FOH workers will likely make more money than ever. Some BOH workers will also make more, but the wage discrepancy between the two restaurant universes will endure.

In the restaurant world, some companies aren’t taking to the proposed bill very kindly. TGI Friday’s CEO Ray Blanchette discussed what he believes will be the consequences of the policy in an interview with CNBC. He warned of fewer hours for FOH workers, higher menu prices, and an increase in inequality between FOH and BOH workers. According to Blanchette, many of the company’s BOH staff already make $15-$18 per hour, and having to pay FOH workers the same wages would disrupt the company’s economic center of balance.

It’s not just big franchises that are apprehensive about the possible changes. Small, family-owned restaurants have been battered by the pandemic, and with the government providing little relief, most restaurants are already struggling to make ends meet. Many restaurants can’t pay rent (92% of them in NYC as of December 2020), so the pushback against a bill that would increase operating costs is understandable.

Since restaurants of all sizes are scared about the proposed changes, some companies are preying on that fear in their marketing tactics. Take, for example, the restaurant technology company Grubbrr. They advertise their self-service kiosks as a $1/hr work-around to Biden’s proposed $15/hr minimum wage. It’s predatory, to say the least.

However, some people in the industry are equally vocal about their support for the bill. An Eater article, “These Chicago Chefs Support Raising Prices If the Minimum Wage Increases” makes it clear that there is support for the bill. That support comes with the understanding that menu prices will need to be raised. If employers have to pay their workers higher wages, more money needs to come from somewhere to make the numbers work in an industry that already operates on notoriously razor-thin margins.

Many restaurants are ok with the idea, because they understand what’s happening behind the scenes. Getting customers on board is where the challenge lies, because they’ll just see that their favorite sandwich will cost a few bucks more, or their go-to cocktail will be slightly more expensive.

Customers’ willingness to understand that higher menu prices will be the result of more transparency (and basic economics), rather than a product of restaurateur greed will be essential to the industry’s survival. The argument that a higher minimum wage is going to crush restaurants can be proven wrong if consumers are willing to exercise a little mental flexibility.

Yes, your lunch might cost more. But the people making and serving your lunch are likely being paid more fairly. If the tipped minimum wage is done away with, it might mean it’s time to lower the bar for what’s considered a good tip.

Who’d ever thought I’d say that?