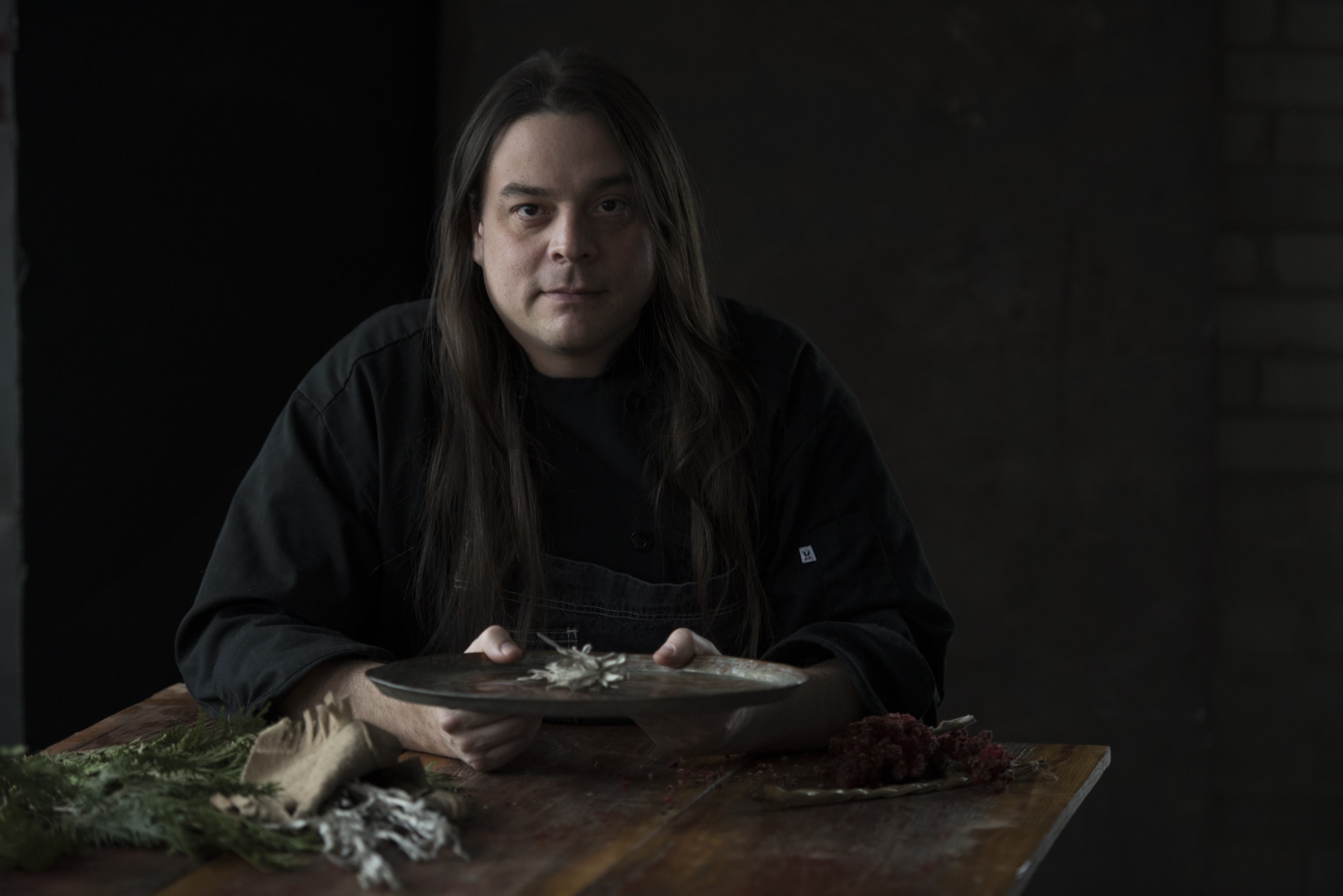 The Sioux Chef, Sean Sherman, published a powerful and personal piece about the true history of Thanksgiving, what it meant in the past, and what it means to him today, in TIME Ideas.  Chef Sherman, a member of the Oglala Lakota Sioux Nation grew up on the Pine Ridge Indian Reservation, the poorest county in the U.S. with the second lowest life expectancy in the Western Hemisphere, and yet, like his life and his work, Chef Sherman’s Thanksgiving message is uplifting and hopeful.

The thing is, we do not need the poisonous “pilgrims and Indians” narrative. We do not need that illusion of past unity to actually unite people today. Instead, we can focus simply on values that apply to everybody: togetherness, generosity and gratitude. And we can make the day about what everybody wants to talk and think about anyway: the food.  ~ Sean Sherman, The Sioux Chef in TIME Ideas

It’s not often that on the eve of Thanksgiving the voice of a Native American is heard in the mainstream media, or at any other time for that matter.  So it’s an especially poignant lesson in the history of America, that today, at a moment of such great divisiveness in our country, The Sioux Chef should step up and talk about unity while reminding us all about the real and tragic history of Thanksgiving, and of America.

Though I feel the first peoples of this nation have a right to anger, Chef Sherman’s tone in his TIME article isn’t angry.  Instead, the James Beard Award-winning author of The Sioux Chef’s Indigenous Kitchen distills the bitter truth without leaving a bad taste in the reader’s mouth. His message is beautifully written and very worth your time to read.

When I asked Sean what it meant to him to publish such an honest piece in a mainstream media outlet, he replied, humbly, “I am so honored that a publication like TIME would allow my personal perspective and voice on their platform.  It is our hope to reach as many people as possible, and we can’t do it without networks like TIME to share our story and vision.”

For me personally, Chef Sherman’s beautiful and moving article is a thing to celebrate in and of itself as I share Thanksgiving with loved ones.  This holiday has never sat well with me since university, when I studied in-depth the true history of colonialism, missionaries, and the first peoples of the Americas, attended my first pow wows, then went on to lobby for indigenous rights on Capitol Hill.

I find Sean’s focus on food to be a blessing, a way to celebrate in good conscience that which I find difficult to stomach – a holiday with a false pretense.  His message can give all of us who – like Sean himself – love and have built our lives around food, an honest reason to genuinely embrace Thanksgiving.

No matter where you are in North America, you are on indigenous land. And so on this holiday, and any day really, I urge people to explore a deeper connection to what are called “American” foods by understanding true Native-American histories, and begin using what grows naturally around us, and to support Native-American growers. ~ The Sioux Chef Sean Sherman in TIME Ideas