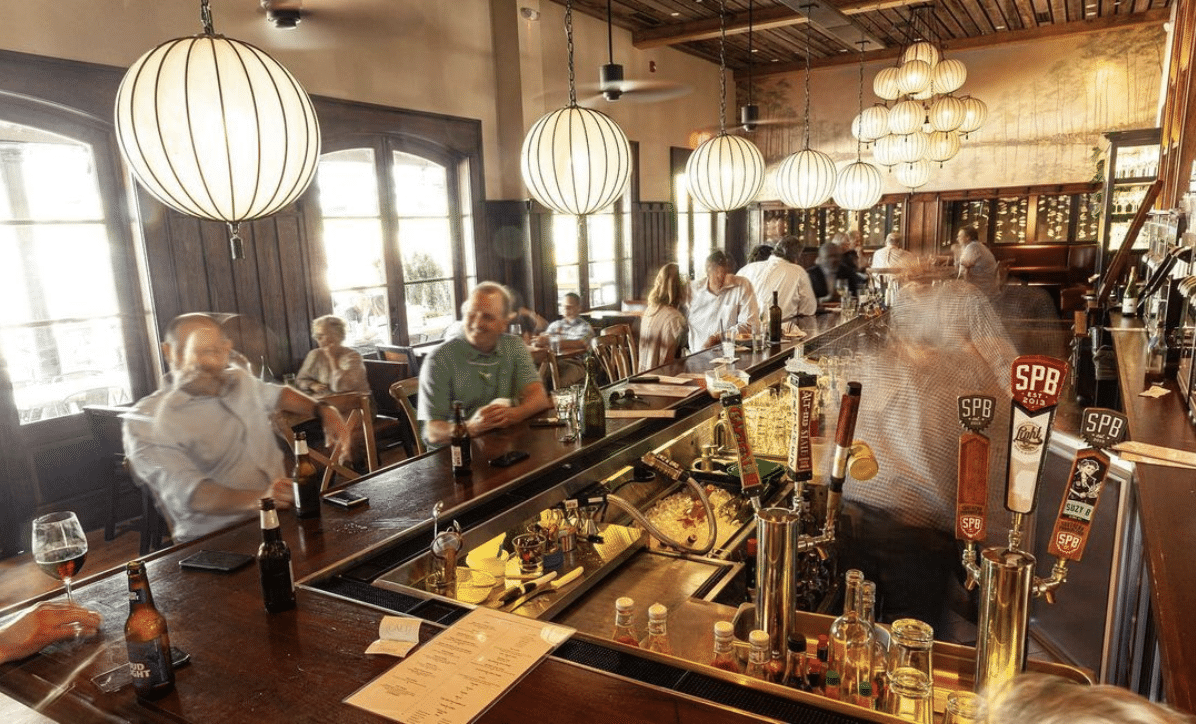 At the onset of the pandemic, there was no work for people in service. Fast forward to today, and there are more restaurant jobs than there are workers willing or able to take them.

Since indoor dining is being allowed in greater percentages, and warmer weather is making outdoor dining more feasible, restaurants need more staff. The issue is, many can’t find the labor they need.

The volume of openings on job boards like Craigslist, Harri, and Culinary Agents is unprecedented.

As someone who’s been in this industry for years, I know what it’s (usually) like to look for a restaurant job. In the pre-Covid world, I’ve been to open calls where I was competing against dozens of other candidates vying for a single position. Now, ‘help wanted’ ads are going unanswered.

Some restaurants are resorting to offering sign-on bonuses for new employees. Take for example, an ad on Craigslist for Mister Dips (a casual ice cream and burger concept by noted chef and restaurateur, Andrew Carmellini) that offered a $500 bonus for new team members.

Mr. Dips isn’t alone in its idea to incentivize employment. A quick search for the term “bonus” on the NYC Craigslist food/beverage/hospitality board yields a surprising number of results.

Sure, offering a sign-on bonus to a high level manager or executive isn’t unheard of. But, offering a bonus for hosts, servers, and cashiers? That reads more like a telling sign of the times.

I reached out to Culinary Agents, and Alice Cheng, Founder and CEO, weighed in on the effects of Covid on the current job market.

When she discussed the difficulties some employers are having finding workers she said, “The sheer volume of delayed projects, re-openings and new projects that businesses are hiring for simultaneously is causing a near term supply issue regardless of how many people are looking for jobs. Our data also suggests that job seekers are actively searching, looking and being more selective during this time. Some have physically moved either temporarily or permanently in the past year, some simply need a bit more time to decide what their next step is.”

Not only did Alice discuss the effects of Covid, but she also shared her insight on how changing business models are altering the way restaurants are approaching staffing. She said, “As businesses are planning for reopenings and future growth, changes in needs and priorities driven by new business models have affected their hiring processes. In addition to traditional roles that need to be filled, new positions (some hybrid) have emerged suggesting a more consolidated approach in certain areas of the business and growth in other areas.”

According to Alice, changes such as having to place a greater emphasis on delivery, are far-reaching, since they impact both high-end and more casual establishments. She shared that, “For some, delivery was never part of their operations pre-Covid yet it has been the very means that allowed them to survive and build deeper relationships with guests during the pandemic. Others have taken on broader social responsibility and plan to incorporate that into their new business models. New considerations, including in-store flow to accommodate retail, delivery and takeout, have already started to drive hiring needs and team composition regardless of the specific industry segment.”

Restaurateurs are undoubtedly feeling these changes, and noticing how difficult finding people to work can be. Among factors mentioned by Alice like physically moving and re-evaluating their careers paths, there’s also another issue at play—unemployment money.

As a result, restaurateurs like Jennifer Emerson, who co-owns four restaurants in Mississippi with her husband Derek Emerson, who’s been both a James Beard finalist and semi-finalist for Best Chef in the South, are suffering. In fact, Jennifer has only been able to fully open three out of her four restaurants—CAET, Local 463, and Walker’s Drive-In. However, her fourth location, Parlour Market, has only been able to open for private events. And it’s not because of restrictions or lack of demand—it’s because she doesn’t have enough labor.

Not only has she been unable to fully reopen one of her businesses, but she’s also had to dramatically cut her hours of operation, scrapping lunch services and happy hours because she doesn’t have people to work them.

In an interview with CulEpi, she said, “For the most part, business would be back to normal if we didn’t have a staffing shortage. And that’s everybody in town fighting for even terrible servers. For the most part, you’re not firing people you would normally fire.”

Jennifer pointed to extended unemployment benefits as one of the reasons she’s having a hard time finding employees.

“We’re fighting over people we never would have fought over before, and it’s really a terrible situation. But everyone has remained on unemployment or they’ve totally gotten out of industry. There’s a serious, serious shortage. Even though we’ve been hiring since we reopened in June, we’re at half staff than we were before the pandemic. We were a company of 150-200 and now we’re a company of about 87, with three restaurants operating.”

According to Jennifer, NYC restaurants aren’t the only ones using desperate measures like hiring bonuses to attract workers, and though her company isn’t one of them, many places in Mississippi are resorting to the same tactics.

However, in her eyes, these steps aren’t working, and many restaurants are simply having to ride out the storm. Some are even posting signs like the one below, which reads, “We are short staffed. Please be patient with the staff that did show up. No one wants to work anymore.”

And though the unemployment stipend is partially to blame, Jennifer says it’s not the only factor at play, as many of her top-tier employees like GMs or executive chefs have left hospitality for careers with more traditional hours and environments. She said, “You have this whole segment of the population who’ve worked nights and weekends for their entire adult life. You give them six months off and they’re like wait, we can live like normal human beings! Let me see what else I can do for a living.”

From someone who works in a restaurants’ perspective, it’s easy to understand this side of the conundrum. For many, going back to work means going back to jobs that are public-facing, physically demanding, don’t offer benefits, and come with a degree of financial uncertainty. It means risking exposure to a deadly disease. It means having to find care for children who aren’t yet back in school.

For tipped workers, it means serving fewer patrons—and making less money. In my experience, when restaurants were first allowed to reopen, customers treated service workers with gratitude and respect. They tipped well, said thank you, and did everything they could to make us feel safe. Sadly, as time has gone on, that sentiment has faded, and tipped workers certainly feel the financial impact.

Personally, I was ready to go back to work. But, I’m also young, don’t have children, and live alone. If someone lives with an elderly relative, has kids to look after, or has an underlying health condition, it’s easy to see why they wouldn’t feel the same way. There’s more to the story than “no one wants to work anymore.”

Technology companies are using the labor shortage as a way to push automation. If serving or bartending or cooking is too much risk without enough reward, robots might be the solution many restaurants are stuck with. It’s a scary thing to think about.

The situation feels like a make-or-break moment for the industry. Restaurants need to step up to the plate, or risk losing the people who make hospitality wonderful, welcoming, and special.

Regardless of the root causes, the labor shortage is impacting bar and restaurant owners everywhere. And there’s no clear end in sight. Jennifer sums it up perfectly by saying, “It is epidemic across the country. It isn’t relegated to NYC or Jackson, Mississippi, the big city or the small city. It’s all over—it’s almost like a new pandemic.”