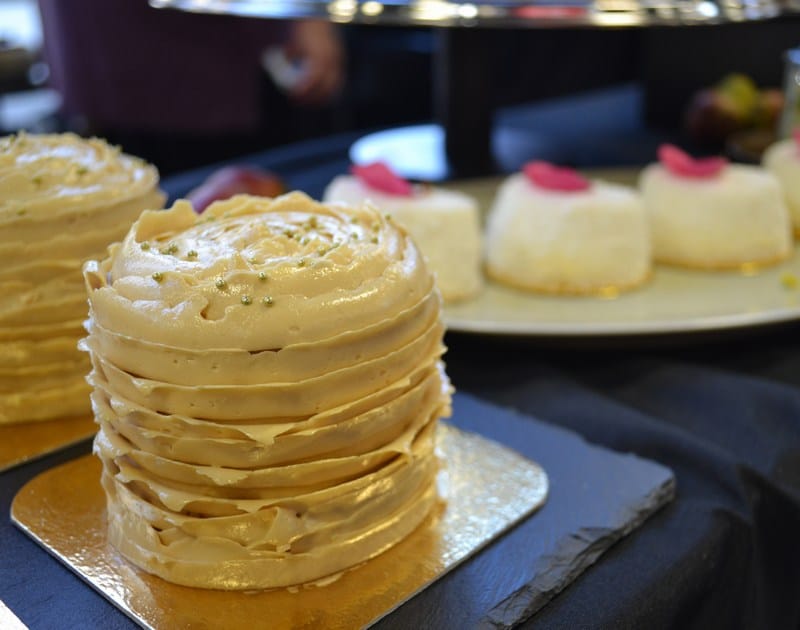 This month sees the return of the StarChefs International Chefs Congress at the Brooklyn EXPO from October 21-23.  We’re so damn excited we can hardly wait, because there’s no other industry-only event quite like it in the US!  Our Founder and Editor-in-Chief  Regina Varolli has attended every ICC but one since its launch in 2005, and she tells everyone there’s so many reasons to go, but here’s our list of the Top Ten this year!

9) Killer Competitions: From the Valrhona C3 Finals to Kikkoman’s Blended Burger Battle and StarChefs Somm Slam, you can get your competition fix and maybe even motivate yourself to join in some culinary combat next year!  Among this year’s competitors are Elizabeth Falkner and Jehangir Mehta in the Burger Battle, and The Fat Duck’s Ettore Beligni and Mina Pizarro of NYC’s L’Appart competing in the Valrhona C3.

8) Feed Your Brain:  With this year’s ICC theme, “Cooking With Respect: Better People, Better Food” there’s going to be ideas a-plenty being served up on the main stage, in seminars and workshops, and in conversations continuing throughout the show floor. Don’t miss out on being a part of the industry striving to change for the better!

7) Parties!  There’s always plenty of parties going on when ICC comes to town, but you won’t be privy without a Congress Pass!

6) Congress Cocktail!  At the attendee-only Congress Cocktail, you’ll be memorized by the mixing flurry as you mingle with the crowd toting elixirs from star bartenders across the country. It’s all you can drink under one roof, so thankfully you don’t have to drive!

5) Food, food, and more food! Of course, it wouldn’t be a chefs congress without more fantastic food than you can sink your teeth into.  From pop-ups to food carts to samples galore, get a goûte of some of the best chefs and products around, including Michael Gulotta of MoPho and Maypop, Aaron Bludorn of Café Boulud, and Salvatore Martone of L’Atelier de Joël Robuchon.

4) Employees Only!  StarChefs ICC isn’t for everyone, it’s not open to the general public, just industry professionals from all walks of this wonderful world of hospitality. Which means you can bitch all you like about Yelp, bombastic bloggers, and cranky customers without fear of backlash because you’re surrounded by sympathetic culinary comrades!

2) Networking to the Next Level:  You never know where your professional network can take you, but the broader its reach, the farther you can go.  Only a few events will lead to so many new contacts as you can pick up at ICC, so don’t forget your biz cards!

1) Dominique Crenn Takes the Stage!  She’s just about the most exciting and controversial chef around, and her huge talent has been recognized with two Michelin stars for Atelier Crenn (which we think ought to be 3!), and the title of “Best Female Chef” by San Pellegrino, an award-granting body she rightly called out as being sexist in its inclusion of more male than female chefs on its World’s Fifty Best list – even having a “Best Female Chef” wrongly puts women chefs in a separate category, which hardly makes them equal.  We can’t wait to see her main stage demo and hear what she has to say in her panel discussion “A Path Forward: Women in the Kitchen”!

Tickets for the 13th Annual StarChefs ICC are still available!   Click here to find tickets and a full break-down of the three-day packed ICC schedule.