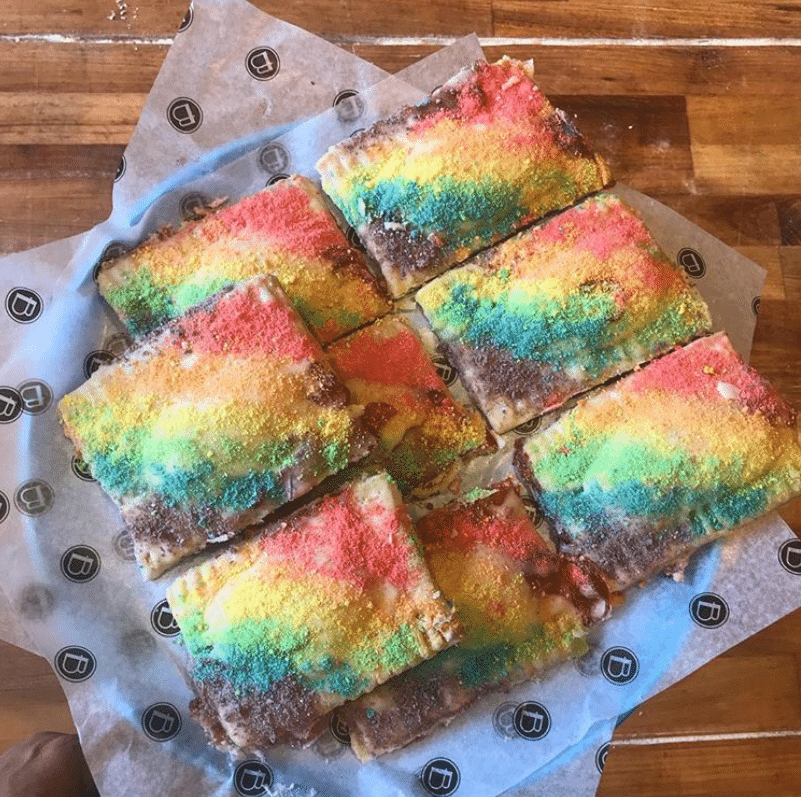 Restaurant kitchens are known and romanticized as fast, cut-throat, male-dominated workplaces, thus workplaces that aren’t necessarily accepting of chefs who don’t fit that mold. Women of course have a tough time excelling in an environment that reeks of machismo, but what about gay men, who also face potential discrimination? As Gay Pride Month comes to a close, I spoke with two chefs who have similar but distinct experiences as gay, and Asian, men in kitchens, where the personal and professional lives of minorities inevitably collide.

Although I intended to just discuss sexual identity, race naturally came into both conversations independent of my questions. When I spoke to Atlas Manuel Amante, the Chef Tournant at Eataly in New York City, who’s currently prepping a pop-up dinner series called Ninuno, he said, “Being Asian and being gay in the kitchen is automatically seen as being weak.” Amante finds it difficult to be fully accepted within a variety of communities because, “No matter how much I assimilate myself to American culture, I’ll never be an American to most Americans’ eyes. When I went back to the Philippines I wasn’t Filipino enough. Even in the gay community, I’m not gay enough. Why do you not act this way, why do you not wear these clothes, why do you say these things and talk this way?”

Pichet Ong, Pastry Director at The Line Hotel in Washington DC and multiple James Beard Award nominee, noted he doesn’t see a lot of other Asians in the restaurant industry, outside of Asian restaurants, perhaps for cultural reasons. In his experience growing up in a Chinese household, “My parents used to say, you spend half your time cleaning and scrubbing countertops, cleaning refrigerators, being blue collar. They want their children to grow up ‘professional’ and have ‘a good life.’ I think that’s why there’s not many Asians in kitchens because we grew up with that kind of mentality.”

Ong and Amante take similar approaches when it comes to addressing, or not addressing, their sexual identities at work, which isn’t as immediately noticeable as their race. “It’s something that might come up and I don’t make any effort to highlight or conceal it, it’s just part of who I am outside of work,” Ong explained. “But because you work so closely with people, personalities often have to come through in order for you to set yourself apart from others. It’s the same thing as letting your food or your culinary style shine through in your work.”

When they do end up mentioning a boyfriend to coworkers, there’s potential for the kitchen staff to treat them differently in light of this new information. But when asked if he’s felt discriminated against, Amante said, “To the extent of not being able to move up or facing unequal opportunity, not exactly, but sometimes I do get the sense it’s more of an internal problem stemming from cultural issues.” These cultural clashes can take many forms, like when he found “Chino” written in black Sharpie on his chef’s jacket, or after introducing his boyfriend to a coworker, who then remarked, “So who’s the man and who’s the woman?”

“I gave him a laugh, but before, my old self would be quick to try to educate people, but it gets tiring,” admitted Amante. “Culturally I understand where he’s coming from, being from Mexico. This male dominance, being macho, is very prevalent and it’s so embedded, so sometimes I just have to choose my battles. That was just a moment for me to walk away. He knows who I am. I’m gay, I’m Filipino, this is who I represent and at the same time, I’m a good person. That’s all I could show him, and hopefully his perception of things will change.”

This is the subtle way that minorities can take action to cement their place in the kitchen. Ong has also made it so that being gay or Asian isn’t necessarily a hindrance to his career, since his background and experience entails a fresh or different perspective. As he puts it, “Nothing negative has ever come out of discrimination, due to my circumstance of being fortunate and perhaps how I turn it around to make it an advantage, a privilege to have someone like me.”

Amante ensures that who he is isn’t a problem by first building trust with his coworkers professionally. “When I go into the kitchen there is a need to not overexpose myself. There’s this need to prove myself, that I’m strong. Whatever it is, I can do it,” he said. He then feels more comfortable revealing he’s gay when, “They see the way I work and what I could do at work. I feel like there’s much more respect. I don’t want being gay to be something they see as an obstacle for me to perform my job.”

And why would someone’s sexual orientation affect their work performance? People are much more than who they’re attracted to, and showing how multifaceted your personality is should be simple and easy inside and outside work. To Ong, being gay is not the primary issue of his life or career. “Let’s just say I have a hundred things that I talk about all the time. Food predominates it. Travel predominates it because do love to travel and I love cultures. I talk a lot about languages and art and history and the environment. There are many issues for me that precedes all of that.”

When Ong or any gay professional sits down to dinner, they don’t just talk about being gay. Even with the rise of queer-focused food spaces, the goal is for all people and all subject matter to be welcomed. For instance, Amante’s dinner series Ninuno won’t cater specifically to the gay community, but aims for a communal, accepting environment which would make gay people and Asians feel as at home as anyone else. Starting in August in Jersey City, Ninuno will focus on and celebrate overlooked indigenous Filipino dishes rather than the colonial cuisine typically found in Filipino restaurants. As underrepresented chefs like Amante and Ong continue to grapple with their perceived differences, the work they do can carve out safer spaces in the culinary world, which will hopefully expand to change the mindset of the entire industry. “Being queer, anywhere I go I think, how should I act? How should I walk, how should I talk? I think about how to behave because I don’t want to offend anyone,” said Amante. “There’s a point we should reach where everyone, no matter what we are, wherever we come from, we should be able to be to sit at one single table and just eat comfortably.”