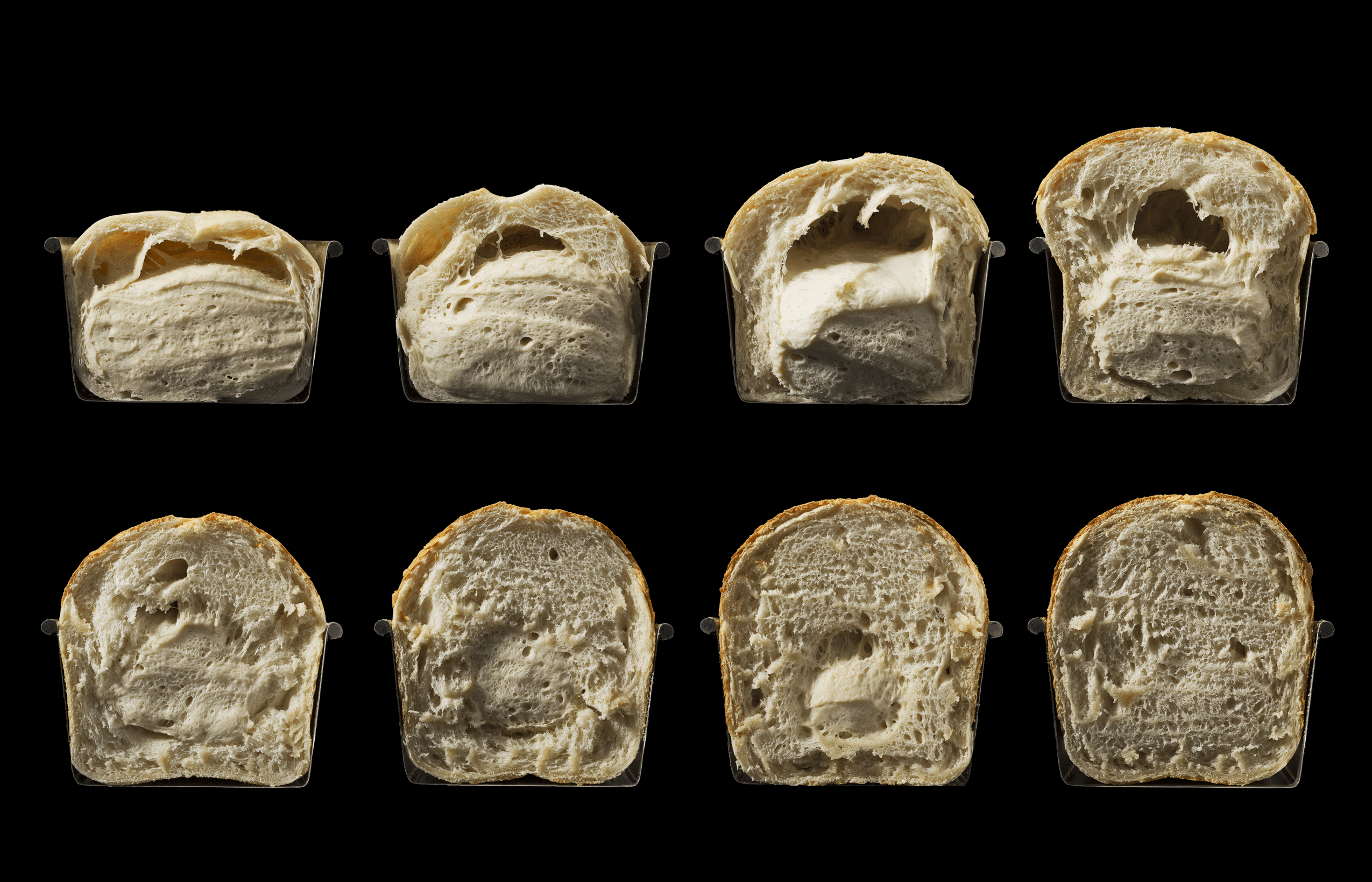 “I feel like this is where I’m supposed to be, like I’ve been working to be here my entire career,” said Pastry Chef Francisco Migoya of his position at The Cooking Lab, where he co-authored the James Beard Award-Winning Modernist Bread with Nathan Myhrvold, the author of Modernist Cuisine. When the opportunity came calling out of the blue, Migoya quit his teaching position at the Culinary Institute of America in New York, closed the chocolate shop he’d just opened eight months prior, and headed to Seattle. “It’s only once that Nathan’s going to call you,” explained Migoya. “He’s not going to wait to see when you’re good and ready and will be available in the next year or so. It was an opportunity I had to take.”

Migoya remembered the moment well, “A recruiter from Modernist called me at the shop and I couldn’t talk because my hands were covered in chocolate. So they left a message asking had I ever heard of Modernist Cuisine. Can you believe it?” He laughed as he said this, “I mean, who in the business hasn’t heard of it? Then they said Nathan was working on a new project and wanted to speak with me about it!”

Francisco had been a huge fan of Nathan’s “groundbreaking and revolutionary” Modernist Cuisine. “When it came out, I remember thinking that if they ever publish a book on baking and pastry I would love to be a part of it. So when they called, I just wanted to say ‘Yes, when do I start?!’ But I had to do the whole song and dance and pretend like I might be interested. Now I hope I’m here doing more Modernist books for many many years. It’s my gig!”

When I saw Francisco Migoya at the recent StarChefs International Chefs Congress, he was of course doing a demo on breads, beginning with one of my favorites, Bao. “I think the spirit of making Bao at StarChefs ICC was to make breads that work well in restaurants,” he explained, “and Bao is incredibly versatile. It’s this beautiful, soft dough you can fill with anything, and it’s super easy to make. You can have a Bao, from beginning to end, in about three hours.”

When our conversation started with Bao, the chef was surprised, “It’s interesting you bring that up because whenever anyone talks with me about bread all they ever want to talk about is sourdough, which, don’t get me wrong, is a great bread, we demoed it at ICC as well. It’s just not the dough I would recommend people make first, it’s a dough you graduate to.”

The bread Migoya recommends for beginners is Rye, which he admits isn’t usually anyone’s first choice. “If you ask people why they don’t like Rye bread they’ll almost always say it’s because they don’t like caraway, and we take pause with that because not every Rye has caraway. It’s an easy dough you simply mix, proof and bake, and you get this delicious, complex, aromatic bread that takes a fraction of the work and babysitting that most other breads do.”

When you peruse the pages of Modernist Bread, you quickly realize this isn’t your average cookbook. Modernist Bread seems the equivalent of a two-year course plus an apprenticeship condensed into five glorious volumes full of stunning photography, historical notes, infographics, and bullet-proof techniques and recipes. “Some people think our books have so much information that it’s slightly overwhelming,” admitted Migoya. “But wouldn’t you rather have too much information than not enough?”

Francisco, Nathan, and the rest of The Cooking Lab team tested every bread in the book in every way imaginable, using different equipment, alternating ovens, and mindfully messing things up in myriad ways so they can share the mistakes and the minutest details with readers. “We deliberately screwed things up so when your breads fail you can look at these examples and see what may have happened, and then you won’t repeat the same mistake the next time.”

Migoya sees mistakes as a pivotal part of the learning process, and he also sees the value of process itself. “It was very important, even before working here, to learn how to enjoy the process more than just the whiz-bang results. If you don’t enjoy the process, making sure things are done precisely and paying attention to details, then any project might fail. For me, it’s a perspective, even understanding how I see failures was important. Do you see failures as learning experiences or are they just failures? At Modernist we learn from them.”

There’s a lot of science in Modernist Bread, and while some argue too much science can be the antithesis of passionate artistry, Migoya rightly counters that claim. “I don’t think science takes away from the spiritual or emotional aspects of cooking, I think it actually enhances it because there’s nothing better than seeing a beautifully and perfectly executed product you’ve made, and it was made better by understanding the science.”

One thing Migoya emphasized about perfectly executing any baked good is the importance of using a kitchen scale at home, instead of cups and teaspoons, and I couldn’t agree more. “Volume is one of those things that’s never precise, and will never be precise, ever ever, so I can’t stress that enough. It doesn’t matter how costly and great your equipment and oven are, if you don’t have the right measurements, nothing else matters.”

For the past four years, Migoya, Myhrvold, and the whole Modernist team have devoted their lives to Modernist Bread. So I closed our conversation asking how it felt when he finally finished the manuscript. “I’m still in shock of it. When I hit ‘send’ on my last chapter I thought it was going to be this magical moment in the lab, and nothing happened, there were no fireworks!” He laughed at the thought, then took a serious tone. “I’m still trying to figure out how I feel about this thing being done and out there in the world. We feel very strongly about it at Modernist and I’m hoping it will be received in a positive light, because I know everyone involved put their best foot forward. There’s really no agenda other than getting people to make better bread.”

This article has been updated and originally appeared on HuffPost.

Thanks tech manzana, we think Francisco’s writing is pretty special, but CulEpi hopes to make good writers out of a lot of chefs who don’t think they can write!