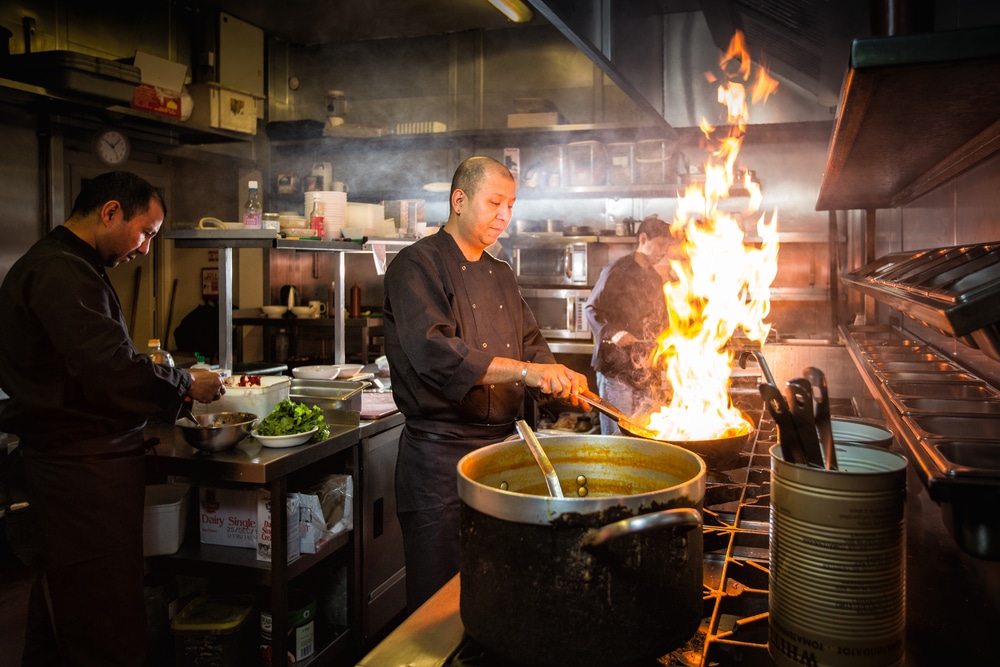 The past two decades have cast the chef in a romantic light. Documentaries like Chef’s Table, Jiro Dreams of Sushi, and The Mind of a Chef have enthralled millions of viewers, painting an idyllic portrait of careers in the kitchen. But while the perception of chefs improved with time, the reality did not.

What goes unmentioned in these glamorous shows is that even today, kitchens more closely resemble working conditions of 1918 rather than 2018. Work is backbreaking, benefits and savings are largely nonexistent, and slim profit margins prevent competitive pay for laborers.

Turnover in this industry is ghastly. With so many restaurants saturating the market, there are more entrepreneurs than cooks. Many managers are unable to put together a proper work force, claiming good help is hard to find. It’s not hard to see why.

The United States Bureau of Labor Statistics (BLS) showed that in 2017, line and prep cooks earned a median pay of $11.52 an hour, making $23,970 annually. These numbers aren’t surprising.

Clearly, lower level cooks aren’t faring well, so what about the top of the totem pole?

In the same 2017 report, the BLS determined that chefs and kitchen managers had a median pay of $22.09 per hour and $45,950 annually. But keep in mind that the BLS offers data in terms of wages, which are hourly units of pay. The truth is, most chefs are salaried, because the amount of hours required for the job would amount to budget-crushing overtime pay. To see how the average salaried chef stacks up, I did some investigating of my own.

Through Glassdoor, Salary, and Indeed — three credible job data compilers — I found the national average for an executive chef in October of 2018 to be roughly $65,000.

That sounds pretty good, but it doesn’t take several things into consideration. Being salaried often means you’ll work at least 50 hours, sometimes up to 80. So right off the bat, you’re losing upwards of 30 hours of overtime pay. That’s a ton of money left on the table. What’s also lost is that while chefs are considered professionals and thus placed on salary, their work is blue collar.

Accountants, lawyers, and doctors may also work 80 hours a week; but they work in offices. They aren’t on their feet for over twelve straight hours, lifting 50-pound bags of potatoes or meat, or dealing with 100 plus degrees Fahrenheit heat at their workstation. ~ Chef Clifton Long Jr.

This brings us to perhaps the biggest problem in the restaurant industry: toxic machismo.

Merriam-Webster defines machismo as “a strong sense of masculine pride[;] an exaggerated masculinity.” This embodies the personality of the kitchen. Tradition dictates that line cooks and chefs are tough: you never call in sick, you don’t take breaks unless it’s for a cigarette, and you suck it up when you burn or cut yourself.

Whenever these archaic expectations are pointed out, industry vets wave their hands, claiming that’s just the way it is. But that’s not the way it should be. Demanding this sort of labor for minimum or near-minimum wage just doesn’t cut it anymore. Though the cost of living has increased, the compensation for cooks has not. “Data shows that in 1968, the federal minimum [wage] was equivalent to $10.90 in 2015 dollars, nearly $4 higher than today’s rate,” reported Kate Rogers of CNBC.

In reality, the best-case scenario for most foodservice workers is getting locked into a lower-level position in a corporate kitchen. You work 40 hours, maybe your breaks are enforced, and you get a nice benefits package. But you’re still essentially living paycheck to paycheck.

So what’s the solution? Before we find it, we have to look at the market as a whole.

After a decade of growth doubling that of all other retail spending, restaurants have hit market saturation. According to The NPD Group, walk-in traffic for restaurants has been on the decline for five consecutive years. Breakfast is the only shift seeing growth, with lunch and dinner on the decline. On top of that, the rise of meal-delivery services like Blue Apron has begun taking a big bite out of restaurant’s market share.

Unfortunately, I fear it gets worse before it gets better. The industry has expanded like a bubble, and it’s poised to burst. Burnout has always been a constant factor of the restaurant business — if I had a dollar for every chef turned sales rep that I’ve met, I could retire right now. Nothing is more sobering in this industry than seeing a cook in their fifties having to pull over 60 hours of hard labor just to make ends meet. It’s unsustainable. It’s crazy. And it’s reality.

The saying goes that a chef has to love the business. But when that same chef is middle-aged, body ravaged by a lifetime of hard work and few benefits or savings to show for it, he or she realizes that the business doesn’t love the chef. ~ Clifton Long Jr

I don’t know how the industry fixes itself. What I do know is that the model is outdated and won’t work much longer. Like a run-down yacht that barely stays afloat, the restaurant business keeps getting a shiny new coat of paint that only helps its appearance. We have to keep talking about it and working towards real changes, because if the industry doesn’t have a major overhaul soon it will sink, and a lot of people will go down with the ship.